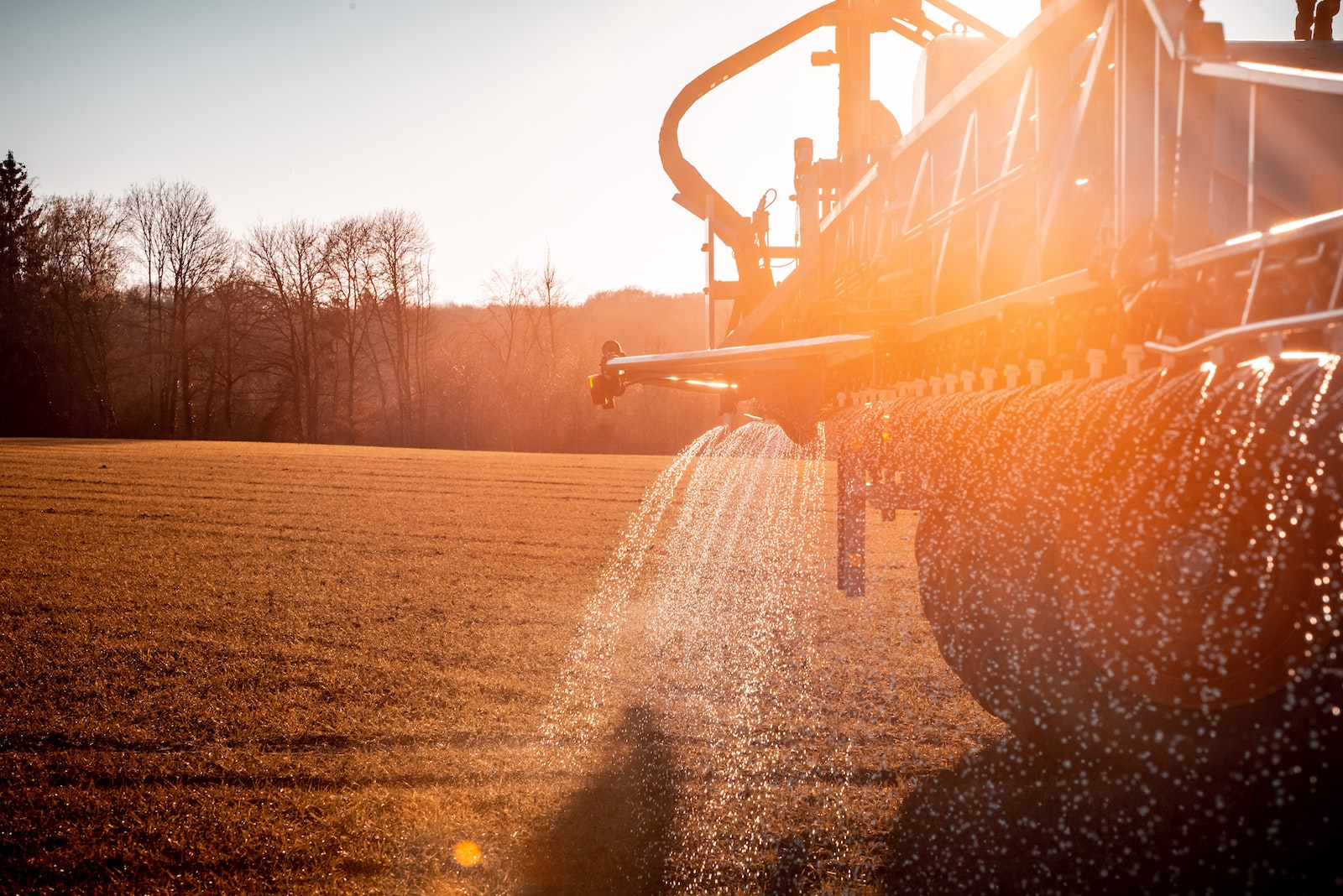 The use of artificial nitrogen fertilizers has soared since the 1960s, and the chemicals are currently responsible for more GHG emissions than the global aviation industry, according to a new report. Photo by Lynn Peiffer / Unsplash
Previous story
Next story

Artificial fertilizers used widely on fields in Canada and worldwide are responsible for almost a third more greenhouse gas emissions than the global aviation industry, new research has found.

The study, which was not peer-reviewed, provides the first global estimate of the climate impacts of artificial fertilizers from manufacturing to application on fields and in orchards. It found that the production and use of the chemicals are responsible for roughly one out of every 40 tonnes of greenhouse gases emitted annually worldwide. Canada is one of the world's top emitters of GHGs from fertilizers.

Despite these harmful impacts, the environmental and farming organizations that supported the research warn countries aren't doing enough to tackle the problem.

"Synthetic nitrogen fertilizers are a major driver of the climate crisis ... and this research confirms it's on course to get much worse," explained Shane Moffatt, head of Greenpeace Canada's nature and food campaigns (Greenpeace was one of the organizations behind the report). "Unless we take action now, (their use) is going to keep growing."

Synthetic fertilizers were relatively uncommon until the 1960s, when multilateral development banks, governments, philanthropists, and agribusinesses made a collective effort to create a so-called "green revolution" in agriculture. This approach produces vast quantities of a few staple crops that produce high yields — if they are fed with artificial fertilizers and protected from disease with pesticides.

While supporters of the approach say it is an essential tool to feed a rapidly growing population, critics note it has done little to address the social and economic inequities that drive hunger worldwide. According to the Food and Agriculture Organization (FAO), about a third of the world's food is produced on small and typically family-run farms that rely primarily on natural fertilizer and farming techniques.

Still, fertilizer-heavy industrial farming has exploded since the 1960s, particularly in countries that economically rely on food exports, like the U.S., Brazil, and Canada. Yet the shift came at a significant environmental cost as excess fertilizers leached into waterways, causing algae blooms and oceanic dead zones, and the atmosphere. Only about a third of synthetic fertilizers applied to fields are converted to food, the report notes.

Creating the chemicals, which are made from natural gas, also generates significant amounts of methane and carbon dioxide. An investigation by Canada's National Observer on the country's largest emitters found that two fertilizer plants — one in Manitoba and one in Ontario — were responsible for about 1.4 million tonnes of CO2 equivalent in 2019, roughly equal to the annual emissions of 304,000 cars.

Fertilizer producers have for decades maintained these emissions can be reduced by a more precise application of their products using robots and other technologies. Yet the Greenpeace report notes these promises have not been hugely successful.

For example, the study notes Canadian farmers participating in the industry's "4R Nutrient Steward Program" — an industry-led effort to reduce excess fertilizer use — have increased their fertilizer use. Moreover, the country's emissions from nitrogen fertilizers have increased in recent years, despite the program.

Artificial fertilizers used widely on fields in Canada and worldwide are responsible for almost a third more greenhouse gases emissions than the global aviation industry, new research has found. #GHGs

Late last year, the federal government announced plans to reduce fertilizer emissions 30 per cent below 2020 levels by 2030 — a move that was met with strong opposition from the fertilizer industry, noted Moffatt.

According to a May briefing note obtained by Greenpeace through a freedom of information request, Fertilizer Canada, the lobby group representing Canadian fertilizer producers, met with federal Agriculture Minister Marie-Claude Bibeau to push back on the regulations. At the meeting, the industry sought a federal endorsement of the 4R program, despite its flaws. Minister Bibeau did not commit to this approach, the document notes.

"We're actually seeing our civil servants and elected politicians trying to act in the public interest in the face of that corporate pressure," Moffatt said.

The fight remains far from over. Just last month, Fertilizer Canada released a report it commissioned that found Canada's 2030 target to reduce fertilizer emissions could cost farmers $48 billion over the next decade. Most of these losses would arise from reduced yields, it noted. Fertilizer Canada did not respond to multiple requests for comment.

While Moffatt applauded Canada's effort, he warned that similar measures aimed at phasing out nitrogen fertilizers are needed on a global scale to tackle the climate and pollution crises. So far, those efforts have been few, including at this year's COP26 international climate conference.

The conference — also known as COP, short for Conference of Parties — brings the world together to hammer out agreements to reduce global warming. It has taken place since 1995. The talks gather policymakers, scientists, environmental activists, climate experts, and news media from the 197 member countries of the UN Framework Convention on Climate Change. COP26 will take place in Glasgow, Scotland, from Oct. 31 to Nov. 12.

Moffatt said he hopes countries will focus on policies to support and develop more sustainable farming practices, like agroecology or regenerative farming, that don't rely on synthetic fertilizers.

"These agro-chemicals are controlled by a handful of global companies that wield enormous political clout and they're saying these are essential to feeding people," said Moffatt. "But there are many leaders in the farming movement who are (using) practices that take us away from these synthetic inputs. Really practical stuff, like cover cropping or crop rotation, for example."

There isn’t enough food talk on the COP26 menu

"But there are many leaders

"But there are many leaders in the farming movement who are (using) practices that take us away from these synthetic inputs. Really practical stuff, like cover cropping or crop rotation, for example."

Absolutely on the right track. There is a huge potential for carbon capture and sequestration and natural nutrient capture and deposition into the soil through cover crops. In fact, continuous cover combined with conservation tillage uses natural processes like photosynthesis and soil biomes is downright revolutionary compared to industrial farming with petrochemicals. Nitrogen comprises 78% of the Earth's atmosphere making it the most abundant element. The application of synthetic N fertilizer makes no sense in this context.

Put another way, what farmer wouldn't love to work less and make more money with no till practices combined with C and N-capturing cover crops that produce greater yields and offers drought and flood tolerance with better soil structure and plants with deeper roots?

Regenerative farming must be included in any climate-fighting plan.