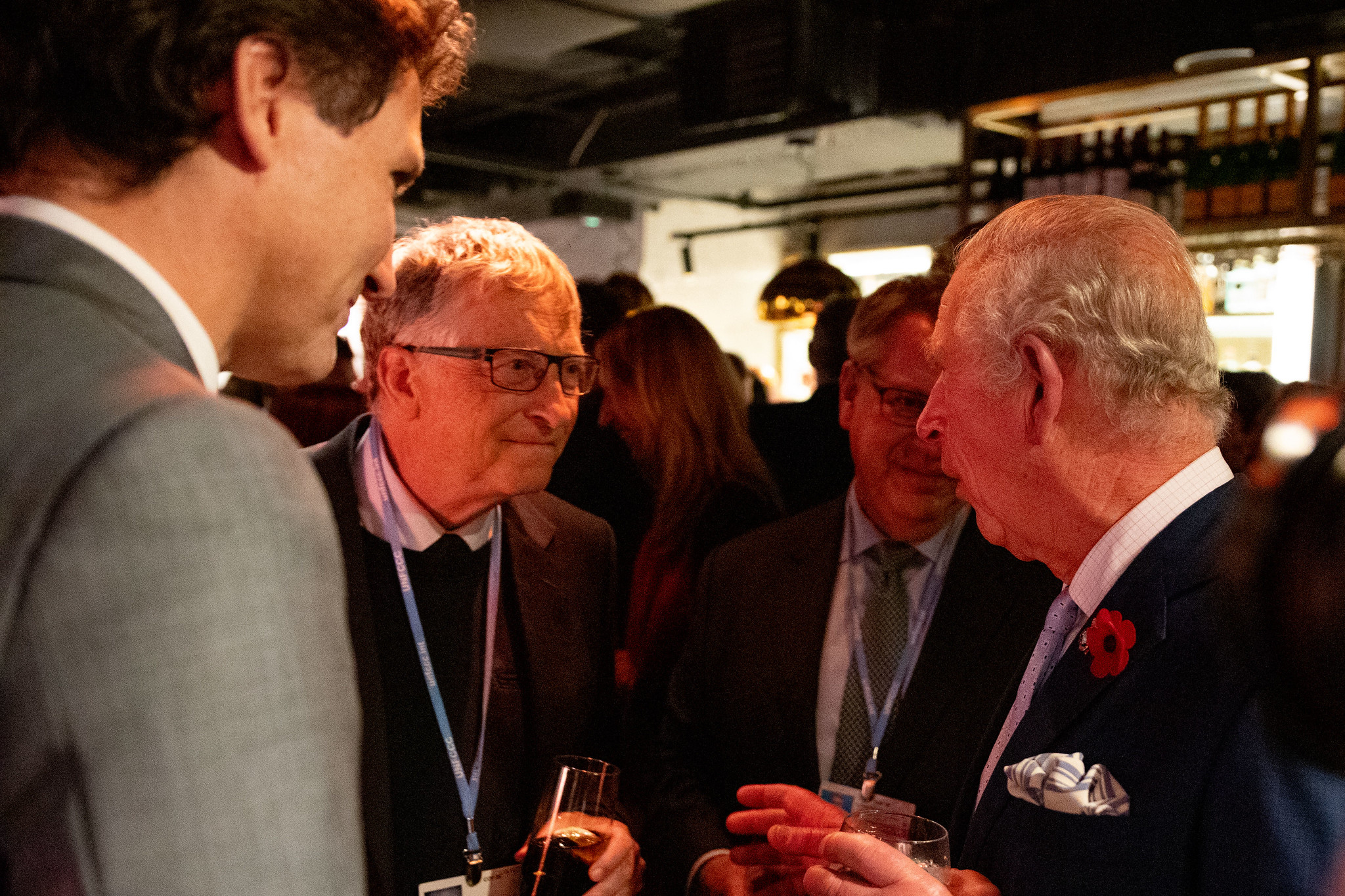 Late Monday, over 100 countries representing 85 per cent of the world’s forests pledged to reverse deforestation and land degradation by 2030, with a dozen countries putting billions of dollars on the table to back the effort.

The dozen countries agreed to commit US$12 billion to protect and restore forests, and the private sector has committed $7.2 billion for the initiative. Canada signed onto the pledge and is one of the dozen to commit to financing, though a specific amount was not immediately disclosed.

“Canada is home to one of the largest continuous forests in the world, and we have a responsibility to protect it,” said Prime Minister Justin Trudeau during a press conference Tuesday evening at COP26 in Glasgow, Scotland.

At a press conference Tuesday evening, British Prime Minister Boris Johnson spoke proudly of the agreement to end “the chainsaw massacre.” But he immediately faced questions about how realistic the agreement is given the past deforestation track record of Brazil, a key signatory country.

Johnson said regardless of what world leaders say and do, pressure is mounting on all sides, particularly from corporations and financial institutions, to make progress on climate change. For the first time, corporate CEOs have agreed to eliminate activities that contribute to deforestation. Companies that don’t, will not attract investment, Johnson said.

“That’s a massive step forward,” said Johnson, adding if they break that pledge, there will be “a price to pay.”

He also noted many financial institutions now say they will refuse to finance deforestation.

Environment and Climate Change Minister Steven Guilbeault said how forests are being managed is changing, with increased attention on protecting biodiversity.

Late Monday, over 100 countries representing 85 per cent of the world’s forests pledged to reverse deforestation and land degradation by 2030, with a dozen countries putting billions of dollars on the table to back the effort. #COP26

"This is the new approach we're seeing on a global scale, and certainly an approach in Canada that we're moving towards in partnership with Indigenous peoples,” he said.

In an interview, Anishinaabe youth Jayce Chiblow from Garden River First Nation, who is a member of Indigenous Climate Action, said she wants to see Canada commit more to reversing land degradation because it isn’t just logging that is turning the forests that were once carbon sinks into major carbon emitters.

“In Canada, where they're still cutting down the trees, they're also using things like glyphosate,” she said.

Glyphosate is a controversial product commonly known by its brand name, Roundup, which was produced by Monsanto until the company was acquired by German pharmaceutical giant Bayer. Glyphosate has been labelled as “probably carcinogenic to humans” by the World Health Organization but is still commonly used across Canada because it kills unprofitable vegetation in areas where logging companies want to grow softwood lumber.

Earlier this year, former Green MP Jencia Atwin tabled a bill to ban glyphosate before crossing the floor to join the Liberal Party. In August, the government hit pause on whether to allow an increase in the acceptable levels of glyphosate on food crops to allow more time for study, offering a bit of hope to environmentalists looking to see the product retired.

Chiblow said the aerial spraying of glyphosate affects the people in her territory in a variety of ways — from an elder whose berry patch was destroyed to killing birch trees, which are culturally important to the nation to make medicines and canoes.

The twin issues of glyphosate spraying and monocropping, where logging companies plant only a single type of tree to be logged decades later, create an unnatural forest devoid of the biodiversity a rich ecosystem supports. Chiblow compared a monocropped forest to a “tree plantation,” which makes wildfires worse because the forest lacks the types of natural vegetation that slows fires.

“So when the government says Canada signed onto this (aiming for) 2030, it sounds great, but this is still going to be happening in our communities,” she said.

Stand.earth co-founder and international program director Tzeporah Berman said the 2030 goal is too far away given the urgency of the climate crisis.

“As we stand here at COP26, thousand-year-old trees are being cut down in British Columbia,” she said.

“These big commitments are pretty meaningless if we're not protecting the most important forests that we have in the country for biodiversity and carbon storage,” she said.

Berman said Canada is not a climate leader until its emissions begin to decrease, and the country commits to a pathway to reduce fossil fuel production in line with what climate science says is required to maintain global warming to 1.5 C, the goal of the Paris Agreement.

“That's the bottom line, and so no amount of tree-washing is going to make Canada a climate leader.”