By John Woodside | News | November 4th 2021
#63 of 98 articles from the Special Report: COP26: Uniting the World to Tackle Climate Change 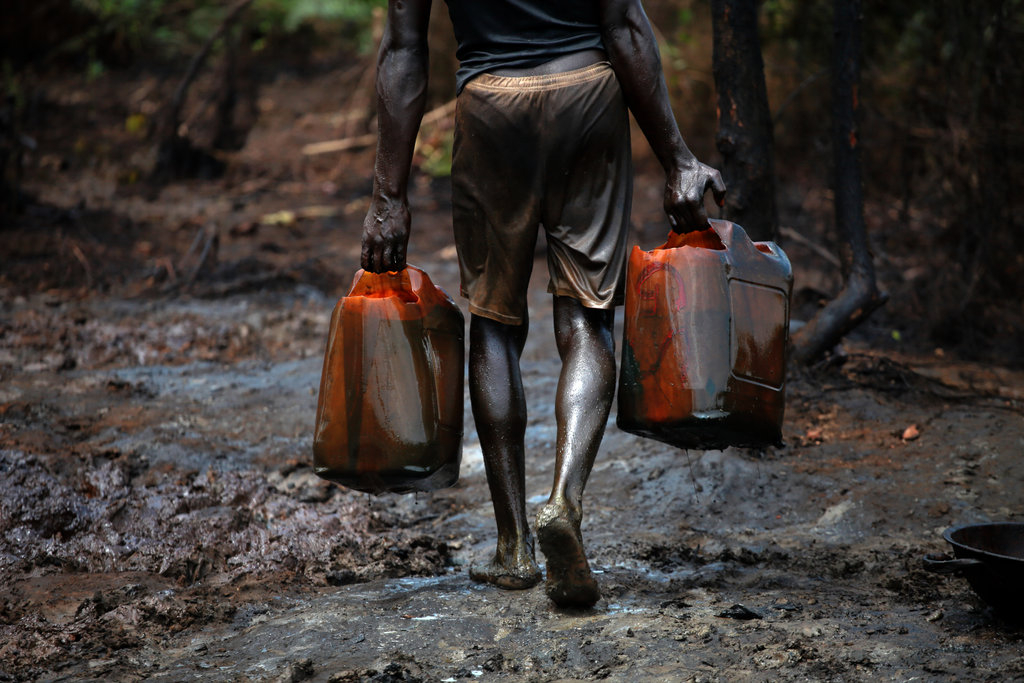 The joint statement, announced Thursday morning at COP26 in Glasgow, Scotland, was an initiative led by the United Kingdom.

The non-binding statement supports a clean energy transition by using public resources to “enhance” what the private sector can deliver, end unabated fossil fuel financing by the end of 2022 and encourage other governments and their export credit agencies to sign on to similar commitments.

Unabated fossil fuel projects are those without technology in place to capture greenhouse gas emissions.

It’s a significant announcement for Canada because, if honoured, climate advocates believe it would let the country climb down from its perch of being the worst among the G20 for international support for fossil fuels.

Wilkinson said part of the reason for the last-minute decision is Canada's recent federal election and the announcement of new cabinet portfolios early last week.

“You need a minister in place to actually make a decision like this. There's no way that the civil service is going to make that,” he said.

“The biggest issue that we had was, was it doable by 2022 ... We went through a process of discussing that with the minister of trade, and with (Export Development Canada), and with others, and we came to the conclusion that we could.”

Amount of funding at stake is a secret

Oil Change International’s public finance campaign manager Bronwen Tucker said it's not clear exactly how much Export Development Canada (EDC) spends on international subsidies because the Crown corporation, for stated corporate competitiveness reasons, is opaque about how much is given to whom. Still, international financing for fossil fuels are estimated at somewhere between $2 billion and $9 billion from 2018 to 2020.

Canada may be able to climb down from its perch of being the worst among the G20 for international support for fossil fuels after signing on to a key energy financing plan at COP26. #COP26 #COP26xCNO

EDC essentially exists to give Canadian companies an edge in the global economy by providing financing and connecting companies to markets.

Enbridge for instance, received $303 million US from EDC in 2018-19 for activities in the United States, while Calgary-based Parex was given at least $94.5 million in loans for oil and gas extraction in Colombia that same fiscal year. In 2019, Australia Pacific LNG Processing Pty Limited received a $190 million loan for the “sale of Canadian goods and services.”

The top recipient countries for Canadian fossil fuel financing from 2018 to 2020 were the United States, Mexico, Australia, and Colombia respectively, though projects in India, Chile, Norway and others have received money, too. Enbridge, Parex Resources, ConocoPhillips and Australia Pacific LNG were among the top recipients in the same period.

No pledge to stop funding oil in Canada, says May

“We can't keep pretending we have enough time to make incremental change. We also have to recognize the investments and subsidies governments, particularly Canada with the worst record, are making and propping up fossil fuels are holding back a revolution of renewables,” she added.

“There’s a contradiction between promising to eliminate overseas public financing, in part because of the risk of stranded assets, and continuing to support infrastructure like the TMX expansion pipeline in Canada that will also quickly become a stranded asset if it is built,” she said.

May said that on top of EDC financing, often Canadian international aid ends up flowing to Canadian companies, too.

“If you go back through our international development flows and funds for decades you'll often find there's a Canadian engineering company hired to do the feasibility studies for them,” she said. “So the funding that's allegedly for the poorest of the poor quite often is subverted to another agenda to make sure it’s helping a Canadian corporation.”

Too much wiggle room?

The statement Canada signed said “we will end new direct public support for the international unabated fossil fuel energy sector by the end of 2022, except in limited and clearly defined circumstances that are consistent with a 1.5 C warming limit and the goals of the Paris Agreement.”

When asked if “except in limited and clearly defined circumstances” gives too much room to maneuver, May said not if 1.5 C is understood in the context of the Intergovernmental Panel on Climate Change’s special report that offered a clearer understanding of the scale of climate damage if that threshold is crossed.

Wilkinson said the United Kingdom drafted the statement with 1.5 degrees in the language, but that “we all recognize that keeping (warming) to 1.5 or below is quite important.”

That’s “because the impacts are perhaps bigger than we thought they were a few years ago if you allow it to go significantly higher than that.”

Quebec premier envisions a future beyond oil and gas

"The non-binding statement"
Does more need to be said?

As with any government pledge

As with any government pledge, it is a binding as public pressure makes it, approbation or praise, makes it real. So tell the government how much you like this before you tell them how much further they need to go.

Could we just once have a

Could we just once have a binding agreement? Just once? Please? So we can tell the kids that we did actually care about them ... their future ... a future?

AND why is there no

AND why is there no commitment to ending financial support to other polluting fossil fuels, like oil and gas? Sorry Mr. Guilbeault, but Canada's stance, again, is very weak, I'd say an embarassment and a kick in the face of today's youth. Stop being so afraid of the Alberta government, Trudeau...Guilbault...! As soon as Alberta starts to change to thermal, wind and solar energy, they'll be happy and will wonder why they didn't do it a loooong time ago.

Hard to understand why

Hard to understand why international development on Canadian soil isn't clearly included.
And it's got to include subsidiaries of international companies, registered in Canada to make them Canadian.