Quebec premier envisions a future beyond oil and gas 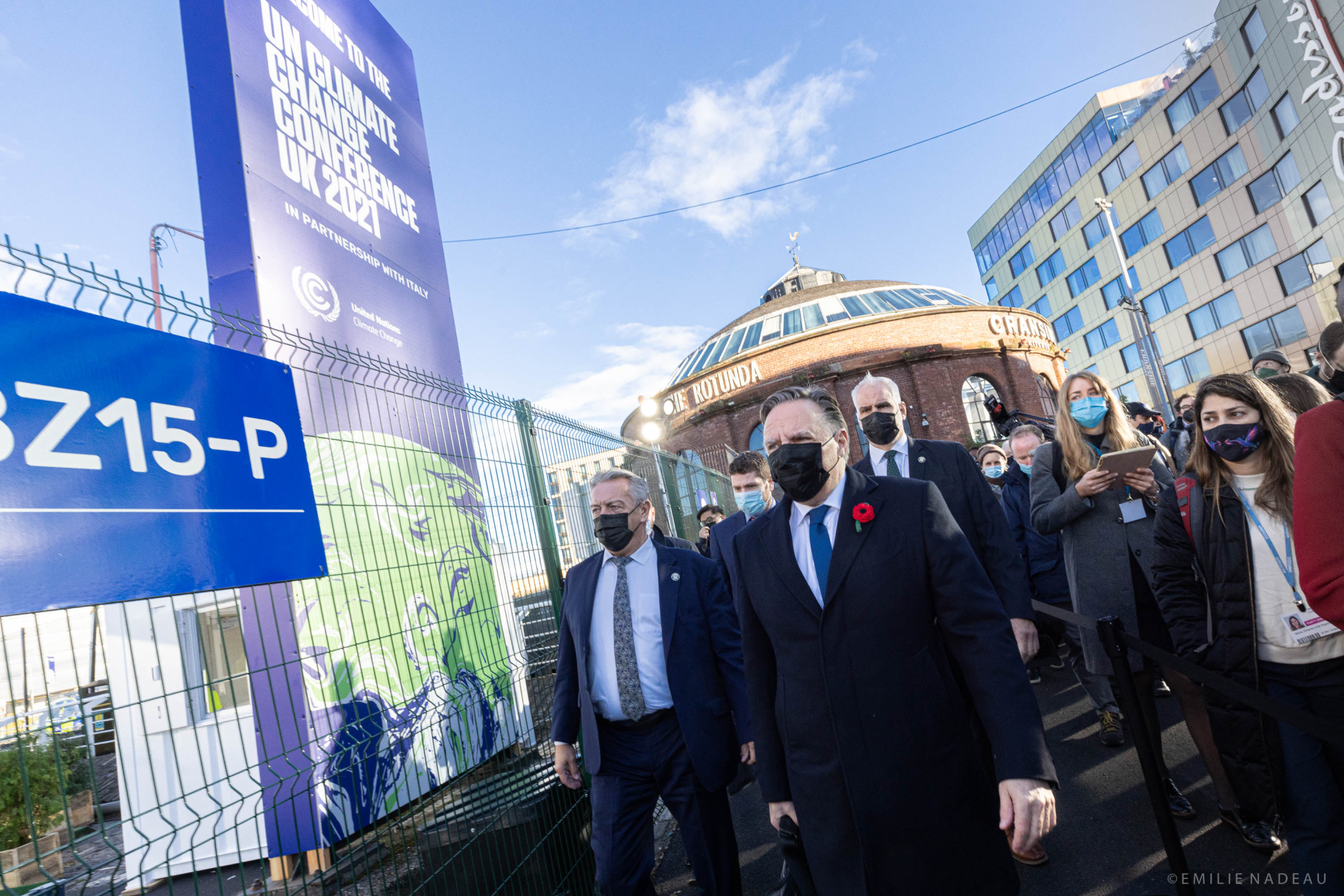 Quebec Premier François Legault announced Thursday at COP26 the province is joining an international alliance to phase out oil and gas production independent of Canada.

The Beyond Oil and Gas Alliance launched by Costa Rica and Denmark targets the supply of oil and gas, rather than the demand for it, in an attempt to accelerate the phaseout of fossil fuels. The alliance does this by banning new exploration and setting targets for the end of production from existing sites.

The move has been rumoured for weeks following Quebec’s decision to axe plans for a multibillion-dollar LNG plant and an explicit ban on fossil fuel exploration last month. Fossil fuels like oil, gas, and coal are major drivers of the climate crisis.

“The reason why Quebec is in this situation is not because of me, it’s thanks to those who were there before me, 50 to 60 years ago, who invested in hydroelectricity,” Legault said during a panel discussion.

“The next big project we have in Quebec is green hydrogen, which means hydrogen that is created by hydroelectricity, so that will allow us to help companies like RioTinto, ArcelorMittal (and) all the big industrials reduce their (emissions),” he said.

In August, Utica Resources Inc. filed a lawsuit against Quebec alleging the province acted illegally by closing the door to its ability to drill. The Centre Québécois pour le Droit de l’Environnement has published a legal opinion claiming the province has the authority to end oil and gas extraction. The lawsuit is pending.

Climate Action Network Canada national policy manager Caroline Brouillette said renouncing fossil fuels is the new norm of climate leadership, and the next step should be enshrining it in law.

“Although this decision may be easier for Quebec to take than other jurisdictions, the opportunity cost is not zero,” she said. “There are fossil resources in Quebec. We know there are billions of cubic feet of gas in the St. Lawrence lowlands, as well as millions of barrels of oil in the southeast region of Quebec.”

Brouillette said while true that Quebec is a smaller player in oil and gas than other provinces like Alberta, making it easier to sign on to an alliance like this, the groundwork was laid by years of activism to oppose fossil fuel development.

“The reason there is very little ... is because of that activism that was sustained over years by local groups, citizens, and front-line land defenders,” she said.

Quebec Premier François Legault announced Thursday at COP26 that the province is joining an international alliance to phase out oil and gas production independent of Canada. #COP26 #cdnpoli #COP26xCNO

“These activists made this decision easier for the Quebec government.”

Canadian Natural Resources Minister Jonathan Wilkinson told Canada’s National Observer there have always been differences among the provinces in their approach to natural resource development, but he said people are concerned with the greenhouse gas emissions that come from oil and gas from coast to coast.

“That's true in Alberta and Saskatchewan, just as it is in Quebec, British Columbia, and the Atlantic provinces, (and) the issue is folks are concerned in some of these areas about the future,” he said.

Wilkinson said the science of climate change is “crystal clear,” but that doesn’t define the specific path a jurisdiction takes toward a net-zero world.

“I think the responsible approach of all politicians is to say we're going to follow the science, but let's figure out for my province, my territory, my country, what's the way we can do this in a thoughtful way that also allows us to have a strong economy,” he said.

NDP Leader Jagmeet Singh said it’s important to look to a world beyond fossil fuels because of their impact on the planet.

“Our big push is we can't imagine that world beyond fossil fuels without a really clear plan for workers,” he said.

“To achieve that world, it means working with the people who are directly affected, and making sure they've got a good job and a good future and a good livelihood.”

— With files from Nora Legrand

And maybe while they're at it

And maybe while they're at it, finding jobs for ppl who've been displaced from the oilfields, they can include in the "good jobs" plans all the people who've lost jobs due to increasing automation, off-shoring, and low wages paid to temporary foreign workers.
The key to everything is a healthy livable income for all.
There could be a good start to that by providing for those who cannot, or who no longer can, work.
The loudest voices are, as always, from those who benefit disproportionately from the mean and dirty corporatist regimes, and it's not because they haven't already laid away riches.
Here's to fairness for all!!!!