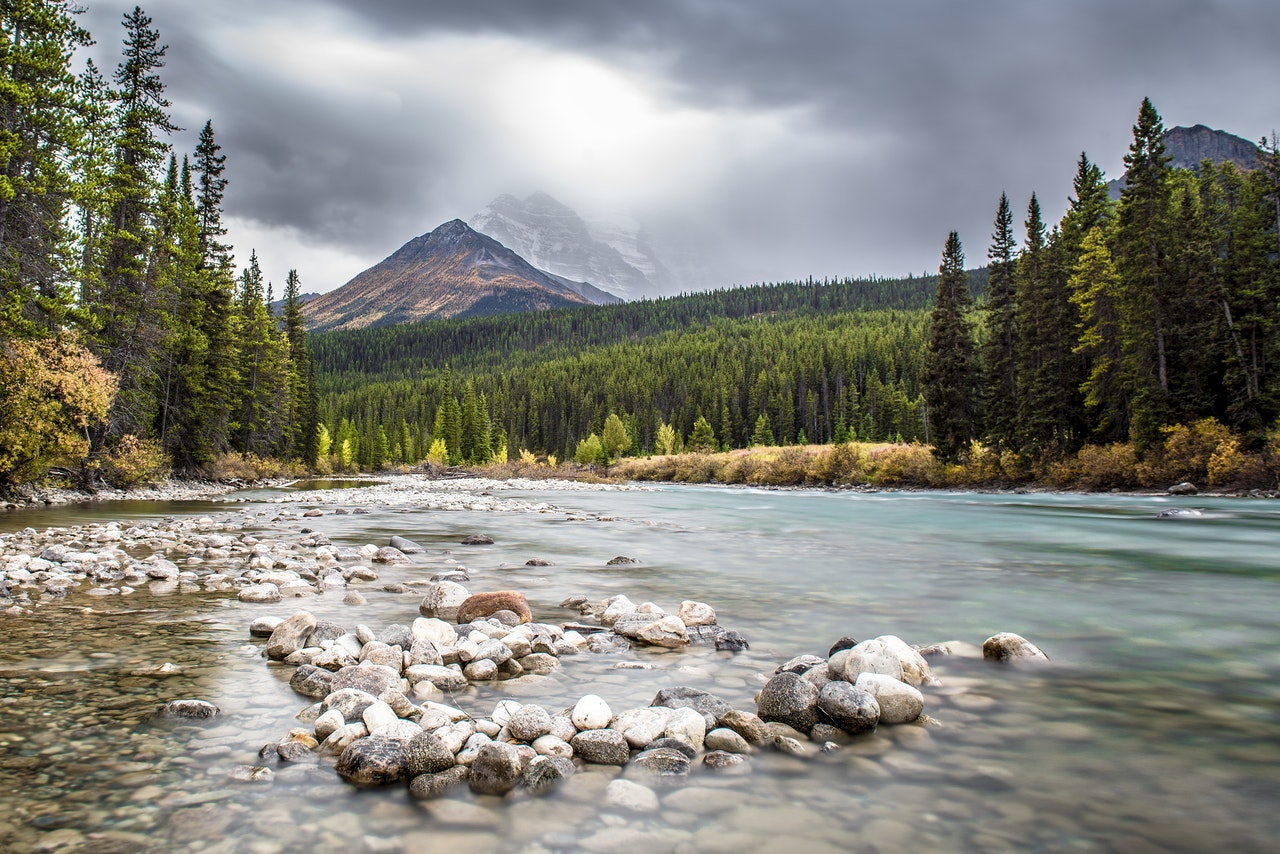 Canada is known for its scenic beauty, but it's record on battling climate change is spotty at best. Photo by Pixabay
Previous story
Next story

Is Canada a climate hero or a climate villain? For those who do not follow environmental politics closely, it is hard to know.

Some will point to Prime Minister Justin’s Trudeau’s bold statements on the need to take action to address climate change and reduce greenhouse gas emissions as evidence of Canada’s leadership. Others will point to the fact that Canada has a dismal record in terms of its per capita carbon emissions, and has continuously failed to meet its own targets for carbon emissions – even after they have been whittled down. How do we make sense of these differing views?

Canada certainly does have a number of internationally well-known environmentalists and climate action leaders such as Sheila Watt-Cloutier, David Suzuki, Elizabeth May, Tzeporah Berman, Naomi Klein, and Autumn Peltier, amongst others.

Part of Canada’s reputation as a good environmental actor also seemingly comes from the pervasiveness of its iconic natural landscapes, which are known worldwide.

Further, on environmental policy, there have been some international successes, such as the Montreal Protocol (signed in 1987) to deal with atmospheric ozone depletion, a process that was facilitated by the Mulroney administration.

At COP 26 this week in Glasgow, Scotland, Prime Minister Trudeau described the destruction of the B.C. town of Lytton by wildfire during a record heat wave this past summer as an example of how climate change has affected Canada. Trudeau also touted Canada’s carbon pricing legislation, and promised that Canada would put a cap on oil and gas emissions to reach net zero by 2050.

On the other hand, while Canada's population makes up only about 0.5 per cent of the world's population, its emissions account for about two per cent of global emissions. Relatedly, its domestic emissions are also more than double the global average.

Another indicator of Canada’s track record is provided by the annual Climate Change Performance Index — a suite of measures that evaluates the performance of nations in addressing climate change issues. Canada is typically ranked near the bottom of this index for the G7 (Canada was at the bottom until Donald Trump came along), near the bottom for the G20, and in fact, near the bottom of all the countries that are assessed. In the 2021 CCPI report, Canada ranks 58 out of 61 countries. The only countries with worse records than Canada were Iran, Saudi Arabia and (Donald Trump’s) United States.

Further, (and somewhat relatedly) the central plank of Canada’s economic development plan under successive Conservative and Liberal governments has been expansion of the fossil fuel industry, which flies in the face of efforts to reduce carbon emissions.

A brief history of Canada’s track record follows. The 1997 Kyoto Protocol is an important marker for thinking about Canada’s record concerning climate change. Participating countries in the developed world committed to reducing their greenhouse gas emissions by a collective average of five per cent below 1990 levels. Canada, under a Liberal federal government, ratified the treaty in 2002. However, Liberal governments under Jean Chrétien and Paul Martin failed to implement an effective plan to meet its targets.

Jeffrey Simpson, Mark Jaccard and Nic Rivers, in their book Hot Air, documented how much of the politics over climate change in the post Koto period was largely "symbolic" in the sense that several parties (including both the federal Liberal and federal Conservatives) provided targets for the reduction of GHGs, but failed to provide effective measures to meet those targets.

In the 2006 federal election, the Conservative Party came to power in a minority government. The Harper led Conservatives openly opposed the Kyoto Accord and professed skepticism about anthropogenic climate change and measures to address it. Indeed, prior to his election as prime minister, Stephen Harper reportedly claimed that addressing climate change was "socialist scheme" designed to suck money out of rich countries.

In the 2008 federal election campaign, then Liberal Party leader Stéphane Dion, made a real effort to take the climate crisis seriously by introducing the "Green Shift" policy, and making it a central plank in the party's platform. An important aspect of the Green Shift policy was a carbon tax. It is debatable as to what the effect of this policy had on the electorate (relative to other factors), but the result of the election was that the Liberal Party received its second-worst defeat in history to that date, in terms of their percentage of the popular vote.

Three years later, the Conservatives won a majority government. While in power, they opposed measures such as carbon pricing and vigorously promoted the fossil fuel sector of the economy. Under the Harper led Conservatives, in 2012, Canada became the first country to withdraw from the Kyoto Accord post-ratification. The Harper Conservatives restricted the ability of federally employed scientists to speak publicly about climate change, and made life for environmental groups more difficult.

Still not meeting its goals

Despite these gestures, Canada is not on track to meet its nationally determined commitments (NDCs) under the Paris Agreement.

Nevertheless, the Trudeau-led Liberals have done more in terms of significant action to address climate change than previous Canadian governments. Most notable of its achievements (though not the only one), is the creation and implementation of a nation-wide carbon pricing scheme, which came into effect in 2019. The Liberals pursued this initiative despite fierce opposition, including court challenges, from several provincial governments and from the official opposition in parliament.

Another indicator of the Trudeau Liberal’s commitment to this issue, is that following the recent election, Steven Guilbeault, a long time environmental activist, was appointed as minister of environment and climate change. Guilbeault’s resume includes having been a director and campaign manager for Greenpeace, Quebec, and also having been a founding member of Équiterre. Unsurprisingly, this appointment was greeted with howls of protest from certain parts of the country.

It should be acknowledged that the Trudeau government spent considerable political capital on this initiative. However, to paraphrase a recent Mehdi Hasan tweet about the Build Back Better act in the U.S., the Trudeau Liberals’ accomplishments on climate change are both unprecedented, and not nearly enough.

Conservative Leader Erin O'Toole at odds with his party's base

I don't see any evidence that