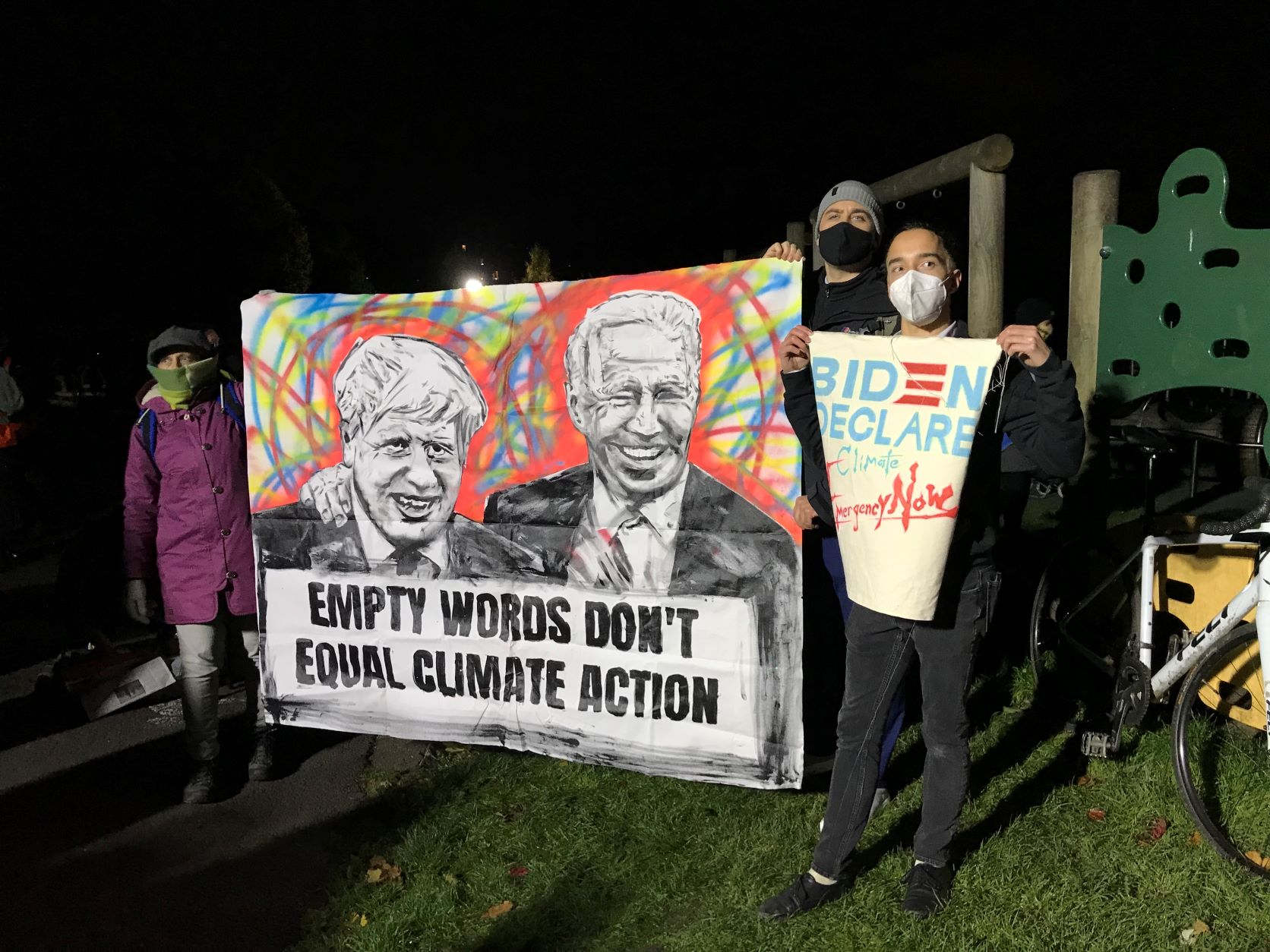 I have spent the last two days listening to leaders of G-20 countries, almost all white men over 50, promising to do everything they can to eliminate the “existential threat to human existence as we know it”. Thanks Joe Biden for making it so clear.

On the way to his final press conference, President Biden whizzed past me, surrounded by a group of 30 or so people, all walking at lightning speed. I felt like a side character in a West Wing episode. Security and COVID protocols meant I couldn’t get into the press conference room, so I sat just outside, watching the livestream. After listening to him speak for an hour, mostly off the cuff, I had the impression he is a pretty genuine guy, who really gets it. You can feel his own shock and outrage when he tells the story of the man who drowned in his basement in a flash flood in Queens. When asked by a Bloomberg reporter why the president should focus on climate change instead of the myriad of other pressing issues facing his country, he answered “because we want to be able to breathe”. Go Joe!

An hour before that, I was in a room with Justin Trudeau as he gave his summation of the two days of climate talks between world leaders. He reported he was proud of the real progress made, including landmark agreements on forest conversation and methane emissions. Another seemingly genuine guy, in his perfectly tailored suit, who really seems to understand the urgency and the intricacies of the climate emergency catastrophe. He exudes positivity and determination. I want to believe, I really do, and yet….

It doesn’t add up.

I just watched these two men stand in front of the world and pledge to avoid catastrophe by keeping the global temperature rise to below 1.5 degrees. Yet both countries continue to give out permits for new oil and gas development. Earlier this year the International Energy Agency, the world’s premier energy modelling entity which historically has supported the oil industry, did its first analysis of what the energy mix would be in a 1.5 degree world. They made it very clear that there was no place for any oil and gas expansion.. In their own words “there is no need for investment in new fossil fuel supply”.

Yet Canada’s oil sands continue to increase production. The Feds have pledged to cap oil sands emissions, but that is well beside the point, because 80 per cent of the emissions come from downstream consumption of Canada’s oil. Meanwhile, Biden just days before was lobbying OPEC countries to produce more oil to bring down consumer prices.

New oil and gas development is not possible in a 1.5 degree world. Trudeau and Biden have known this for a good while. So what are they thinking? Are they being disingenuous? Cowardly? Do they imagine that there is still time? Do they have a macro-strategy that we have yet to discern? Do they think it is someone else’s problem?

Kairn Carrington wants to believe promises made by #Biden and #Trudeau on climate. But somehow, "It doesn't add up," she writes for @natobserver #COP26 #COP26xCNO

I can’t know what’s in their heads or their hearts. But I do know we can’t actually solve this problem until we stop making it worse. The path to climate safety begins when we stop digging up new oil and gas.

This presents valid doubts. What we need is a transition strategy to reverse the current direction while considering low-carbon futures for producers, workers, communities, consumers, and investors. A global floor for carbon taxes is a good start, but perhaps we need a public national process, like the old roundtable table on the environment and the economy, so that decisions are not made in the dark and we can implement a consensus.

I mean, it's just possible I

I mean, it's just possible I'd buy it if they were to say "We're not going to even try to limit oil production, coal mining or natural gas fracking because we can be just as effective and duck those lobbies somewhat by putting all our efforts on the demand side--electric cars, clean power, transit, building retrofits, reform of agriculture--so soon nobody will be buying coal or oil or gas and the production will go away for lack of demand". But they're not saying that, although by default that's probably what's going to end up happening.

But not fast enough, because in fact I DON'T see most of our governments pushing hard on the demand side either. Is the federal government spending billions on solar and wind power? Is it doing much of anything about building retrofits or agriculture? About all we've got is some mandates for required percentages of electric car sales, which is nice. And slightly expanded money for building transit. Oh, and a carbon tax, which is a decent enough idea but is not going to do the heavy lifting for us by magic. This is not serious. We'll win on the power front in the end just because, luckily for us, the technology is so much better that fossil fuels will not be able to compete--something we found out because China and Germany were willing to subsidize it enough for development to happen. But that's no thanks to Canada or Trudeau.