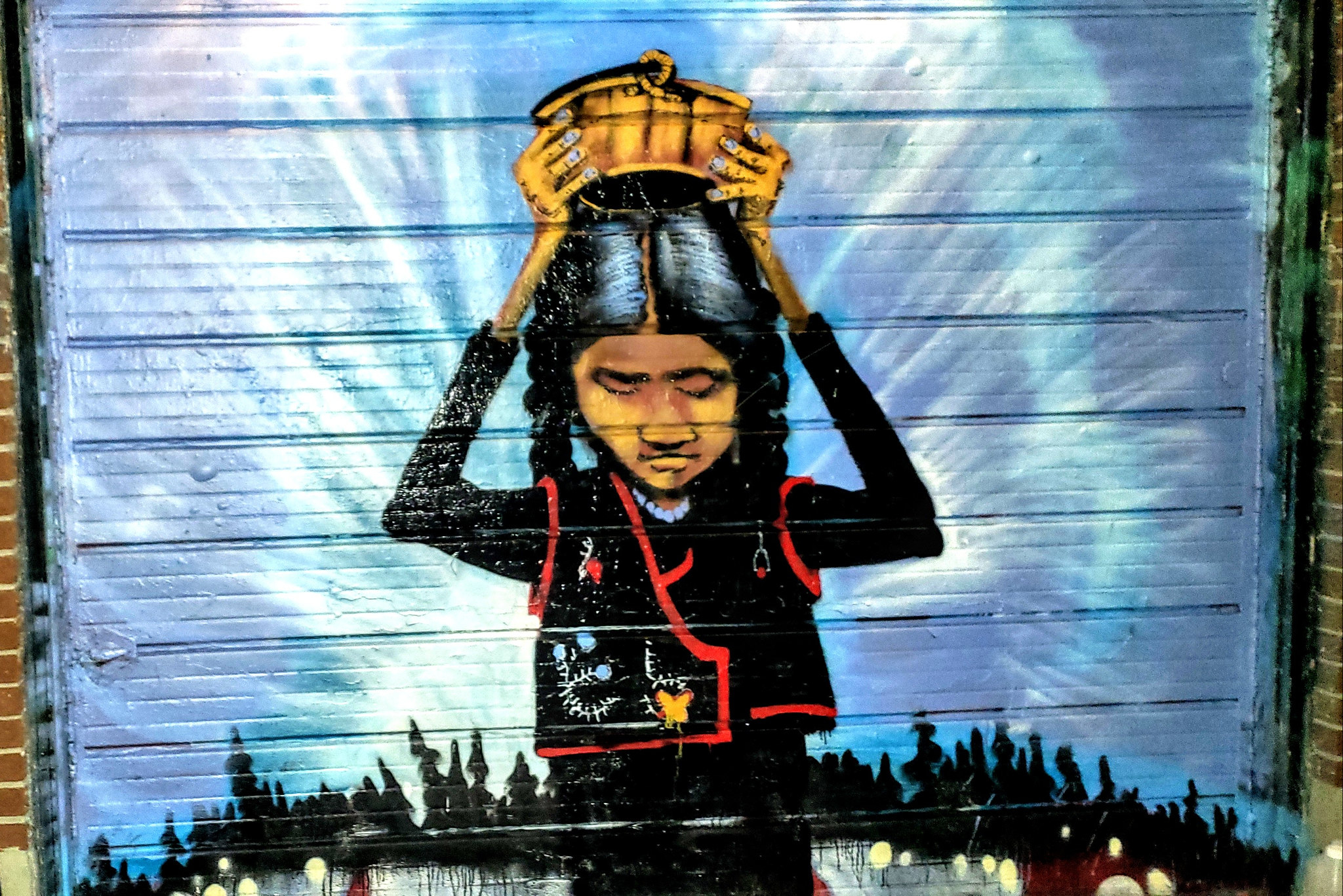 The United Nations Climate Change Conference in Glasgow has arrived at a pivotal moment. We remain on a perilous course that without significant action will consign future generations to a catastrophic increase in planetary temperature.

The increasing impact of climate change will be inescapable, and it will not be equal.

UN figures indicate that 80 per cent of people displaced by climate change are women. This is compounded by higher income inequality and financial insecurity for women globally. They will bear the brunt of future droughts, extreme weather, and famine. We also know that climate instability leads to greater social unrest and more gender-based violence.

But if women and girls are at greatest risk from a changing climate, they are also at the forefront of a growing climate revolution. Within industry, elected to government, and at the heart of their communities, women are organizing locally and transnationally to protect the planet and the future.

This is why we should do more to celebrate climate heroes like Christiana Figueres, and Laurence Tubiana, who played critical roles in securing the Paris Agreement. And Patricia Espinoza, who is working tirelessly to ensure a successful outcome at COP26. Leaders like Jacinda Ardern, Yasmin Fouad, Sharon Ikeazor, and Hilda Heine, who are sustaining global momentum and raising ambition.

We need to honour moral voices like Mary Robinson, the past president of Ireland and passionate advocate for the participation of women in climate change decision-making processes, and the Inuit leader and advocate for the right to be cold, Siila Watt-Cloutier.

And we need to support brave young activists like Greta Thunberg, who popularized climate strikes in the world’s schools and streets, Autumn Peltier, an Anishinaabe Indigenous advocate for clean water and the environment, and Vanessa Nakate, who is elevating the impacts of climate change for people in East Africa.

Alongside these women are millions more who are pushing in inventive and practical ways to mobilize communities, change business, and enact new laws. Grassroots movements and women’s and feminist collectives within the climate and environmental space have been drivers of systems change for more equitable and inclusive societies, putting justice at the centre of climate action and challenging the business-as-usual approach.

This is why we should be inspired by women farmers who, when given access to resources and education, are among the most powerful forces preventing deforestation, raising crop yields, and reinvesting in their families. We need to learn from Indigenous women who employ traditional knowledge to provide solutions and adaptations to climate challenges.

And we need to throw our weight behind women business leaders and executives who are leading the charge for sustainable business practices and helping to move capital towards carbon-neutral products and investments.

Even inside the climate negotiation process, major barriers to women remain. The Gender Action Plan calls for women's full, equal, and meaningful participation in the UN climate process and to ensure a prominent role for women in decision-making and in climate policies. However, despite progress including many country climate plans now cross-referencing gender and more women included in country delegations, less than 30 per cent of the lead negotiators are women. This needs to change.

Mobilizing women in the fight against climate is critical if we are going to win. To address the impacts of climate change on everyone, we need to support and empower even more women to lead on climate solutions in their communities.

Gender has increasing prominence in the conversation about climate change, but we need to make sure the focus on women and girls is at the very heart of the action we are taking to tackle it. The Scottish government is helping to ensure that women and girls will be represented at COP26.

On Tuesday at COP26, Scotland launched the Glasgow Women’s Leadership Statement on Gender Equality and Climate Change, drafted in co-operation with UN Women. The statement commits leaders at all levels of government and civic society to further strengthen efforts to support women to lead on addressing climate change at community, national, and international levels.

At the 2018 Women Kicking it on Climate conference in Canada, we saw how a strong community of talented women working together can promote change. But now we need a platform that can empower women across the world at the scale of this crisis.

That is why we are launching Women Leading on Climate Action at COP26.

The goal is to quickly assemble a global network of millions of women and girls with the skills, resources, and opportunities to lead the climate revolution and achieve the change the world needs.

We are sounding the call within our schools, homes, workplaces, and communities and inviting women to connect with one another in order to elevate and transform the work of women in creating climate solutions today.

Working through new and existing networks and organizations, and in partnership with the UN and Student Energy, Women Leading on Climate Action is focused on mobilizing funding, mentorship, and skills training necessary to scale the women-led climate solutions the world needs.

Social, political, and ecological progress has always been made when women find one another and organize for change. The new climate revolution will be led by women who are emboldened and empowered to do what is right and what the world — and their children — so urgently need.

Catherine McKenna was Canada’s Minister of the Environment and Climate Change and the founder of Women Kicking it on Climate.

Nicola Sturgeon is the first minister of Scotland.

Carolina Schmidt was the minister of women for Chile, currently minister of environment and president of COP25.

Meredith Adler and Oluwadabira Abiola-Awe are leaders with Student Energy.

"Catherine McKenna was Canada’s Minister of the Environment and Climate Change."
Indeed. She had an opportunity to change Canada's trajectory on climate — and she refused it.
Instead, she approved new LNG plants and parrotted the govt's talking points on fossil fuels. Vigorously promoted the TMX pipeline expansion.
Strange world where Environment Ministers promote pipelines. If McKenna did not support her govt's policies, she should have resigned. Instead, she signed off on fossil fuel expansion — and defended the indefensible.
McKenna could have said no at any time. Ever the good soldier, she enabled Canada's failure. If even our Environment Minister bets on climate failure, what hope do we have?

McKenna: "The reality is this is a transition that is going to take decades."
McKenna: "We are in a transition. So transitions don't happen overnight."
McKenna: "But the reality is people are still using oil and gas. We haven't gotten to the point that there isn't this demand for it."
McKenna redefined "transition away from fossil fuels" as a shift that begins by doubling down on fossil fuels, with eventual curtailment relegated to the indefinite future. First we dig the hole deeper, then we climb out. Maybe.

Women and men will work

Women and men will work together - as equal partners - to solve the challenges of climate change. Enough already of labelling or defending one gender as superior to the other. It is 2021 after all...