Focus on food technology at climate conference ignores what most of the world’s farmers need, experts say 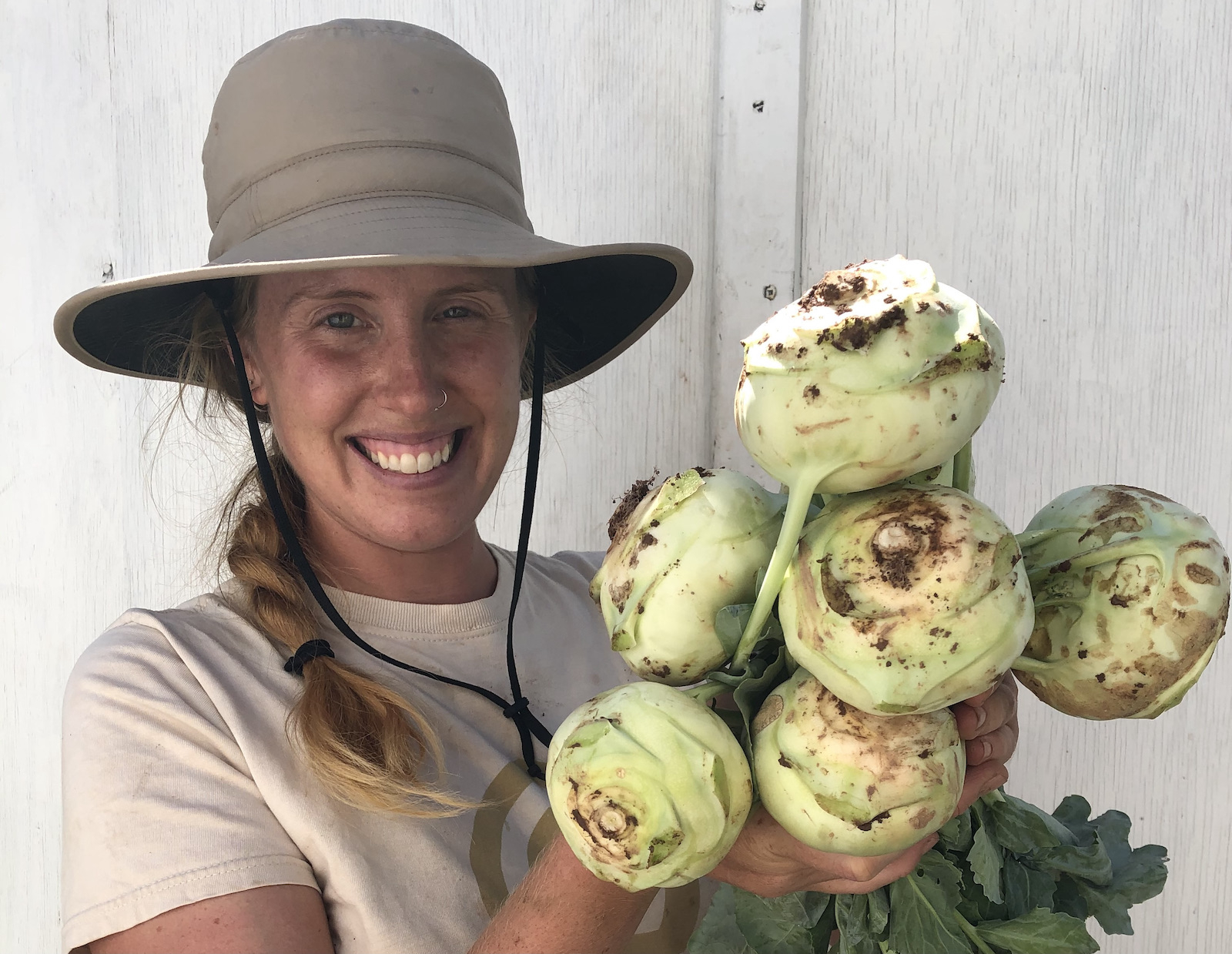 Efforts to make farms more sustainable must include farmers and agroecological principles said Jessie MacInnis, a farmer representing the National Farmers Union at COP26. So far, she hasn't seen enough farmers at the COP. Photo by Jessie MacInnis.
Previous story
Next story

Forty-five governments led by the U.K. pledged Saturday at a global climate change conference in Glasgow, Scotland, to spend billions on transforming the world's farms, fisheries and forests in an effort to make our food more sustainable.

The Global Action Agenda for Innovation in Agriculture — or ClimateShot — wants to use policy reforms to increase spending on agricultural research and investments in new technologies designed to reduce pollution and emissions. Countries also pledged to protect farmers' livelihoods in the face of unpredictable or extreme weather caused by a changing climate.

While technology is being touted as a game changer to reduce greenhouse gas emissions from food systems — the path food takes from farm to fork — some experts say it’s merely a boost for agri-business. They’re promoting a shift that gives a larger role farmers and farming communities instead.

"We need to put people, nature, and climate at the core of our food systems," said U.K. environment secretary George Eustice. "There needs to be a fair and just transition that protects the livelihoods and food security of millions of people worldwide — with farmers, Indigenous people and local communities playing a central role in these plans."

ClimateShot aims to create an international platform designed to help farmers give input into food and agricultural policies, in addition to funding more research into farm emissions, especially from new scholars. It will bolster research into "climate-resilient crops," which could be developed using genetic modification, and other tech-based methods to reduce emissions. It will also try to rally investors around supporting new approaches to agriculture, according to a report outlining the new initiative.

Take for example a drone that uses artificial intelligence to estimate the amount of nitrogen in rice paddies, created by CGIAR, the world's largest agricultural research program. Nitrogen is an essential nutrient for plants but can create harmful pollution and greenhouse gases if it's overused. Estimating whether crops receive enough — or too much — is essential to mitigating the climate impacts of food production.

Food accounts for roughly a third of global emissions, yet historically has held a relatively low profile in international climate negotiations, or COP, short for Conference of Parties to the U.N. Framework Convention on Climate Change (UNFCCC), said Navin Ramankutty, a professor at the University of British Columbia and food systems researcher.

"This is welcome news. We have a biodiversity crisis that is as bad as the climate crisis, but hasn't captured as much attention — farming is the biggest driver of the biodiversity crisis," he said. Still, he cautioned that while raising the profile of food systems in climate discussions is needed, countries must also ensure that efforts support local ecosystems and human rights.

While technology is being touted at the UN climate conference in Glasgow as a game changer to reduce greenhouse gas emissions from food systems, some experts say it’s merely a boost for agri-business. #COP26 #COP26xCNO #food #farming

Critics say the risk in relying heavily on expensive ag technology — including the possibility of trading carbon credits in the sector — is that peasants and small landholders could be pushed out of the system entirely, leaving it to giant companies.

Jessie MacInnis, a Nova Scotia farmer and youth vice-president of the National Farmers' Union International Program Committee, is doubtful the agriculture commitments at this year's COP26 will actually lead to change or involve farmers.

"I think the exclusiveness at this COP is a great example of the way agricultural policy is created, with tokenized input from farmers, Indigenous people, (and) civil society more broadly," she said. If ClimateShot were truly committed to making food systems sustainable and supporting farmers, it would aim to boost agroecology, Indigenous rights and traditional knowledge.

“We should see an acknowledgement that moving towards food sovereignty — not only food security — is how we will move towards climate justice in the agriculture and food system.”

Agroecology is an approach to farming that doesn't use artificial fertilizers of pesticides, promotes biodiversity, and aims to bolster farming communities and food sovereignty. Experts have also found it to be more resilient in the face of extreme weather by reducing farmers' reliance on expensive technologies, mitigating the impacts of droughts and floods on cropland and bolstering farmers' community support networks.

It has been supported as an approach to mitigate climate change by leading research groups and governments including the Intergovernmental Panel on Climate Change (IPCC) and the International Panel of Experts on food (IPES-Food), an independent expert panel made of the world's leading food systems researchers.

"There's no such thing as a 'climate-resilient' crop and no amount of investment can make one happen," said Raj Patel, a professor at the University of Texas at Austin and member of IPES-Food. "Climate change is about both increasingly extreme weather, but also changes in crop patterns, pests, diseases, and levels of predictability."

In a statement, the group said that ClimateShot "recycles" many earlier pledges that stray little from business as usual when it comes to harmful farming practices.

"All these announcements that are coming out on land and agriculture and net-zero are designed to grab our attention and distract us from the fact there is no real policy shift to farming away from industrial agriculture to agroecology," explained Teresa Anderson, climate policy coordinator for ActionAid International and expert on food and agricultural policy. "Industrial agriculture (companies) feel the pressure because the world is waking up to the extent to which they've been climate criminals and are responsible for so many emissions," she said.

Voluntary initiatives like ClimateShot are a "very strategic way for them to avoid regulation by saying 'look, we're already fixing it, you don't need to regulate us.'"