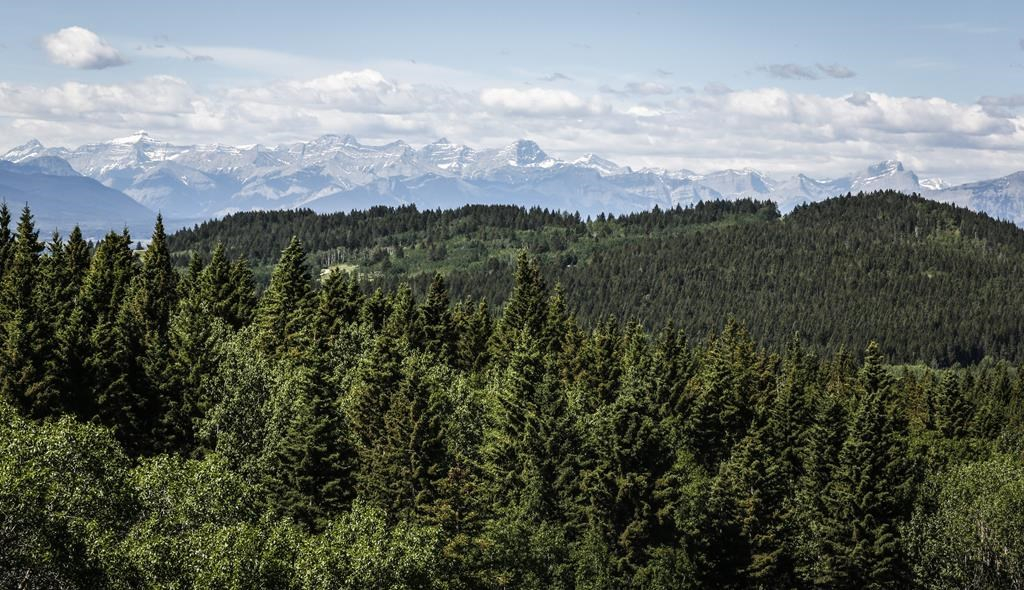 A section of the eastern slopes of the Canadian Rockies is seen west of Cochrane, Alta., on June 17, 2021. File photo by The Canadian Press/Jeff McIntosh
Previous story
Next story

Coal mining on environmentally sensitive slopes of Alberta's Rocky Mountains wouldn't be an overall benefit to the province, a wide-ranging analysis from the University of Calgary has concluded.

"The net economic benefit is minimal," said Jennifer Winter, an economist at the university's school of public policy.

"When you compare that to the fairly significant impacts to wildlife, to the natural landscape, to other economic activities, it's not in Alberta's interest to proceed."

Winter and her colleagues took a different approach to their analysis than a strict cost-benefit breakdown. She said they tried to get beyond weighing wages earned and taxes paid to examine overall economic, social and environmental impacts.

"In many of these project assessments, there is a big emphasis on the economic impacts because we have numbers to attach to them," she said. "It's much more holistic to look at these other impacts as well and identify not just that there are impacts, but who specifically would be affected."

The analysis, released Wednesday, considers the impacts of a hypothetical open-pit coal mine built on land now considered environmentally sensitive. Much of the technical information was drawn from recent hearings, which rejected the Grassy Mountain coal mine proposal for the Rockies.

Using the most recent figures for the price of steelmaking coal and projections for the market, the paper concludes the hypothetical mine would be marginally profitable — about $140 million over the life of the mine. Factoring in a higher cost of capital could even make it a $72 million money-loser.

The report estimates total wages over the life of the mine would be about $35 million, most of which would remain in the coal-mining region.

Against that, the report attempts to weigh environmental and social impacts.

"We can't necessarily monetize them, but they are really important to discuss," Winter said.

"We're not trying to come to a single bottom line. We're trying to decide are these impacts significant enough to outweigh the potential economic benefits."

Those impacts, says the report, affect all Albertans while the benefits are concentrated more tightly.

"The private benefits are concentrated in the project proponent; any increases in tax revenue are marginal given the size of Alberta’s economy, and any incremental labour income is captured by a few individuals employed by the hypothetical mine," the report concludes. "In contrast, the negative environmental and social impacts would affect a much broader population."

"The paper focuses on a theoretical mine that is entirely different from, and irrelevant to, the Grassy Mountain Project," said an email from Jackie Woodman, spokeswoman for Grassy Mountain proponent Benga Mining.

Each project offers unique opportunities and problems and must be evaluated as such, she said. Her company's project, for example, would have cleaned up impacts from old mines and had broad First Nations' support.

"I think it's important to look at the human dimension of this," Kenney said. "I would invite whoever wrote that paper to come and have coffee with a coal-mining family."

"The premier should know which direction the world is going and preparing those families to take on the future. It's quite clear that there's no plan to help these families secure their economic future."

He called the university study one more piece of evidence to an already convincing pile.

"This is confirming what Albertans have been telling us for months."

By The Canadian Press | News, Politics | August 8th 2021
Race to a Safer World