Our futures are being held hostage 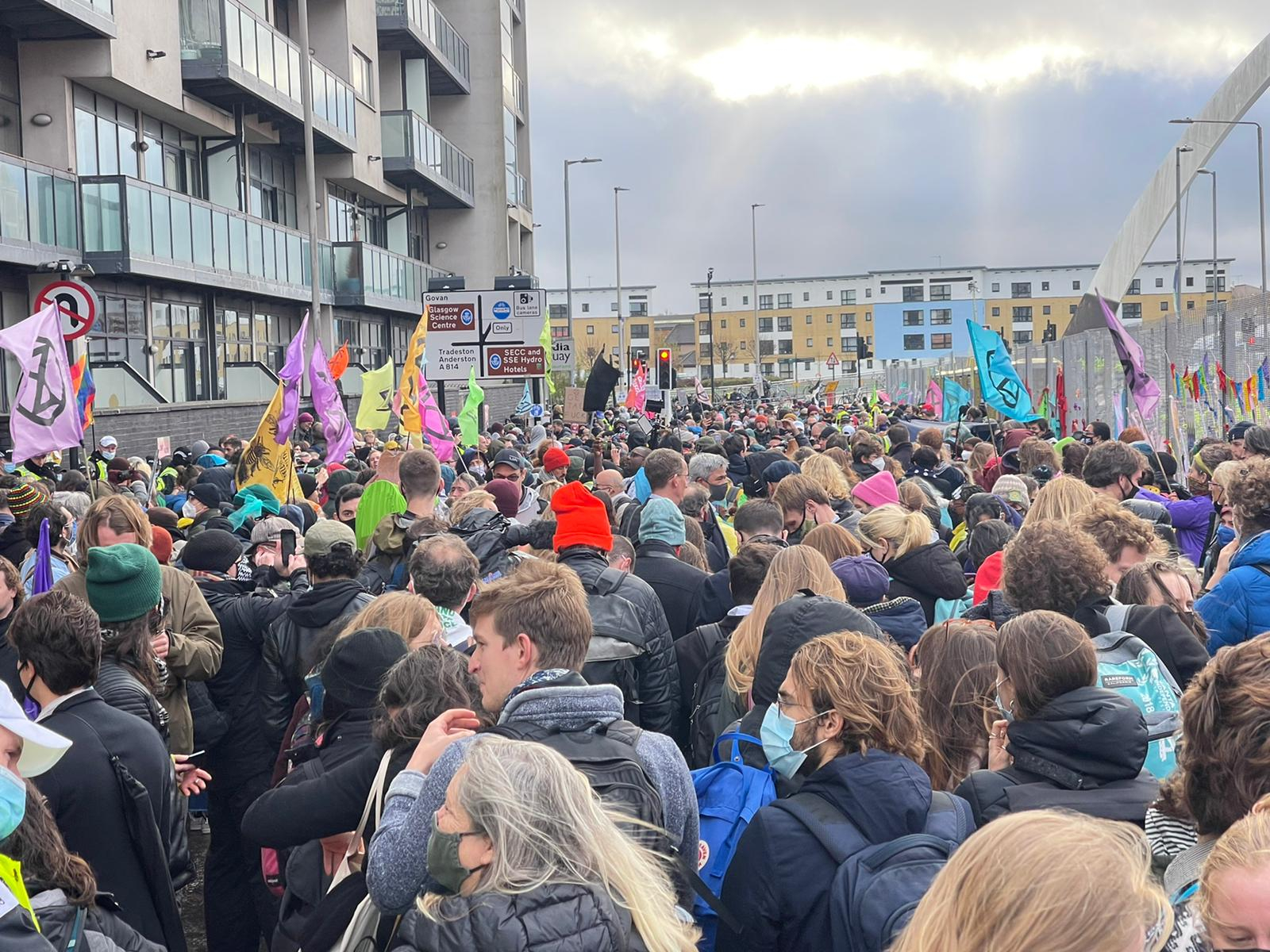 Young Canadians are sounding the climate alarm in an open letter to Canadian politicians. Photo by by Raphaël Savaria
Previous story
Next story

Dear national and provincial leaders from across Canada,

For the past two weeks, we, Canadian youth taking part in COP26, have been watching you.

We have seen you schmooze with industry. We have heard your dismissal of “fair share” emission reduction targets. And we have witnessed your self-satisfaction at half-measures that condemn young Canadians to the climate chaos of a post-1.5 C-changed world.

Now, six years after Paris, with little progress to show for all the time that has elapsed, we want you to know that we see what you are doing. You claim to hear us, yet you ignore our voices and our demands repeatedly.

So we are here, together, to sound the alarm.

You are holding our future hostage

In hostage situations, powerful groups deprive people of basic rights to autonomy in order to achieve a political objective.

You, fully aware that the youngest among us cannot vote, that many of us do not have direct representation in Parliament and that youth as a class lacks the resources to defend our fundamental interests, trade-in our right to a safe and healthy environment without our consent.

We have so much to lose

Opinion: Our lives and our collective future depend on the actions we take today, write Julie-Christine Denoncourt, Claire Warmels, Skylar Kylstra, and dozens of others in an open letter to politicians in Canada. #ClimateCrisis #COP26 #COP26xCNO

They include, but are not limited to:

We do not suffer equally

Young people are not the only socio-demographic group that will be disproportionately burdened by our governments’ climate delay and denial.

By failing to take the necessary action on climate, you — our governments — betray First Nations, Métis, and Inuit communities, to whom you have promised reconciliation. You betray the poor, who do not have the luxury of a private adaptation fund. And you betray all those who are part of intersectionally marginalized socio-demographic groups made vulnerable to the personal, social, and economic upheavals that we are facing in a climate-changed world.

You say you are climate leaders. Prove it.

You don’t have to go to COP26 to make an impact. The actions we take beyond COPs are much more important. Here’s how you can contribute:

Our lives and our collective future depend on the actions we take today.

Dr. Claudel Pétrin-Desrosiers, Canadian Association of Physicians for the Environment

Sadie Vipond from LaRose v. Her Majesty the Queen