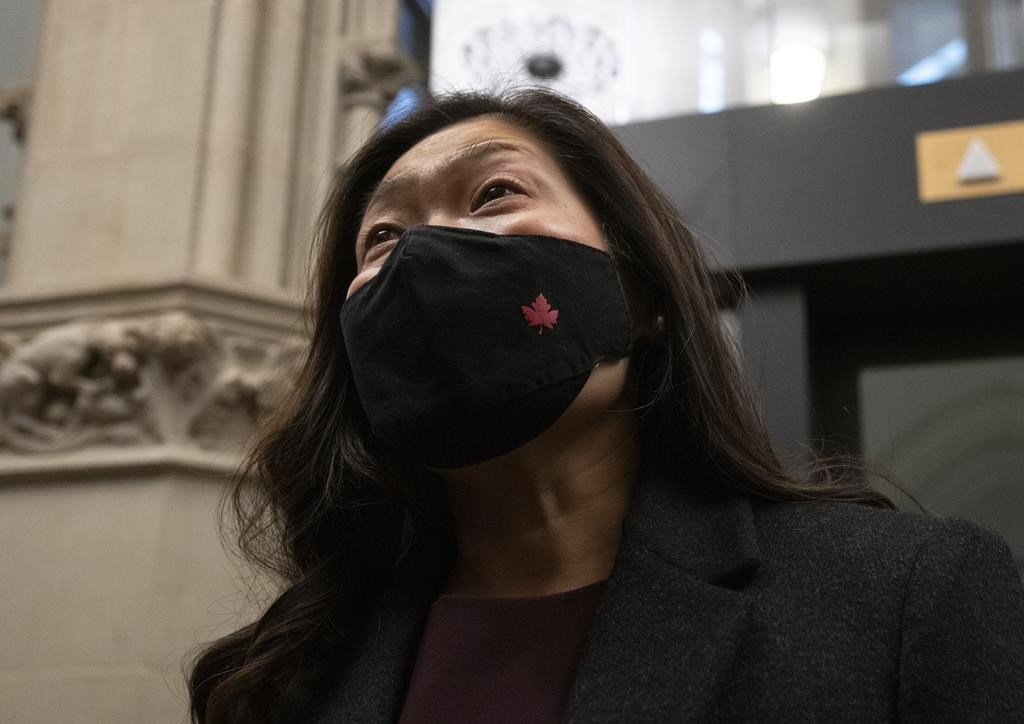 Canada is launching free-trade talks with a major group of southeast Asian countries as it seeks to diversify from China and find new ways of coping with a snarled global supply chain.

International Trade Minister Mary Ng announced the opening of formal trade talks late Tuesday with the Association of South East Asian Nations — known as ASEAN — after meeting with representatives of that 10-country bloc.

Ng heralded the opening of the talks as a significant milestone in deepening Canada's economic relations with the Indo-Pacific region and driving economic growth as the world copes with supply-chain bottlenecks that have plagued global trade during the COVID-19 pandemic.

Three weeks ago, Prime Minister Justin Trudeau told a business forum that pursuing a trade deal with ASEAN countries would be a "win-win" that would be key to driving Canada's growth as it emerges from the pandemic.

"Our government is committed to opening up and diversifying more markets for Canadian exporters and businesses to grow," Ng said in an interview.

Ng met virtually Tuesday with ASEAN ministers and representatives of the Canada-ASEAN Business Council. The ministers agreed to a joint statement highlighting the potential for a free-trade agreement to help diversify supply chains, increase trade and investment, and reinforce Canada and ASEAN's shared commitment to open markets and rules-based trade.

Canada already has preferred access to four of ASEAN's 10 countries — Brunei, Malaysia, Singapore and Vietnam — through the 11-country Pacific Rim trade group known as the Comprehensive and Progressive Agreement for Trans-Pacific Partnership (CPTPP).

"We already have the CPTPP in the Asia-Pacific region. And this adds another 600 million new consumers," said Ng.

She said the region is the third-largest consumer market in the world with a $5 trillion economy.

A deal with ASEAN would open up access to three other large markets — Indonesia, the Philippines and Thailand. The pursuit of a trade deal with ASEAN has been long sought by the government, and the global pandemic has only heightened the need to forge deeper into Asian markets.

An analysis by ASEAN and the federal government estimates that a free-trade deal between them could increase Canadian exports of goods and services to the region by 13.3 per cent.

The early months of the pandemic exposed the overreliance on trade with China as Canada encountered problems gaining access to personal protective equipment and vaccines.

"Overall, stakeholders expressed support for FTA exploratory discussions with ASEAN and highlighted the significant opportunities for Canadians and Canadian businesses in the ASEAN market — notably with non-CPTPP economies (Indonesia, Philippines and Thailand) — across a broad range of sectors, including agriculture, manufacturing and services, among others," said the report, by Global Affairs Canada.

The agriculture sector provided the majority of input with 20 of the 49 submissions on the consultations, and their advice carried a familiar warning about an obstacle that has plagued past Canadian trade negotiations.

"A small number of stakeholders, especially from the supply-managed agriculture sectors, are skeptical of the benefits of a possible ASEAN-Canada FTA. Contributors indicated that support for an agreement would depend on outcomes that provide a carve-out for supply-managed goods," said the report.

Canada's supply-managed dairy, poultry and egg markets have proven to be major bones of contention during trade talks on the CPTPP, with the European Union and in the renegotiation of the North American Free Trade Agreement, where it sparked the wrath of former U.S. president Donald Trump.

"We've been clear as a government that we will protect supply-managed sectors, and we intend to fulfil that," said Ng.

In the recent federal election, the Liberals pledged a new Asia-Pacific strategy to deepen trade ties, including new trade deals.