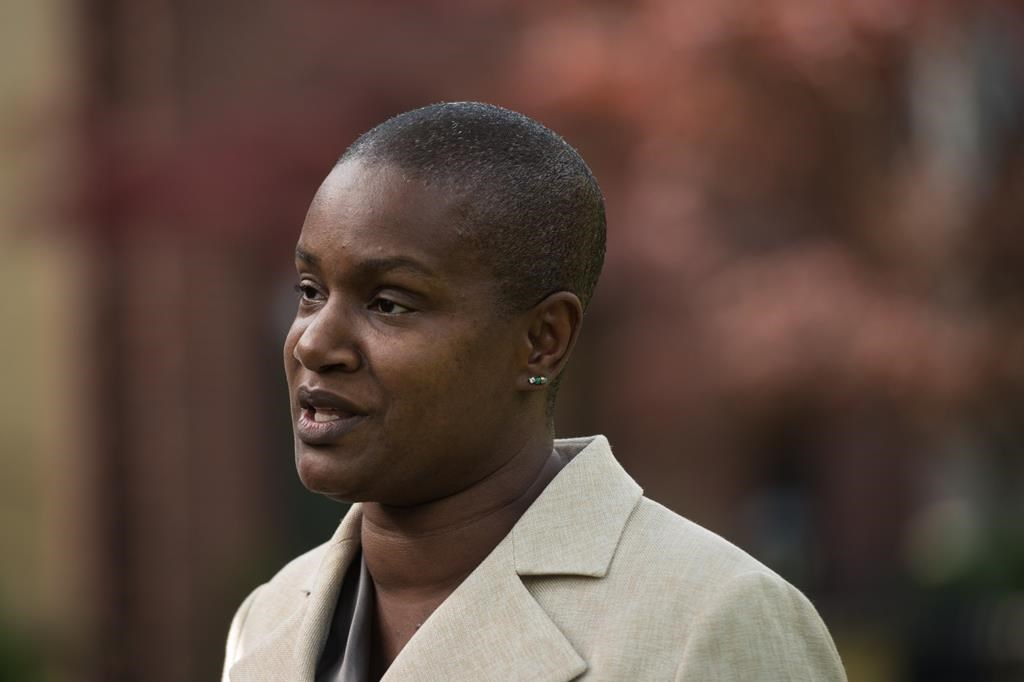 Annamie Paul speaks to the media during a press conference announcing she is officially stepping down as Green Party leader, at Suydam Park in Toronto on Monday, September 27, 2021. File photo by The Canadian Press/Tijana Martin
Previous story
Next story

The Green party is looking for an interim leader to take the helm before a fresh leadership election among its members.

And both the party's former leader and former interim leader want ex-MP Paul Manly to take on the role.

Manly lost his Nanaimo-Ladysmith seat to the NDP in the election. But some Greens say he has the experience in Ottawa to help steady the party, which saw its support plummet at the polls, returning only two MPs.

The troubled party, which has been beset by infighting and sniping, has now accepted the resignation of Annamie Paul who last week formally stepped down.

Paul has said leading the Greens was the worst period of her life and has handed in her membership to the party.

The Greens have called for applications for the position of a temporary interim leader, before a permanent leader can be elected. The interim leader will be appointed by the party's federal council by the end of the month, before the party's "virtual" general meeting.

Elizabeth May, who preceded Paul as Green leader, was urged to take on the role but has declined, so she can concentrate on her job as an MP. She told CTV's "Question Period" last month she would like Manly to take on the job. May was not available for comment on Tuesday.

Jo-Ann Roberts, who took over as interim leader in 2019 when May stood down, has also been urged to return to the role, but is focusing on writing a book about democracy instead. She was praised for the way she led the party.

Roberts, a former journalist, said she would be "very willing to help whoever takes it on."

She said Manly would be a good choice, and that others wanted him to take on the role.

"He has the public experience, and knows the MPs," she said.

The interim leader is appointed and cannot run to become permanent leader unless they first stand down. Manly may opt to stand as the permanent party leader rather than the interim stand in.

On Monday, the party called for applications for interim leader. Applications close on Friday at midnight Pacific time.

An election for a permanent Green leader will begin six months after the interim leader is appointed.