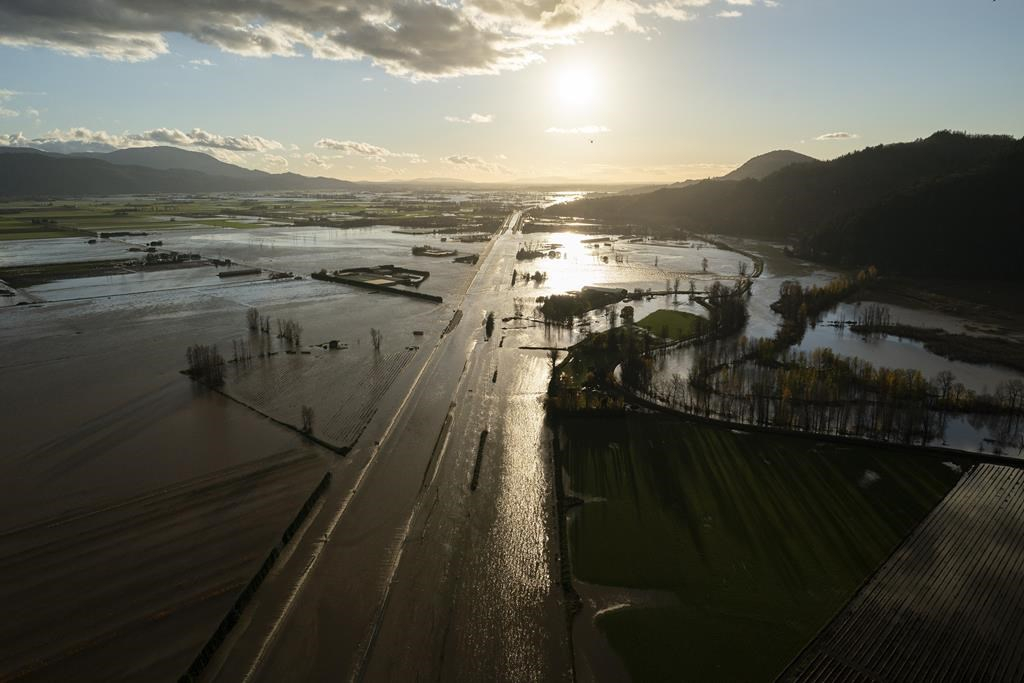 Repairing the British Columbia highways washed out by heavy rains and flooding will be complicated by the scale of the damage, the terrain and the coming winter, building experts say.

"It's unprecedented, the size and scope and the number of sites," said Joe Wrobel, the president of JPW Road and Bridge, a road-building company based in the north Okanagan area of B.C.

Despite the extent of the damage, Wrobel, whose company is not directly involved in the repairs related to the flooding, said there are processes in place for emergency repairs, adding that the B.C. government has already drawn up lists of available contractors and equipment.

Before work can begin, geotechnical assessments will have to be conducted, Wrobel said in an interview Wednesday. Protecting lives will be the first priority, followed by protecting infrastructure and restoring safe travel, he added.

Brenda McCabe, the president of the Canadian Society for Civil Engineering and a civil engineering professor emerita at the University of Toronto, said officials must first ensure repairs can be done safely. "We have to make sure that the slopes that are left are stable, that crews can get into there in a safe way," she said in an interview Wednesday.

In areas where roads have been washed away, engineers and officials will have to decide whether to rebuild the damaged infrastructure or use new designs — decisions that she said will likely be made on a case-by-case basis.

"Our parameters for design are evolving with our better understanding of the way that the climate is changing and the impacts that that will have on weather events," she said.

Every major route between the Lower Mainland and the Interior has been cut by washouts, flooding or landslides following record-breaking rainfall across southern B.C. between Saturday and Monday.

How long repairs will take will depend on the damage, said Ahmad Rteil, a professor of structural engineering at the University of British Columbia's Okanagan campus.

In places where whole sections of road have been washed away, just assessing the damage and the stability of the soil could take more than two weeks, he said in an interview Wednesday.

"You have to reassess the whole situation there in terms of the soil, stabilize the soil, and then once you figure that one out, you start building the new road, the new bridge," Rteil said.

"As the temperature now starts to go below zero and starts to freeze, then it becomes very challenging to work with that upper layer of soil," he said, adding that it will also make bringing heavy equipment over mountain passes more difficult.

Rteil said he worries events like this will become more common in the future. He said the wildfires and high heat in B.C. earlier this summer killed trees and added to the risk of washouts. "When the vegetation on that slope is gone, then the slope becomes unstable," he said.

Repairing roads where debris has come down from above will likely be relatively straightforward, while in other places, temporary bridges and detours may need to be put in place while major work is done, Wrobel said. Areas where roads have been flooded and the water table has risen will likely be the most complicated, he added.

Wrobel, a former chairman of the Canadian Construction Association, said that the number of repairs required will add to the complexity, and he said provincial officials will have to decide which projects are given top priority. He said road builders from across the country are ready to do the work.

Over his career of more than 40 years, he has seen projects where the damage was as bad as what individual sites in B.C. are experiencing this week. "But I've never seen them all at the same time," he said.