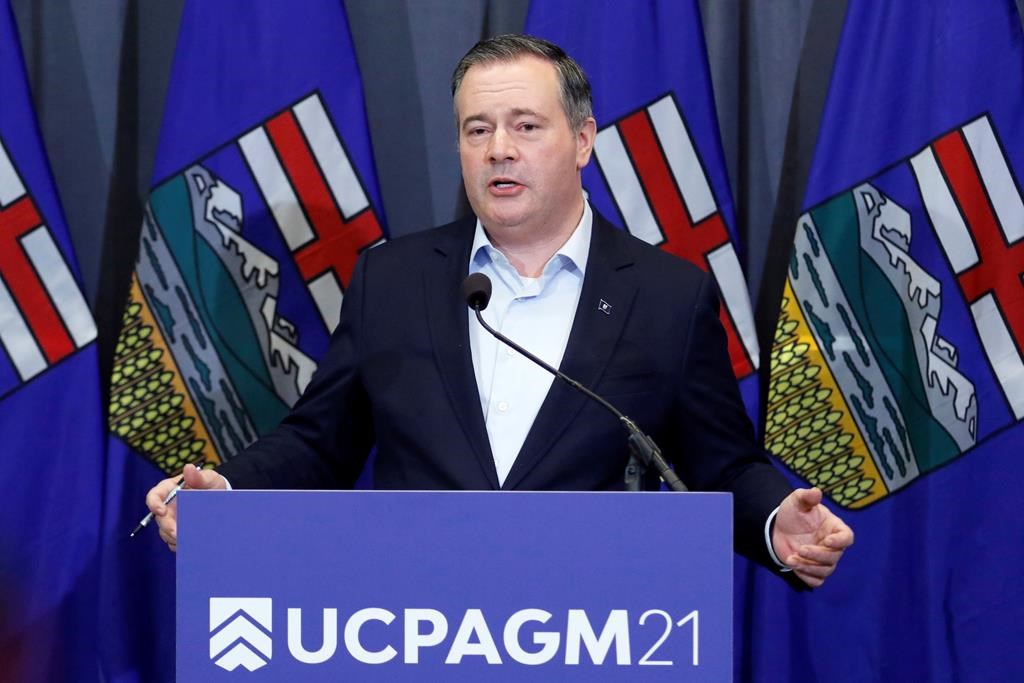 Alberta Premier Jason Kenney says he is more confident in his leadership after a three-day annual general meeting of the United Conservative Party than he has felt in a "very long time."

The premier, who has been facing rising discontent from his party, caucus and the public, told reporters Sunday that the weekend event far exceeded his best expectations.

Kenney says he met with hundreds of delegates from across Alberta and only one person had something negative to say about COVID-19 vaccine promotion.

The premier says there was a spirit of positivity in the halls of the conference centre in Calgary with attendees focusing on the economic progress of the province.

There was a muted tension during the AGM with supporters and critics of Kenney's leadership making rounds in the event centre's lobby.

Kenney says there have been internal divisions on how the government should address the COVID-19 crisis, which was a focus of his keynote address Saturday, but that members have been receptive to his explanation of pandemic-fighting measures.

A leadership review is scheduled to take place next April but could come sooner as 22 constituency associations have signed a letter to the party executive calling for an advance vote.

"I think at the end of the day what we saw here is an understanding that we have to be united in our diversity, work together, and be focused on the priorities of Albertans, not internal political differences."

Kenney said he welcomes a review next year.

"It's normal to have a leadership review. I embrace that. And I can tell you I feel more confident about my leadership today than frankly I have in a very long time after having had a chance to encounter our grassroots members directly," he said Sunday.

Party fundraising is trailing the NDP and Kenney's popularity poll numbers have plunged in recent months, raising concerns whether the party can win the spring 2023 election with him as leader.

Kenney said during Saturday's speech he doesn't regret his government's pandemic-fighting measures despite the anger they caused because they were necessary to protect Alberta's health system, which was on the brink of collapse.