Buying a future for coastal carnivores 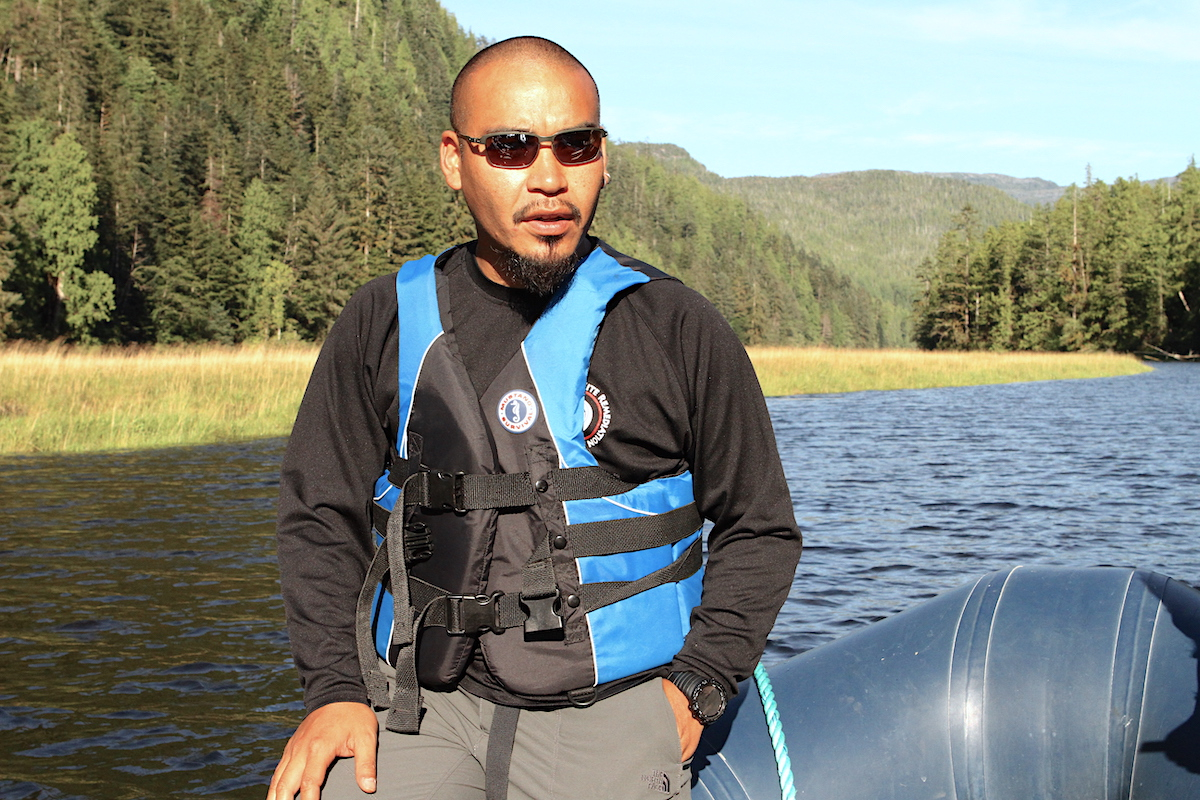 Douglas Neasloss, chief councillor for the Kitasoo/Xai’xais Nation, thinks buying up hunting tenures to end trophy hunting in the Great Bear Rainforest is a great idea.

“I just think it's beneficial for so many reasons,” said Neasloss, also the stewardship director for the community based in the tiny coastal village of Klemtu on Swindle Island in the heart of the world-renowned conservation area.

The shooting of animals for sport is wasteful, disrespectful and contrary to First Nations values, Neasloss said, noting trophy hunters often remove the hide and head but leave everything else behind.

“In our culture, we bring up our youth to have respect for all wildlife, for all people,” Neasloss said.

“Our nation and many nations within the Great Bear Rainforest (GBR) have never been in favour of hunting for sport.

“It’s violation of our culture and impacts our economy, and I just think bears are worth more alive than dead.”

In 2017, the B.C. government ended the trophy hunting of grizzly bears in the province, and stopped all types of grizzly hunting in the GBR — an area equivalent in size to Ireland on the province’s isolated central and north coasts.

But in an effort to protect other coastal carnivores such as black bears, wolves, cougars, and other prey prized by sport hunters such as mountain goats, the Raincoast Conservation Foundation aims to purchase the commercial hunting licence, or tenure, covering 18,239 square kilometres — a quarter of the GBR that includes most of its southern flank.

The foundation has already acquired the hunting rights for over 38,000 square kilometres of the B.C. coast — an area greater than Vancouver Island, said Brian Falconer, who raises funds for and negotiates the buyouts for Raincoast.

“It’s violation of our culture and impacts our economy, and I just think bears are worth more alive than dead,” Kitasoo/Xai’xais Nation Chief Douglas Neasloss says of trophy hunting in the Great Bear Rainforest.

Hunting tenures provide guide outfitters with the right to take people who aren’t residents of the province out on shooting forays. Holding the tenures does not prevent provincial hunters from hunting for food, Falconer said, adding the buyouts from outfitters are voluntary and negotiated respectfully.

This will be the sixth time the foundation has set out to buy commercial hunting rights in the GBR and the newest area shelters significant populations of grizzlies, cougars and wolves that roam the shores of six major coastal inlets and more than 10 major river systems in an area stretching from Smith Inlet in the north to Toba Inlet in the south.

It also provides habitat for Roosevelt elk, extinct in other parts of the province, and encompasses more than 19 ecotourism companies, many Indigenous-run, that are dependent on wildlife viewing, he added.

The purchase of hunting tenures at a fair price is a good example of a just transition in an extractive resource industry, similar to those being sought in the old-growth logging or fossil fuel sectors, Falconer said.

“There is simply no economic, ethical or ecological reason to take carnivores out of an ecosystem,” he said, adding trophy hunting is archaic and not supported by a majority of B.C. residents.

The local revenue and jobs derived from ecotourism and the preservation of charismatic predators and species far outweigh that of trophy hunting, he said.

Trophy hunters often target the largest, oldest, and best examples of a species, which results in a weaker gene pool, Falconer said.

Neasloss agreed that trophy hunting endangers ecotourism and the sustainable economic development his community relies on.

The Kitasoo/Xai’xais Nation invested a lot of time and money into a successful wildlife viewing resort dependent on tourists who travel to wilderness environments to marvel at grizzlies, black bears, and the famed creamy-coloured spirit bear.

Ecotourism provides the small community with 40 jobs that employ a range of people and $2.5 million a year for the community, he said.

“We wanted to develop something that is sustainable long term,” Neasloss said, adding there was a lot of resistance from the hunting sector to the ban on trophy hunting grizzlies.

“I think people worried that losing bears was going to be the beginning of something larger, and they’d lose all animals,” Neasloss said, noting it was a push to curb hunting for sport, not for sustenance.

“For me, trophy hunting is just something that didn't belong in this part of the world,” he said. “Not in this new age.”

My dear husband was a

My dear husband was a taxidermist for 60 years, until his death summer 2020.

Before I knew him, when he lived in B.C., and then in Southern Ontario, he studied under master taxidermists--some museum-trained.

In the three decades that we were together, he never mounted a trophy AS a trophy. He would do deer heads, IF he knew the hunter, and knew that the hunter had used the meat. Hides were donated to local First Nations communities. We both thought that trophy hunting was obscene.

He specialized in fish taxidermy. With any fish that came into the shop, he offered the meat to the client; if they didn't want it, we ate it, shared it with neighbours in our rural community. As more and more fishers moved to catch-and-release, he moved more and more to replicas and reproductions, based on photographs the fishers took. And restorations of old mounts that had been badly done, or had deteriorated over time.

His focus as a taxidermist, and devoted outdoors advocate, was on preserving the natural beauty of the creature.

There is absolutely no justification for trophy hunting, ever, at all. It ought to be banned.