Ontario wants young people to step up for the trades 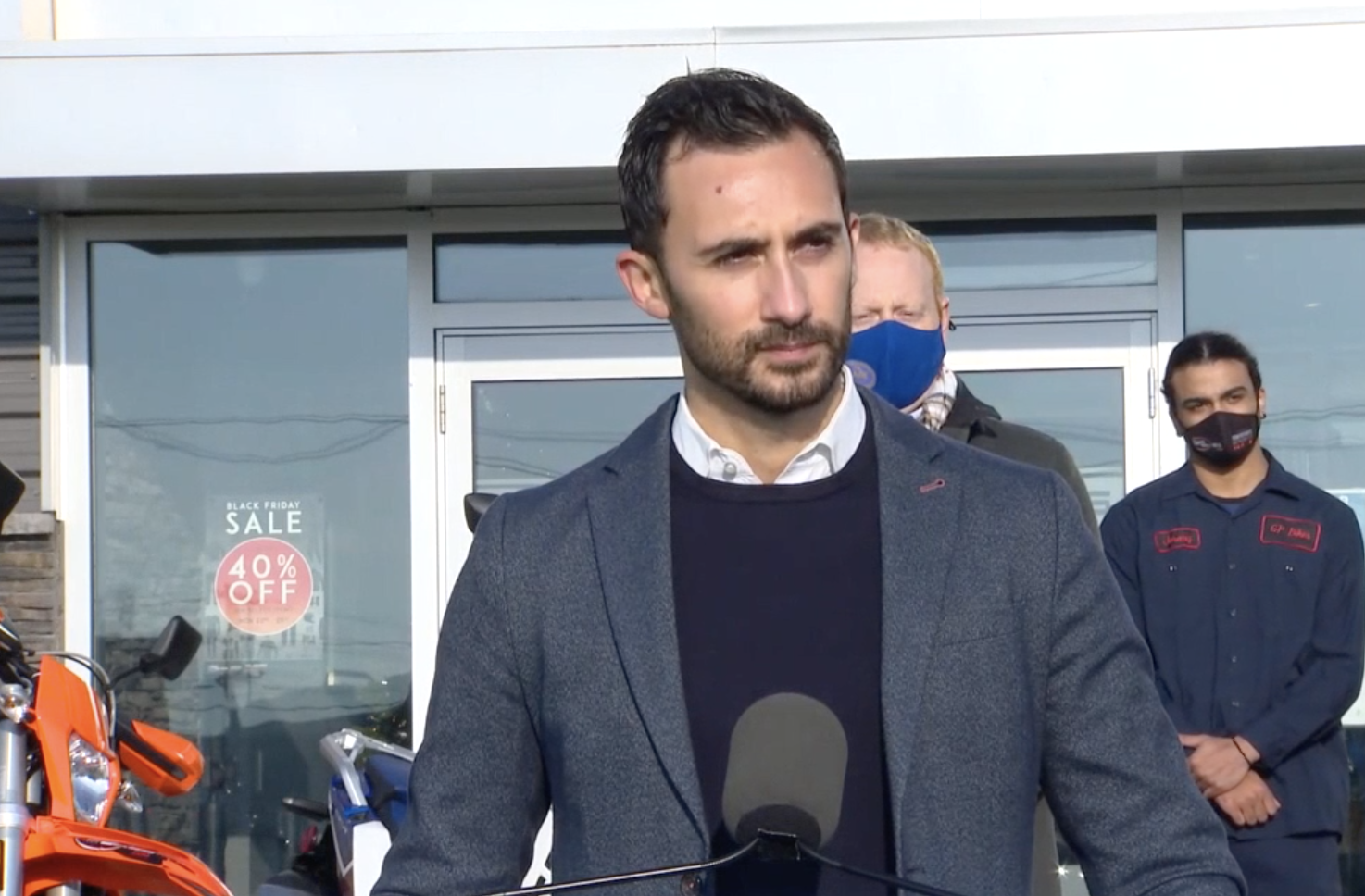 Ontario faces a labour shortage in the skilled trades that the provincial government hopes can be filled in part by high schoolers and other young people.

The provincial government said on Wednesday it would spend some $90 million more over three years to boost the attractiveness of jobs in the construction, industrial, mechanical and service trades, bolster an apprenticeship program, and expand incentives for employers.

“We are preparing students for in-demand, highly skilled jobs that will benefit all of us,” said Education Minister Stephen Lecce during an event at a motorcycle dealership in Whitby with Labour Minister Monte McNaughton.

The ministers also said the government would add another $2.9 million in funding for a program that gives high school students a chance to get hands-on experience while still in school that can count towards an eventual apprenticeship’s hours.

The Ontario Youth Apprenticeship Program (OYAP) currently has 63 recruiters active in more than 800 schools and will now have an annual budget of $20 million.

It said it would spend $2 million to host annual trade career fairs across the province starting this year.

The news followed the release of a report from apprenticeship youth advisers, which recommended the government appoint a "chief skills officer" to oversee the apprenticeship system, work to remove barriers for women, people of colour, newcomers and those with disabilities who have been underrepresented in the trades, and encourage more experienced tradespeople to become school teachers.

The moves come as Ontario faces an acute labour shortage in certain sectors that is expected to worsen as an aging workforce retires amid high demand for public infrastructure project work.

“More young people need to know that a job in the trades opens doors to bigger paycheques, with a pension and benefits,” McNaughton said.

In 2019, there were around 200,000 unfilled job openings in Ontario, including 13,000 in construction, the youth advisers report said.

“More young people need to know that a job in the trades opens doors to bigger paycheques, with a pension and benefits,” says Labour Minister Monte McNaughton. #ONpoli #SkilledTrades

As many as one in five jobs in the province will be in the skilled trades by 2025, the government said, adding it expected a shortfall of 100,000 construction workers over the decade.

To encourage employers to take on more apprentices, the province is expanding incentives and funding for pre-apprenticeship training to $77 million annually starting in 2022-23, up from $47 million in 2021-22.

If Ontario wants to put more

If Ontario wants to put more "trades people " to work they are going to have to do a better job of protecting those workers from greedy and unscrupulous employers. Who wants to work in conditions of serfdom in the rabidly anti-union industrial landscape of Ontario?. Who wants to work for employers who think less of their employees' lives than they would of enslaved factory farmed animals?

Teenagers are not stupid. They want decent employment, and in the environment of labour shortage they finally have the power to achieve it. While the government is trolling its blandishments through the schools - Ontario Unions need to mount an information campaign to warn students against exploitation and to urge them to organize for labour rights.