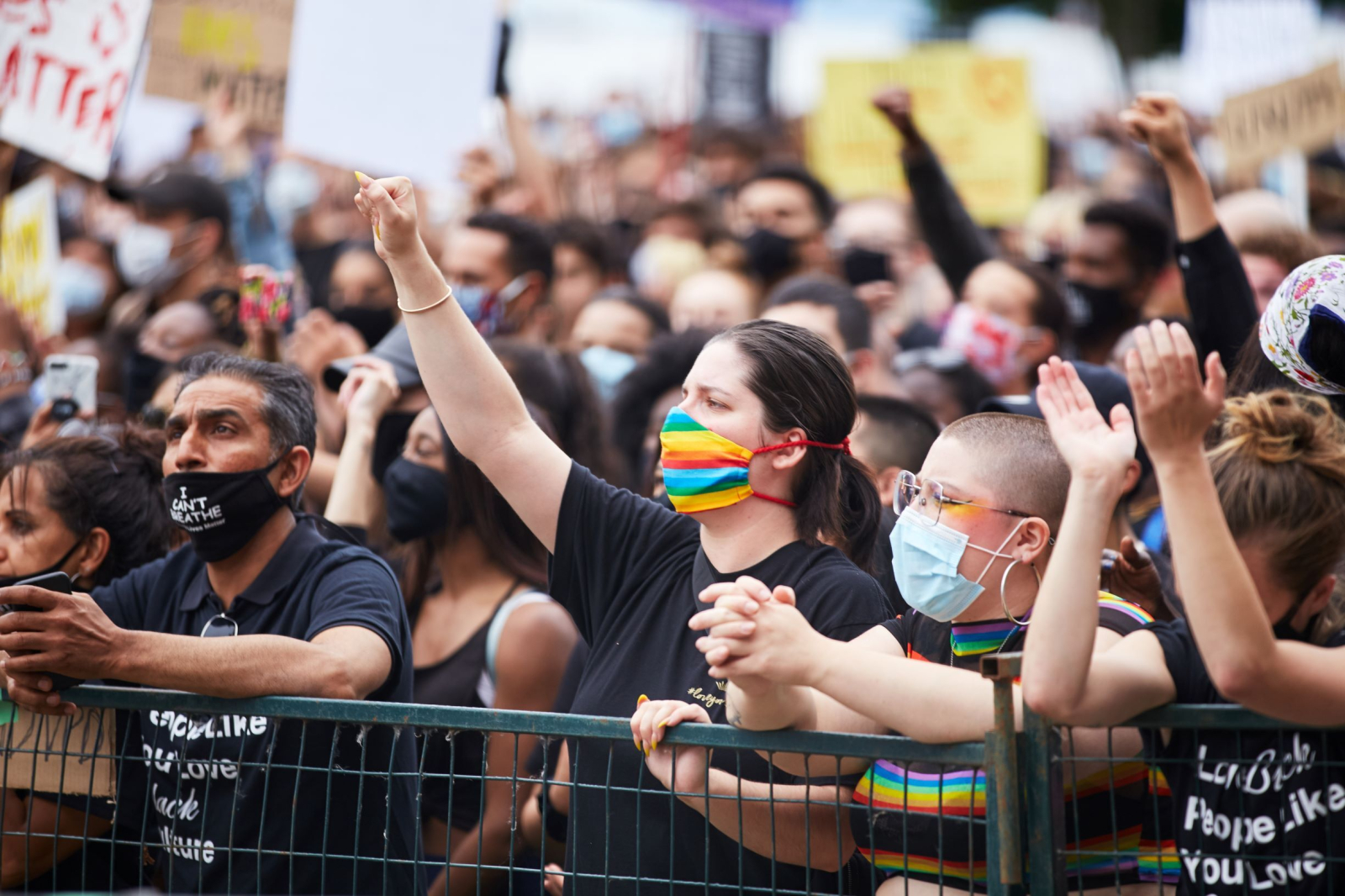 A young woman cheers at an anti-racism protest in Vancouver on June 19, 2020. Photo via Shutterstock
Previous story
Next story

Ontario Premier Doug Ford unveiled a youth council earlier this month that critics say will struggle to amount to anything more than ‘institutionalized tokenism’ without a reversal of sharp cuts that hurt young people.

The advisory panel to tackle youth inequality was announced days after the premier had to backpedal to acknowledge that systemic racism exists in the province, and skepticism about the panel's expected impact is high.

The immediate priority of the Premier's Council on Equality of Opportunity is to provide recommendations on how to help vulnerable and marginalized youth recover from the effects of the COVID-19 outbreak, the government said when it announced the move earlier this month.

More broadly, the council is expected to help Ford and Todd Smith, the minister of children, community, and social services, to provide for the employment, training and education needs of youth and help build a future-ready workforce.

It will meet at least once every three months and up to six times a year, with the first meeting scheduled for the second half of August.

But charity consultant Vivian Lee said the Progressive Conservatives had shown little interest in supporting young people, pointing to two years of governing that has made education harder to access.

“They’ve really spoken with their budget,” Lee said. “They’ve de-prioritized post-secondary education, they’ve removed a significant number of bursaries for OSAP (Ontario Student Assistance Program). They have defunded all of the public support for that demographic.”

Lee added that Ford’s government had also reduced public funding for charities and made it harder for non-profits to apply for financial backing, with existing funding agreements cancelled and proposals for multi-year projects now requiring annual funding approvals.

“Now it’s almost impossible to get into the Trillium Foundation,” she said, adding that many Ontario charities were now turning to the growing private philanthropic sector.

(The Toronto Foundation said it received $39 million in donations in the fiscal year that ended on March 31, compared to $21.9 million the prior year.)

Critics say the Ford government's new youth council will struggle to influence decisions and worry about who gets to sit at the table. The chair of the council says give them a chance.

The Progressive Conservative cut funding for the Trillium Foundation, a major provincial funding agency, to $100 million from $115 million in January 2019.

Palmer Lockridge, a spokesperson for Minister Smith, said that any funding cuts come in the context of the previous Liberal government making “promises they knew they couldn’t keep.”

Lockridge said the Ford government had not reduced funding for the Black Youth Action Plan or Trillium’s Youth Opportunities Fund, and had provided $200 million in funding for food banks, shelters and other social services providing pandemic relief.

Who gets to sit on the council is a matter of concern for Akosua Alagaratnam, the executive director of First Work, which works with around 80 youth employment services across Ontario to help youth who are not in school, training or have a job to get on their feet.

“Our concern about this iteration of the Premier’s Council is how the council makeup was derived,” said Alagaratnam, who had been a policy adviser on the previous Liberal government’s youth council, which was started in 2013 and disbanded upon the change of government in 2018.

“As we look to economic recovery from COVID-19, we must tailor our engagement and employment approaches to those youth furthest away from employment, that is, those who were already unemployed before the pandemic,” she said.

She said First Work was discouraged from applying to sit on the council by the messaging that seats were already taken.

“In speaking with officials, we were told the participating businesses were pre-selected to expedite the process and therefore, although interested, we did not apply to participate.”

Lockridge, the minister’s spokesperson, did not respond when asked how the selection process worked.

“The council will foster dialogue between government decision-makers and those with lived experiences and expertise, with a focus on elevating the voices of marginalized youth and those who are facing systemic barriers,” Lockridge said in an emailed response to questions.

The council will initially be chaired by Jamil Jivani, a community organiser and activist who was appointed as Ford’s Advocate for Community Opportunities in December.

He said some of its members have been pre-selected from existing government partners while others are being chosen through an open process that collected more than 700 applications by its June 18 deadline.

“Because of the timeliness of what we’re working on and the COVID recovery stuff, the most efficient way to get everything going quickly was to go through some existing networks to identify half the council members,” he said.

Jivani said critics should give the council “a chance to show what we can do,” adding that he’d measure success by whether the government consults and collaborates with them on critical policy.

He said he’ll push hard for Ford to expand the Ontario Black Youth Action Plan, a $47 million, four-year project to help eliminate systemic, race-based disparities for Black children and youth that is up for renewal this year.

“I’d hope that this council will be involved in helping the government make decisions on this sort of stuff,” he said. “I’m championing that with all my enthusiasm.”

Jivani said the council aims to fill half the maximum 20 seats at its table with members aged between 18 and 29, and will include representatives in education and training, employment and entrepreneurship, non-profit and community services, and government services.

He said the goal would be to include those with lived and/or professional experience from those areas, “whether they have it because it’s their job or because of how they grew up.”

Jivani said that members of the previous council had also complained of tokenization, with their views collected on matters that had already been decided.

He said he wanted to avoid replicating that, which he blamed on a lack of engagement from politicians and their staff, and so had sought and secured commitments from the premier’s office and those of other relevant ministers that they would participate.

“Does the government treat us as a check box and come to us when they need a youth perspective,” he asked. “Or do they come to us as a respected partner and say, ‘Hey, we want to know what you think about this, and we want to make decisions that reflect your perspective.”