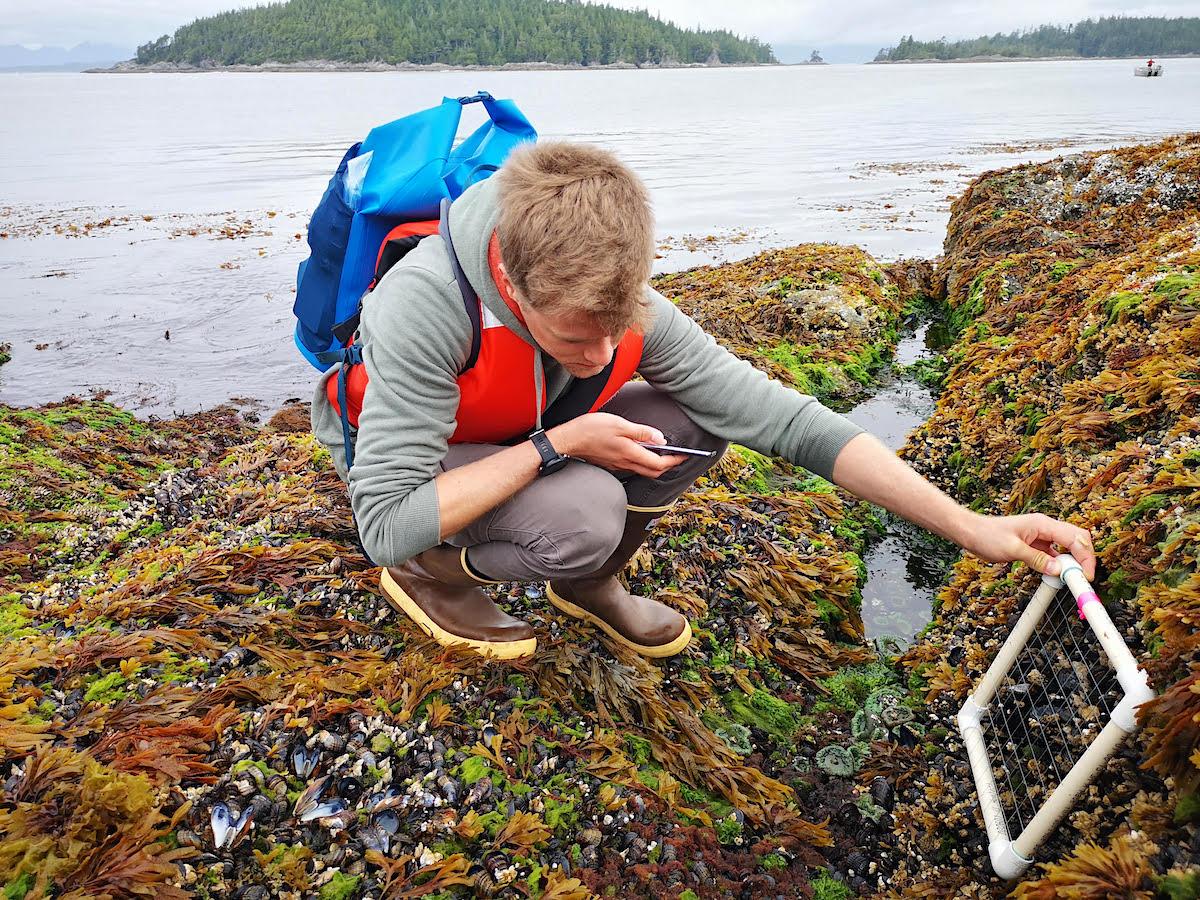 Protecting "blue carbon" marine ecosystems is just one way Canada can use oceans to significantly reduce emissions and fight against climate change. Photo by Kevin Bruce
Previous story
Next story

Canada must exploit the advantages its three coasts provide and stop sidelining oceans and the critical role they can play in tackling the climate crisis, marine ecologist Julia Baum says.

“We need to quit treating the ocean as a niche issue,” said Baum, President’s Chair at the University of Victoria, whose research examines the impacts of global warming on oceans and what they can contribute to climate change solutions.

But despite their impressive role in mitigating global warming, oceans are largely ignored as a potential game-changer when it comes to formulating Canada’s climate plans.

“Oceans are our first line of defence against climate change, and they need to start being recognized and financed as such,” Baum said, “because they are the primary thing standing between us and a planet that is too hot for people to inhabit.”

Ottawa has committed to protecting 30 per cent of its oceans by 2030, but Canada hasn’t fully examined how much carbon its oceans capture or detailed ways they could mitigate emissions, she said.

“Canada has the longest coastline in the world, but has not yet incorporated oceans into its climate action plan,” she said.

Ocean-based solutions can potentially handle one-fifth of the greenhouse gas emissions reductions (21 per cent) needed to meet the UN’s Paris Agreement climate goals by 2050, she said.

But to maintain its ocean advantages, Canada must protect and restore marine ecosystems, such as seagrass beds, salt marshes, and kelp forests, which act as powerful carbon sinks, Baum said.

The oceans' ability to continue providing climate change services and to weather global warming and other anthropogenic impacts, such as pollution, are flagging rapidly, she said.

"We've taken oceans for granted and a lot of ocean ecosystems are very close to tipping points," Baum said.

"If we don't limit warming to 1.5 C, we will lose virtually all tropical coral reefs on the planet, and with them, 25 per cent of all life in the oceans.

“If we cross those lines, oceans might no longer be able to play the critical climate-regulating role that they have in the past."

Beyond preserving its "blue carbon" systems, Canada also needs to reform commercial fisheries by reducing fossil fuel use and to curb overfishing and destructive practices such as bottom-trawling, which churns up enormous amounts of carbon stored in the seabed, she said.

But for those things to happen, Canada, like most countries, needs to address the financial deficit oceans suffer.

The role of forests in mitigating climate change is widely recognized, Baum said, noting that at the recent UN climate conference in Glasgow, significant financial commitments were announced to protect them globally.

“The scale of financial commitments for the ocean is dwarfed in comparison and that really needs to change,” she said.

Given Canada is in the process of developing its blue economy strategy, now is the time to specify how oceans can play a role in reaching our climate goals, said Baum.

“We're waiting to see if that blue economy strategy is going to be a net-zero strategy,” Baum said, adding any oil and gas exploration or subsidies for the fossil fuel industry would be contrary to the goal of sustainable ocean development.

Dropping emissions as quickly as possible in Canada and worldwide is the best means to ensure oceans can continue to regulate the climate, Baum said.

“We can't continually be pushing our oceans on every front, stressing them out to the max, and also expect that they’ll still be resilient and able to face climate change.”