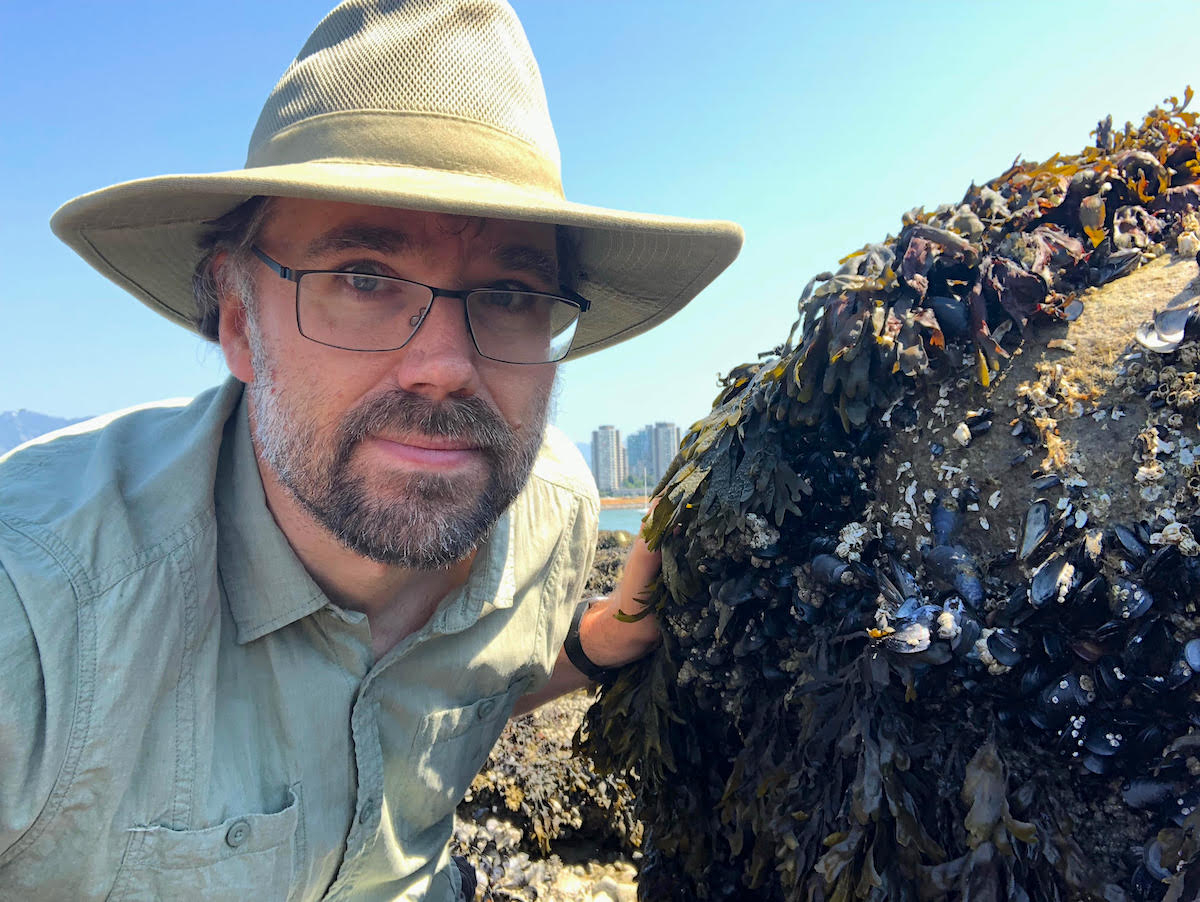 The ecological devastation of B.C.’s recent heat wave is just starting to be understood after record temperatures paired with low tides wreaked havoc along the West Coast.

More than one billion marine intertidal animals may have perished along the shores of the Salish Sea during the record temperatures at the end of June, said University of British Columbia researcher Chris Harley.

The heat and the stench was staggering after masses of mussels, barnacles, clams, hermit crabs, and starfish cooked to death at a number of Lower Mainland beaches, said Harley.

The marine ecologist, who specializes in the effects of climate change, started surveying the impacts of the extreme heat at Kitsilano Beach and Lighthouse Park — where Harley recorded temperatures of up to 50 C along the black, rocky shoreline.

“Walking out on the shore, the first thing that I noticed was the smell,” Harley said.

“We realized most of the mussels had already died, and everything that was sitting in the sun was in real trouble.”

The hottest days coincided with extremely low tides, leaving marine creatures stranded in the heat for up to six hours.

The heat wave — which is also likely responsible for the deaths of hundreds of British Columbians — triggered temperatures of close to 40 C in areas along the typically temperate coast. And that is a powerful bellwether for what's in store for us from climate change, Harley said.

“There are more heat waves, and they are more severe,” he said, adding the baseline for climate conditions is shifting rapidly.

“Walking out on the shore, the first thing that I noticed was the smell,” said @ZoologyUBC marine biologist Chris Harley on studying the die-offs in the tidal zone of B.C. beaches following a record-breaking heat wave. #ExtremeHeat

“There is no new normal, it’s just constantly changing.”

Harley has got reports of dead barnacles from other areas as far north as Klemtu on B.C.’s central coast, and is hearing about baked clams south of the U.S. border in Hood Canal.

“It’s really an extensive event,” said Harley, adding he’s heading to the Gulf Islands to survey the damage there.

The scale of the impact is hard to determine in the short-term, Harley said.

Some creatures, like quick-growing mussels and barnacles, will likely return within a couple of years, but the extent of the overall damage will be hard to determine.

“There’s lots of things we just don’t know very much about, like the little crabs and other smaller animals living in these habitats,” Harley said.

“Who knows how long it will take to grow back.”

Before the heat wave, sea stars along the West Coast were already under siege from a wasting disease aggravated by warm water temperatures, said biologist Alyssa Gehman.

Linked to a virus, the disease begins with white lesions on the sea stars, and quickly causes their arms to fall off before reducing them to piles of mush.

The magnificent sunflower sea star is now listed as critically endangered, with 90 per cent of its population having disappeared from the waters of the Pacific coast.

Citizen scientists from Quadra Island and other areas describe sea stars that dried to a crisp after getting caught out in the tidal zone during the hot spell, said Gehman, a researcher with the University of British Columbia and the Hakai Institute.

Though there were the immediate deaths of many stars with the heat wave, Gehman is more worried about the long-term implications.

“We know from lab experiments that different aspects of wasting disease are associated with anomalously high water temperatures,” she said.

“So this is the kind of trigger that makes me concerned.”

The more eyes collecting information about sea stars on the coast, the better, said Gehman, adding citizen scientists help researchers by recording data on sightings using the iNaturalist app, which can be downloaded to cellphones.

Environmental groups in smaller coastal communities are also hearing reports of the telltale stench of decay at various beaches.

Some reports of smells and dead oysters are surfacing in areas such as Squirrel Cove, Mansons Landing, and Gorge Harbour, said Max Thaysen, interim executive director of the Friends of Cortes Island Society (FOCI).

As the environmental steward on the island, FOCI monitors eelgrass beds, forage fish spawning and conducts dive surveys in the tidal and sub-tidal zones around the island, Thaysen said.

The group is starting to follow up on reports and hit the beaches to survey the tidal zones concerned, he said.

There are not only repercussions for the marine ecosystem, but also for food security in small coastal communities, he said.

“To some extent, I rely on the intertidal zone to feed my family,” Thaysen said, saying he collects oysters and clams.

FOCI has monitored the shores of Mansons Landing marine park for many years.

A previous heat wave already wiped out the lagoon’s mussel population some years ago, and it has never fully returned, as the bivalve is particularly sensitive to heat events.

But the climate catastrophe’s impacts on shellfish and other marine creatures have been happening for some time and are projected to worsen, he added.

“There’s a long, slow emergency that’s been going on for a long time,” Thaysen said.

“And it should have our full attention and our dedicated action as well.”

This is so sad and so scary..

This is so sad and so scary....Will we ever wake up and take concrete collective action before it's too late?