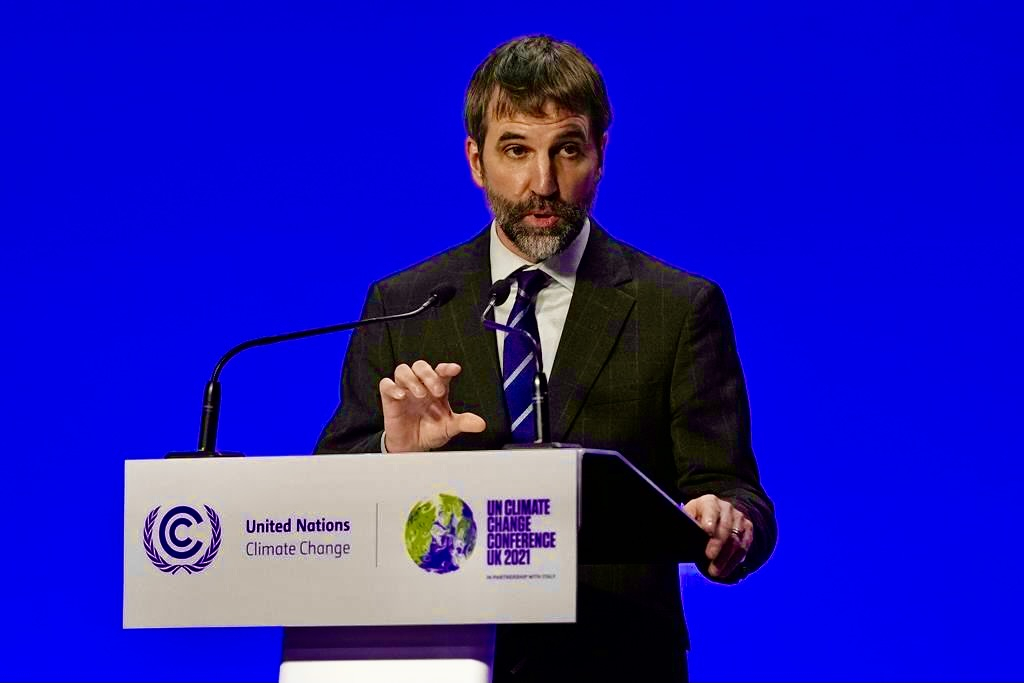 Steven Guilbeault, Minister of Environment and Climate Change for Canada speaks during a press conference at the COP26 U.N. Climate Summit in Glasgow, Scotland, on Friday, Nov. 12, 2021. File photo by The Associated Press/Alastair Grant
Previous story
Next story

The net-zero accountability law passed in June requires the government to make public a greenhouse-gas emissions reduction plan for 2030 within six months.

But Guilbeault says the government is going to take advantage of a clause allowing it to delay that by another three months.

Guilbeault says the delay is necessary to allow Indigenous Peoples, provinces and other interested parties to weigh in on what the plan should contain.

The net-zero bill was passed two months after the Liberals increased their 2030 target for emissions cuts to 40 to 45 below 2005 levels. The old target was a 30 per cent cut.

While some analysts say the combination of new climate policies promised by the Liberals in the last year could meet those targets, the existing federal climate plans were all produced before the new targets were set.

The net-zero bill enshrined into law the longer-term goal of hitting net zero emissions by 2050, when any emissions still produced must be captured by nature or technology. It also requires interim plans and five-year targets to be set and reported on publicly.

Guilbeault is also launching specific consultations on four pillars of the government's environment platform in the recent election, including net-zero emissions cars, a net-zero emissions electricity grid, capping emissions from the oil and gas industry and cutting methane emissions.

Federal #ClimatePlan to meet new targets will be delayed until March: @s_guilbeault #CDNPoli

Guilbeault has already sought input on the oil and gas emissions cap from the government's net-zero advisory body but is expanding those consultations to include provincial and territorial governments and other experts.

"The debate over whether we need to act is long over," he said. "Now we must determine how we can get where we need to go, together.”

This report by The Canadian Press was first published Dec. 3, 2021.