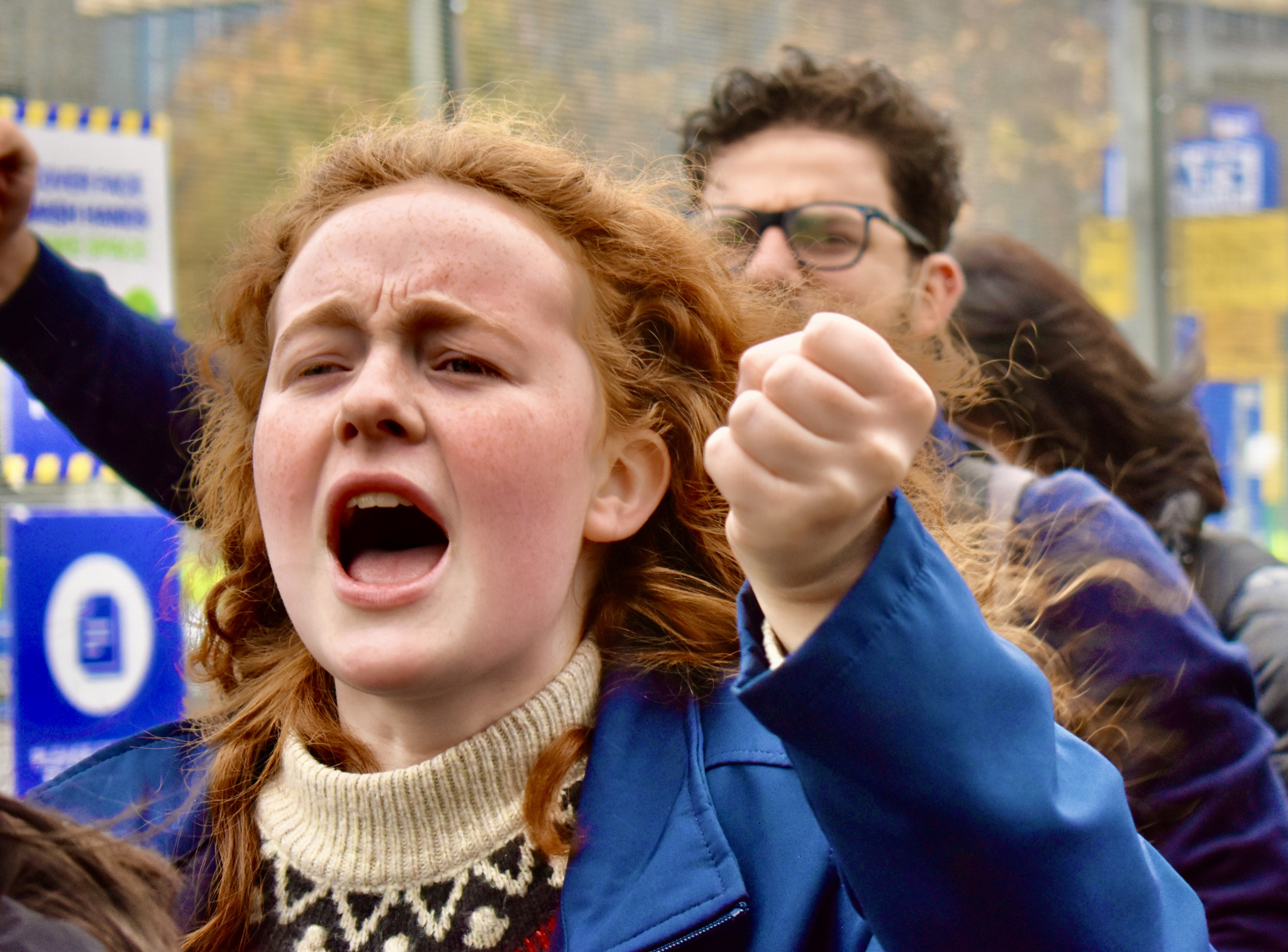 In several countries, including Scotland, which hosted this year's UN climate talks, the voting age is 16. It's time for Canada to follow suit, writes Max Fawcett. Photo by Nora Legrande
Previous story

Between COVID and climate change, Canada’s teenagers have a lot on their minds these days. That might help explain why there’s a renewed push to give more of them the ability to participate in our democratic process.

On Tuesday, a group of young Canadians launched a court challenge to overturn the section of the Canada Elections Act barring Canadians under 18 from voting in federal elections, while last week, Manitoba Independent senator Marilou McPhedran reintroduced a bill that would lower the voting age to 16.

It’s not just in Canada that this issue is having its moment in the political sun. Germany’s recent election produced a so-called “traffic light” coalition between the Social Democrats, Greens and pro-business Free Democrats, and one of their first points of agreement is a proposal to lower the voting age to 16. They would have to amend the constitution to actually make it happen, but Germany seems closer than ever to joining Austria, Argentina, Brazil and Scotland on the list of places where 16- and 17-year-olds can vote in national elections.

Canada hasn’t expanded the franchise since 1970, when the voting age and age of candidacy were lowered from 21 to 18. The idea of lowering it to 16 has the support of New Democrats like Don Davies, who tabled a private member’s bill on the idea in March 2020, and high-profile Liberals like Gerald Butts and Catherine McKenna.

Not surprisingly, the opposition is mostly coming from conservatives like former Andrew Scheer staffer (and Donald Trump supporter) Georgeanne Burke, who described it on Twitter as “truly scary.” Conservative pundit Ken Boessenkool was a bit more verbose, tweeting: “We have collectively decided they are not old enough for alcohol or cannabis. We should make the same determination for voting.”

It’s no wonder people like Burke and Boessenkool find the idea of lowering the voting age terrifying. While alcohol and cannabis consumption pose obvious dangers to the development of young brains, participating in democracy is only dangerous to conservative political fortunes. The most recent data from Abacus Research has the Conservative Party of Canada polling at just 20 per cent among Canadians 18 to 29, while Leger has them at 21 per cent among voters under 35. In both cases, they’re trailing the Liberals by 15 points.

There’s no shortage of irony here, given conservatives are almost always willing to stump for more democracy, whether it’s electing senators or holding referenda and plebiscites on important matters of public policy. And for a movement that talks incessantly about the dangers fiscal deficits pose to future generations, they seem curiously uninterested in letting those future generations have their say.

These sorts of purely partisan considerations obviously aren’t a good enough reason to dismiss the idea of expanding the franchise, but the other objections most commonly raised might be just as bad. Teenagers, we’re told, aren’t cognitively prepared for the responsibility of voting, and are therefore more easily manipulated. Never mind, for the moment, that neurological adulthood doesn’t really begin until your mid-20s, which means there’s nothing magical about turning 18.

Instead, let’s remember the range of responsibilities we already assign to 16-year-olds, from driving 3,000-pound machines to working, paying taxes and consenting to sexual activity. Given that existing menu of maturity, allowing them to participate in democratic decisions that will impact their future doesn’t seem like much of a stretch.

If cognitive capacity determines who gets to vote, what about the growing number of people who are falling prey to misinformation about vaccines, climate change and the American election being stolen by Antifa? Facebook is a breeding ground for this sort of stuff, and yet we don’t deprive anyone who shares false information or believes in conspiracy theories of their right to vote.

Opinion: For a movement that talks incessantly about the dangers fiscal deficits pose to future generations, they seem curiously uninterested in letting those future generations have their say, writes columnist @maxfawcett. #CDNpoli #YouthVote #CPC

The argument that teenagers shouldn’t be allowed to vote because their parents might influence their choices is equally weak. Has anyone making this argument ever actually met a teenager, much less one who takes enough of an interest in politics to bother casting a vote? If anything, they’re just as likely to cancel out the vote of an overbearing parent than duplicate it.

These mostly partisan-tinged objections need to be weighed against the benefits that expanding the franchise would offer our democracy. This is no small concern when you watch what’s unfolding south of the border, where one of the two major parties seems determined to disenfranchise as many people as it takes to win an election.

By pairing an expanded franchise with a renewed commitment to civics education, we could increase participation by young people — which studies consistently show increases their likelihood of remaining engaged in the democratic process. “If we get kids into the habit of voting at schools, they will vote as adults,” says Haruun Ali, an 18-year-old Edmontonian who ran for city council earlier this year.

Maybe that’s what scares the conservatives who are opposed to the idea so much. By expanding the franchise to more voters who will prioritize climate change and its impact on the rest of their lives, they risk further entrenching the advantage their opponents already enjoy among younger voters.

Conservatives have an alternative, of course: start taking the issues younger people care about more seriously. But unless or until they do, the other parties should force their hand here. Given how much their future has already been shaped by decisions they didn’t make, young Canadians deserve a bigger voice in our democratic conversation.

If Justin Trudeau wants to make amends for his decision to punt on electoral reform, he should give it to them.

Too early for Conservatives.

Too early for Conservatives. They are just getting used to votes for women.