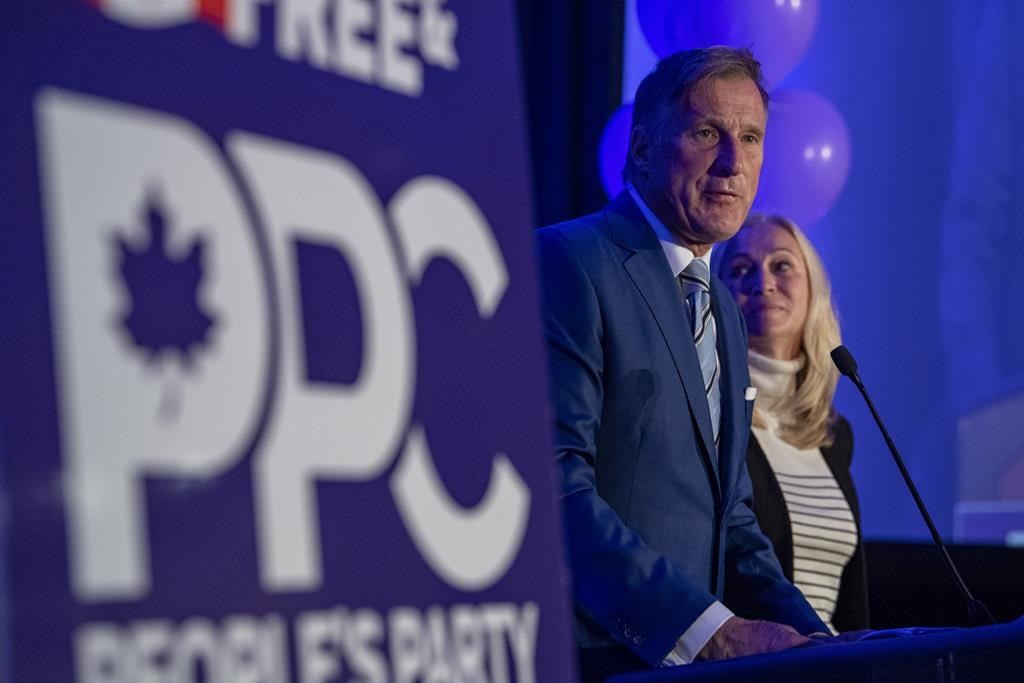 Maxime Bernier has easily held on to the leadership of the party he founded.

Almost 96 per cent of votes cast in a leadership review were in favour of Bernier staying at the helm of the People's Party of Canada.

Voting started Nov. 12, wrapped up on Friday, and was only open to members with a valid party membership as of Sept. 20. In all, the party says 15,454 votes were cast, representing nearly three-fifths of eligible voters.

Bernier issued a statement saying he takes the vote as a sign of unity within the party he founded three years ago following his high-profile split with the Conservative party.

He adds that he now plans to use his newfound mandate as leader to prepare the party for the next general election, whenever that should happen.

After running on a platform in 2019 advocating for drastically reduced immigration levels and withdrawal from the Paris climate accord, the party vocally opposed COVID-19 restrictions and vaccine passports during the 2021 campaign.

The party garnered less than two per cent of the popular vote in 2019, but more than doubled its share of ballots nationally in the Sept. 20 vote, which may have cost the Conservatives some seats by splitting votes on the right.

An analysis by University of Calgary economics professor Trevor Tombe suggested there were 25 seats where the combined Conservative and PPC vote was greater than the winner's share of the votes.

This report by The Canadian Press was first published Dec. 5, 2021.