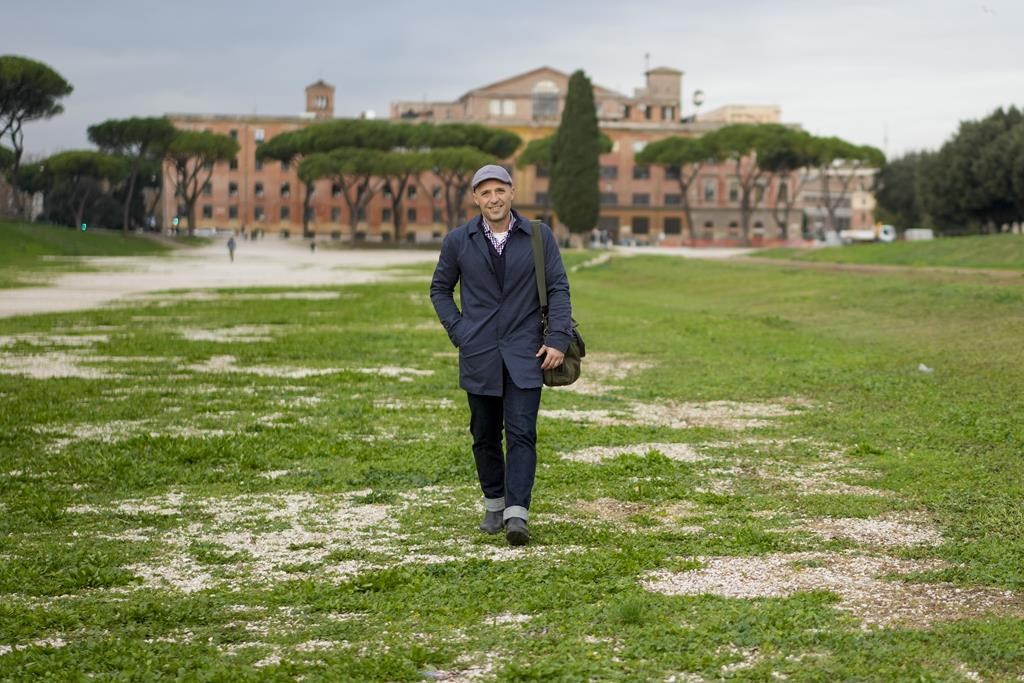 As a transplanted British Columbian, Jesse Mason views the extreme and shifting weather patterns unfolding in his native province with a high level of concern.

First, there was the heat dome that caused record-breaking temperatures this summer, and then the recent floods that have emptied entire communities, drowned livestock and severed the province from the rest of the country.

"It's not normal," Mason said over the phone from Rome. "It's becoming harder and harder to find: what is normal? What do we actually mean by that?"

That is a question Mason wrestles with daily in his job with the United Nations World Food Program. His position carries the lofty title of global co-ordinator for anticipatory action, climate change and disaster risk reduction.

Mason's work has life-and-death implications for millions of people around the world: he's charged with trying to get ahead of bad weather and climate catastrophes so the UN can prevent people from starving.

Mason travelled an unlikely road to the Rome-based job at WFP headquarters: he spent eight years as a television weather forecaster with CTV in Vancouver before joining the UN, earning a pair of university degrees in atmospheric science and wind engineering along the way.

He was channelling the passion for the outdoors that he cultivated growing up in Vancouver, a youth spent camping, hiking and fishing.

"Just to survive as an outdoors person out there, you really need to understand the weather. So, growing up, it became a big passion of mine," said Mason.

He applied to be a television meteorologist after finishing his bachelor's degree at the University of British Columbia. Mason was determined to infuse his television reports with "very stringent scientific rigour" while still making them understandable and interesting to viewers.

His transition from academia to mass communicator reached its peak during the 2010 Winter Olympics in Vancouver when forecasting and weather reports became a crucial feature of CTV's coverage of the Games.

Mason returned to university to study wind engineering in 2011, delving into the connections between wind turbines and clean electricity generation. In 2015, he was able to parlay that experience into his current job at the World Food Program.

He has been helping the UN develop what it calls forecast-based finance, which involves generating long-range forecasts to predict floods, droughts and cyclones so that the WFP can take steps to help vulnerable populations brace for their impact.

In July 2020, the WFP was able to provide cash to 120,000 people in Bangladesh four days before severe flooding swelled the banks of the Jamuna River. They used the money to buy food, medicine and move livestock to higher ground. The WFP has estimated the intervention reduced its spending on the emergency by half.

"It's so logical that if you really want to limit the impact on people's lives, and livelihoods, then we need to make sure that they have access to the tools that they need ahead of the flood," said Mason.

"We enabled people to have finances in order for them to evacuate themselves, protect their assets, evacuate their livestock, or even simple things like go to a family member's house and not feel like a burden, to be able to bring some food with them."

Taking a predictive approach can also help stretch WFP spending at a time when it faces a record level of demand for its services. Like all UN agencies, it relies on donations from governments and private donors.

As of late last month, Canada was the WFP's fifth-highest donor so far in 2021 with just over $380 million in contributions. The United States, Germany, private donors and the European Commission topped the list.

The number of people relying on food support from the WFP soared to a record 45 million this year, compared to 27 million in 2019. Climate change was cited as one of the three main factors in that rise, said David Beasley, the WFP's executive director.

"Tens of millions of people are staring into an abyss. We've got conflict, climate change and COVID-19 driving up the numbers of the acutely hungry," Beasley said in a statement last month. The WFP cited droughts in Madagascar and severe flooding in South Sudan as the causes of two particularly pressing emergencies.

Mason is focused on vulnerable areas across Asia, Africa and Latin America and targets his forecasting to places that have extreme weather and vulnerable populations.

"Some places like the Philippines, for instance, have multiple, multiple hazards, whether it's tsunamis or volcanic eruptions, typhoons, floods, droughts. I mean, they have everything," he said.

Watching the disastrous images of back-to-back hazards striking his home province of B.C. has been devastating, he added.

"As a climate scientist I have spent the last 15 years talking about future impacts, I don't think I ever mentally prepared myself to see it in real-time," he said.

"I joined the WFP in 2015 to support their efforts against the climate crisis in some of the most vulnerable and remote places in the world, but now it seems as though the climate crisis has arrived, not in far-flung places far off into the future, but right now and for me, right in my home city of Vancouver."

Mason is fully aware of the common dig at all weather forecasters — that they never get their predictions right. But by focusing on places and people that could face the most harm, many can be saved from falling into "the deepest of holes" that are impossible to climb out of.