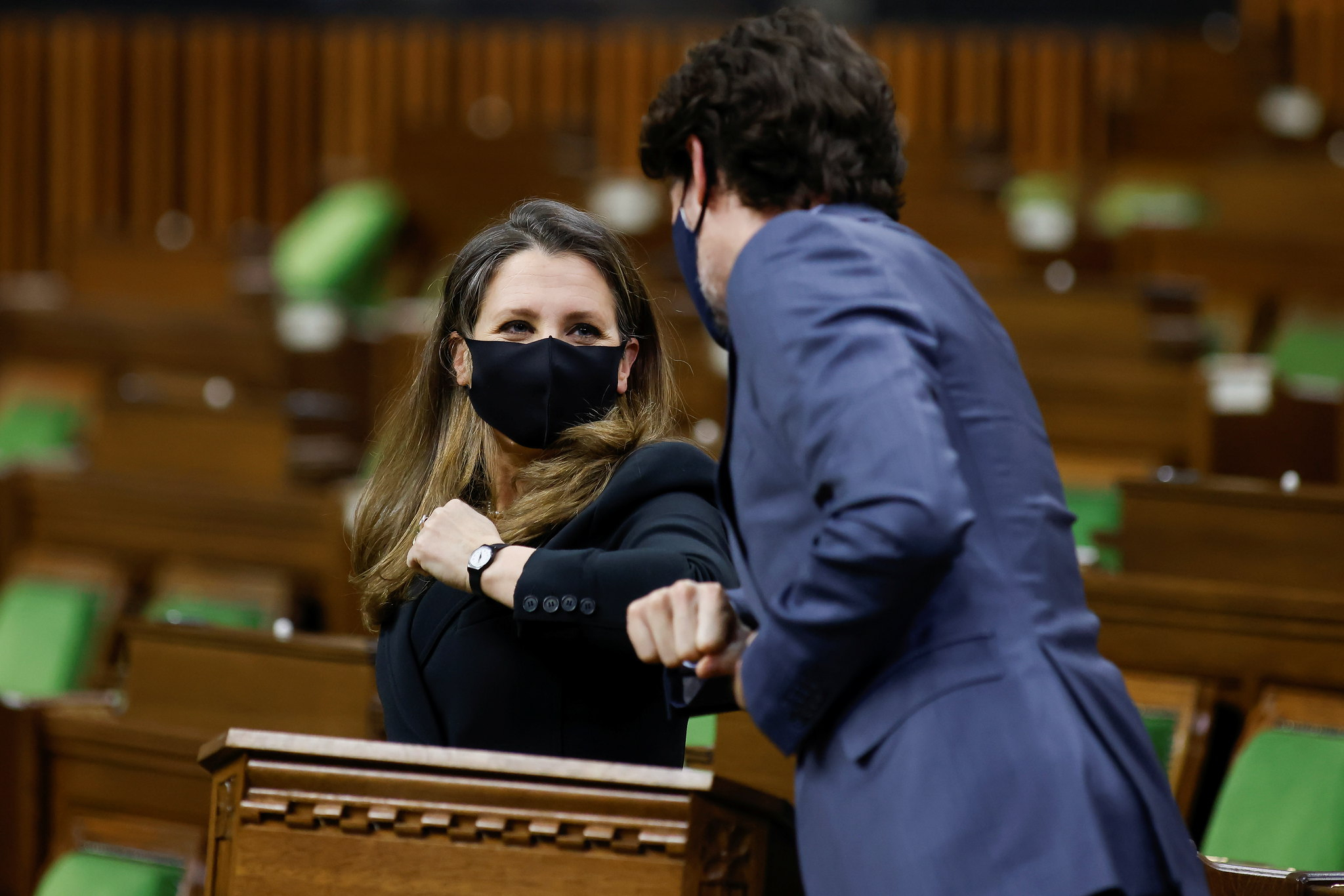 The fall fiscal update coming out tomorrow is an opportunity for the Liberal government to outline its latest projections for federal tax revenues and spending, as well as flag new policy measures in the lead-up to next year’s budget.

A release on the cusp of the holiday break suggests the government isn’t looking for much discussion and debate. This would be a missed opportunity. The need to "build back better" is more urgent than ever with the realization that COVID-19 — in new and different forms — will be with us for years to come.

And yet, the recent November jobs report seems to be signalling a shift in the pandemic story. Many bank economists are now sending the message that recovery is almost behind us, that it is time to tamp on the brakes lest “full employment” trigger runaway wage growth, and redirect our attention to an agenda of growth-oriented fiscal programs and tax reform.

That’s cold comfort to the many low-income and marginalized communities that have borne the brunt of the pandemic and didn’t receive the notice that the recession has run its course. The rising cost of living bites hard for those who are just scraping by, especially when it comes to food, housing and medication.

Almost 155,000 Canadians are still working less than half their usual hours, while almost 200,000 have been out of work for over a year. More than 230,000 workers, largely older women, have left the labour force altogether, putting their future financial security at risk. And this doesn’t speak to the 1.5 million people living in deep poverty and forced to depend on social assistance, who are largely overlooked in our rush to normal.

Pillars of a just and inclusive recovery

If the pre-pandemic agenda was about prosperity for the few, the post-pandemic agenda must be about well-being for the many (a detailed plan can be found in Canadian Centre for Alternatives’ annual Alternative Federal Budget). As Canada’s economy recovers, it’s important that every job is a good job.

To accomplish this, the federal government should: establish an independent low-wage commission tasked with researching minimum wage policy in Canada and its impacts; ensure diversity and community benefits through federal procurement; create a permanent Task Force on Women in the Economy and a new Workers Development and Opportunities Fund for training and apprenticeships; and implement a youth job guarantee.

COVID-19 also exposed the glaring gaps in Canada’s income support systems. Analysis by my colleague David Macdonald has shown that more than 1.5 million workers were likely affected by the wind-down of federal pandemic emergency benefits. The fiscal update should swiftly implement a permanent $500-a-week floor on Employment Insurance, among other changes to the program, so it can support the modern workforce.

Given the threat of the ongoing climate emergency, I’ll also be watching the fiscal update for clear signs of investment in infrastructure for people, biodiversity and the planet. An immediate moratorium on new fossil fuel extraction projects and a phasing out of coal, oil and natural gas production for fuel by 2040 is mission-critical, alongside a new just transition benefit to support workers in the move to a new green economy. Creating more livable communities should also be a high federal priority, including expanding the creation of affordable and sustainable non-market housing.

The negative impacts of colonialism on Indigenous peoples’ well-being also require immediate action. This fiscal update is an opportunity to move forward on making a major investment in green infrastructure in Indigenous communities, investing in Indigenous food sovereignty, and ensuring First Nations communities have clean water and access to reliable broadband infrastructure.

COVID-19 exposed how central Canada’s care economy is to public health and well-being, and how critically it needs to be better supported. The federal government should commit to taking the profit motive out of $10-a-day child care and long-term care. It’s also essential to move quickly to ensure care workers are adequately compensated to reflect their full value to society. Given ongoing affordability concerns, I also hope to see the government speeding up the creation of national programs for pharmacare, mental health, and dental care.

To fund these changes, the federal government should look to new revenue measures —such as a progressive wealth tax, a corporate super-profits tax, and a minimum tax on multinationals — which will help ensure that our debt service-to-GDP ratio remains at or near-historic lows.

It is highly likely the federal government will be reporting a smaller deficit than forecast last spring given the positive revisions to the projected deficits in Canada’s biggest provinces: Ontario, Quebec, Alberta and British Columbia. Any new measures introduced in the update will likely be paid for with higher than expected economic growth.

Canadians want and deserve a comprehensive and inclusive recovery plan. Focusing on growth without acting swiftly and boldly to address the systemic issues and inequalities COVID-19 has exposed and amplified would be a mistake.