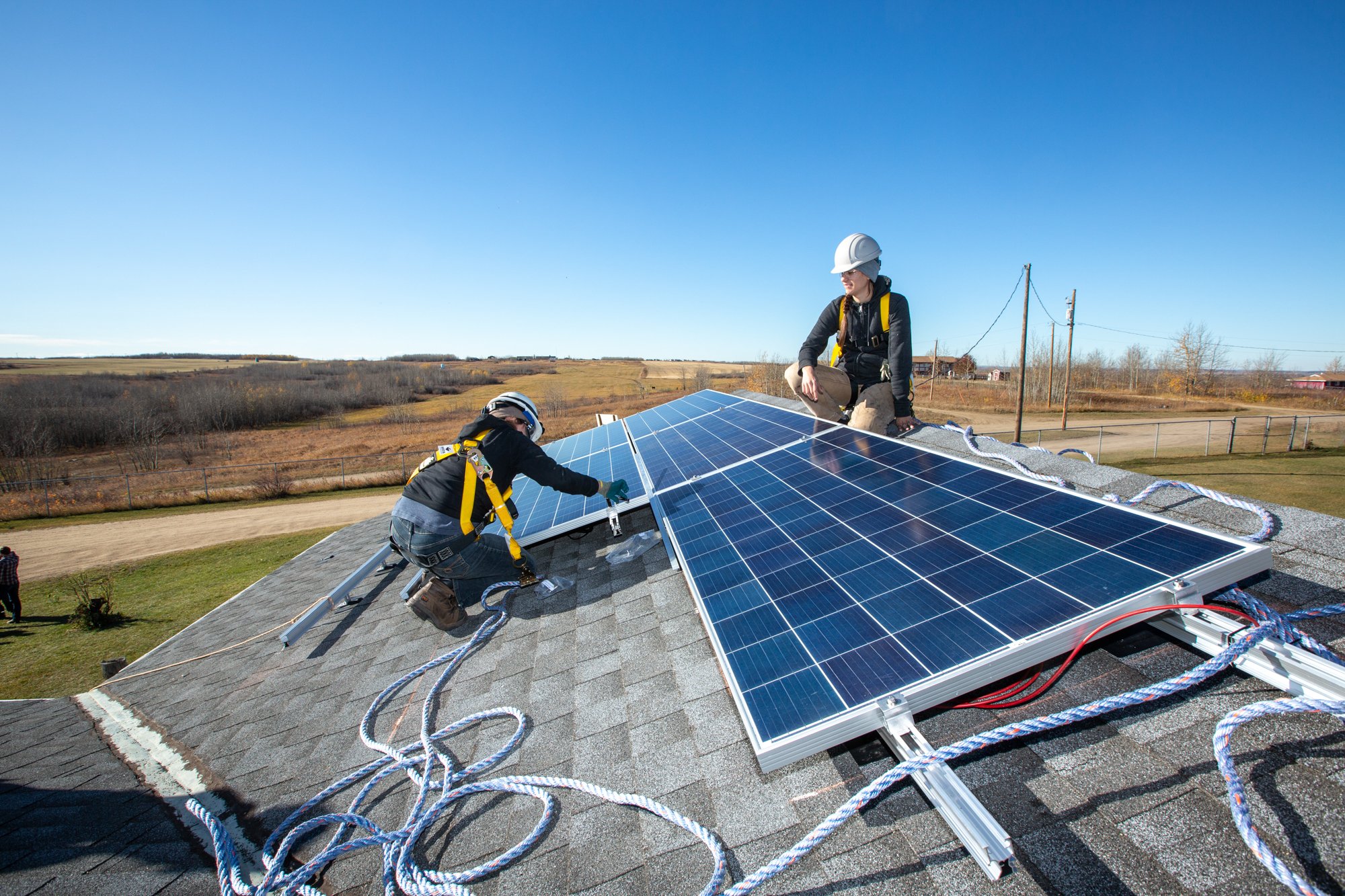 The Liberal Party’s climate plan includes commitments for a just transition and new funding to support fossil fuel-reliant provinces, but one oilpatch worker-led organization says the plan falls short of what is needed.

In their climate plan, released on Sunday, the Liberals pledged $2 billion for a “Futures Fund” for Alberta, Saskatchewan, and Newfoundland and Labrador to “support local and regional economic diversification” and develop clean energy opportunities in the coming decade.

The Liberal commitments for a just transition also highlight the $1.7-billion investment in skills development and retraining proposed in the 2021 budget earlier this year.

“It's a good start, and it’s a good commitment,” said Luisa Da Silva, executive director of Iron and Earth. “Maybe that's what they need to do in order to start getting the ball rolling on this, but ultimately, it's going to cost more to transition Canada to net-zero.”

In its Prosperous Transition Plan, Iron and Earth calls for a National Upskilling Initiative, which would require a federal investment of $10 billion over 10 years to upskill over one million workers at $10,000 per worker on average.

If the $2 billion in new funding is used effectively to help Alberta, Saskatchewan, and Newfoundland and Labrador diversify and move toward net-zero, Da Silva says it will be a step in the right direction, particularly because those provinces are so dependent on the fossil fuel economy.

But Caroline Brouillette, domestic policy manager for Climate Action Network Canada, cautions that although the $2-billion “Futures Fund” sounds promising, “whether this fund meaningfully advances a just transition will really depend on how it is governed, whether it engages with affected groups, and what strings are attached to the funding.”

The previously announced $1.7 billion from the 2021 budget includes commitments like providing $250 million to help upskill and redeploy workers to new jobs, $55 million for a Community Workforce Development Program targeting decarbonization and just transition, and $960 million for a new Sectoral Workforce Solutions Program to help employers train and recruit workers in sectors like health, construction, and cleantech.

In July, Natural Resources Canada launched a consultation process asking Canadians for feedback on how to achieve a just transition and promised to create just transition legislation informed by the input from unions, workers, Indigenous communities, provinces, territories, and organizations.

However, Iron and Earth received an email from the Just Transition Team on Aug. 16 saying that due to the election call, “consultation sessions on proposed just transition legislation are postponed until further notice,” and any invitations sent for upcoming sessions are cancelled.

The @Liberal_Party has committed $2 billion to help Alberta, Saskatchewan, and Newfoundland and Labrador transition to a net-zero economy. @IRONandEARTH says it's a good start, but "ultimately, it's going to cost more." #elxn44 #cdnpoli

Da Silva said she was disappointed by the news, saying, “it's the right sentiment, it's just the timing feels wrong” given that just transition was promised in 2019 and is only now coming to fruition on the eve of an election.

Canadians can still participate by emailing their feedback to Natural Resources Canada until Sept. 30.

The new Liberal plan also pledges to create “more opportunities for women, LGBTQ2 and other underrepresented people in the energy sector” and launch a Clean Jobs Training Centre to help “industrial, skill and trade workers across sectors to upgrade or gain new skills to be on the leading edge of (the) zero-carbon industry.”

The NDP election platform promises Canadian workers will be “front and centre” in its climate action plan and intends to support them with expanding EI benefits, providing retraining and job placement services, ensuring companies retain workers during the transition, and giving older workers retirement security.

The party also plans to create over a million new jobs through investments in clean energy, climate resilience, and social infrastructure, including a target to retrofit all buildings in Canada by 2050 to create jobs where people live and work.

The Conservative election platform questions why Justin Trudeau would “phase out industries that employ millions of Canadians” and does not mention the phrase “just transition.” Instead, it promises to “support the energy sector as a critical part of our economy.”

To support workers, the Conservative platform says it would create the Working Canadian Training Loan to provide low-interest loans of up to $10,000 to people who want to upgrade their skills, and would also invest $250 million over two years in projects through employers, unions, and organizations that help workers get the training they need.

So far, no party has adopted Iron and Earth’s $10-billion National Upskilling Initiative, but Da Silva said whether you look at the climate crisis through the lens of economy, jobs, or climate, it all comes down to the same thing.

“Whoever ends up being in Ottawa needs to realize that they have to take the transition to net-zero seriously to protect Canadians, so we have a decent future to look forward to,” said Da Silva.

“The writing's on the wall. The economy that we have had and the ways that our energy has been sourced can't really continue into the future because it's just having too many ramifications.”

Gosh. We've come farther than I thought since the job market got hit by the Free Trade Agreement. Southern Ontario lost 500,000 jobs, most of them very good jobs ... Government's response was to make EI (then called UI) more difficult to collect, and more expensive for workers. There were some training programs, but they were mainly 8-16 week college programs. Minimum wagers.