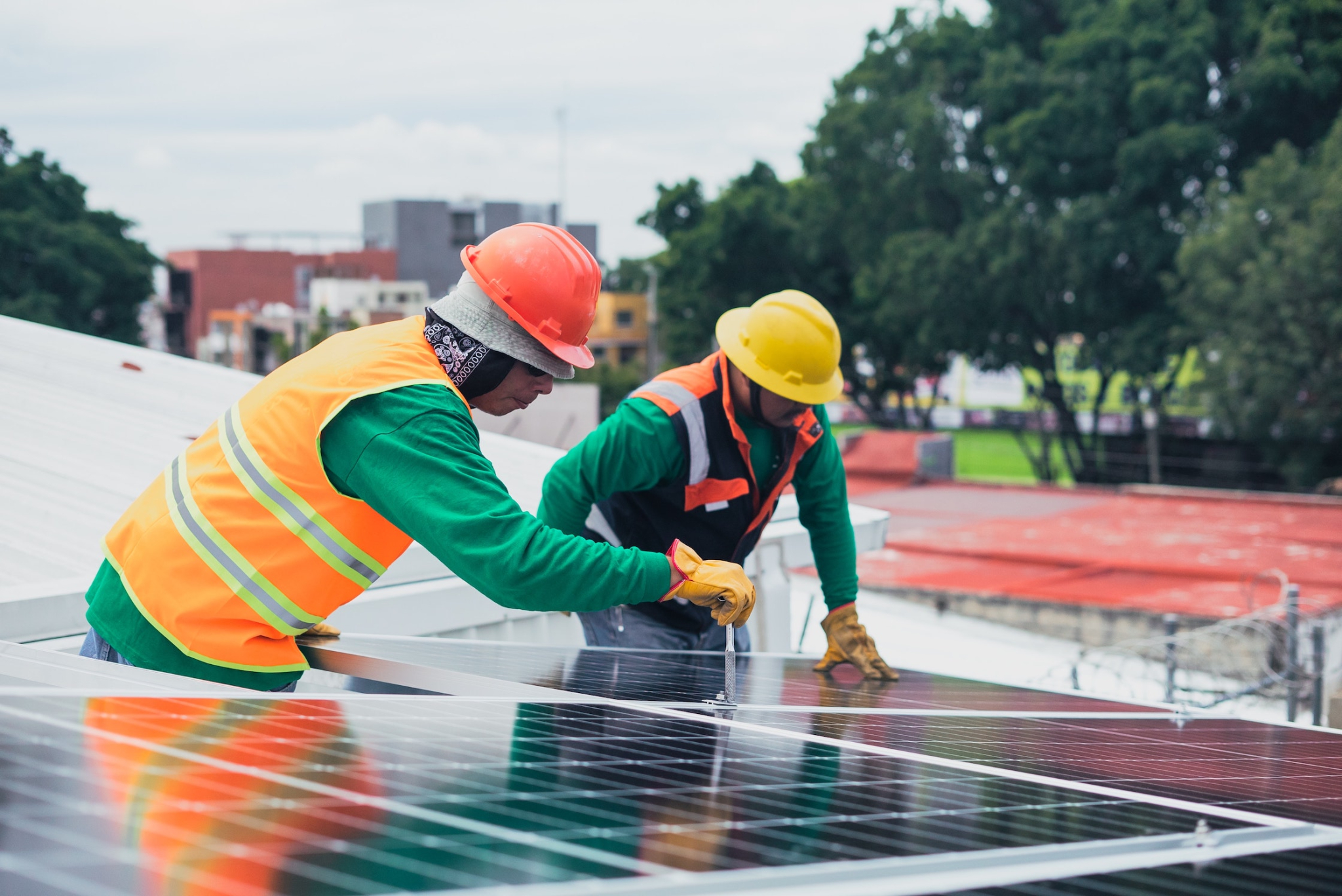 An increasing use of solar power will require more workers trained in their installation, repair and maintenance. Photo by Los Muertos Crew / Pexels
Previous story
Next story

Canada’s goal of a net-zero economy by 2050 will require a broad reassessment of how we live and work, creating some entirely new jobs and remodelling many others. Post-secondary institutes say they’re already shifting to train the next generation of workers.

Canada’s effort to shift away from an economy dependent on the extraction and use of fossil fuels is already creating movement in many industries, which typically work closely with the country’s trade schools to help them teach the skills demanded in the workforce.

“We know that employers are looking for new skills, and students are also asking for programs that will help them find work in a green economy while making a difference and contributing in a positive way,” she said.

There are at least 343 post-secondary programs in Canada that incorporate climate change in their curriculum, according to an informal count by staff at the lobby group, which represents trade schools and other non-university educational institutions that offer more than 10,000 courses overall. (This number does not encompass courses taught at Canada’s universities or the small number of technical schools that are not members of the voluntary association.)

British Columbia punches well above its weight, with 28 per cent of the green trade courses for 13 per cent of the population, while Alberta, the site of most of the country’s oil and gas industry and the province most in need of green transition training opportunities, trails behind with 23 courses, or less than seven per cent, for more than 11 per cent of the overall population.

Between one-half and three-quarters of Canadians employed in oil and gas could lose their jobs on the path to 2050, TD Economics estimated in a report from April, which warned of disastrous consequences similar to the collapse of manufacturing in the 1990s and early 2000s unless governments develop worker transition plans now.

On the other side of the coin, some 10 million green jobs could be created worldwide by the delivery of thousands of shovel-ready renewable projects, consultancy firm EY estimated in July.

Ontario’s count of green trade curriculum included the two colleges with the largest number of such courses, with Centennial College that mostly serves the eastern side of the Greater Toronto Area offering 19 and Algonquin College campuses in and around Ottawa offering 16.

The green transition will need trained apprentices, architects, engineers and other climate-educated workers, many of whom are just leaving high school or in the midst of their post-secondary education. #GreenWorkforce

“Centennial green is our colour, and we live those values through a strategic commitment to an activist college and ... through intentional development and modification of cutting-edge programs that are going to address the needs not just for today in the workplace but for the sustainable jobs of tomorrow,” said Marilyn Herie, Centennial’s chief learning officer.

The modifications include a resurrection of the college’s architectural technology course some 15 years ago with a focus on green building design and technology and the move to add teaching on hybrid-electric powertrains in its school of transportation more than a decade ago.

The college has also incorporated farm-to-table practices in its culinary programs and is working with an industry partner, Safran Landing Systems, to investigate electrically actuated landing gear to replace weighty hydraulics in commercial aircraft, which would cut down on fuel burn.