COVID rules beefed up in some provinces over Omicron 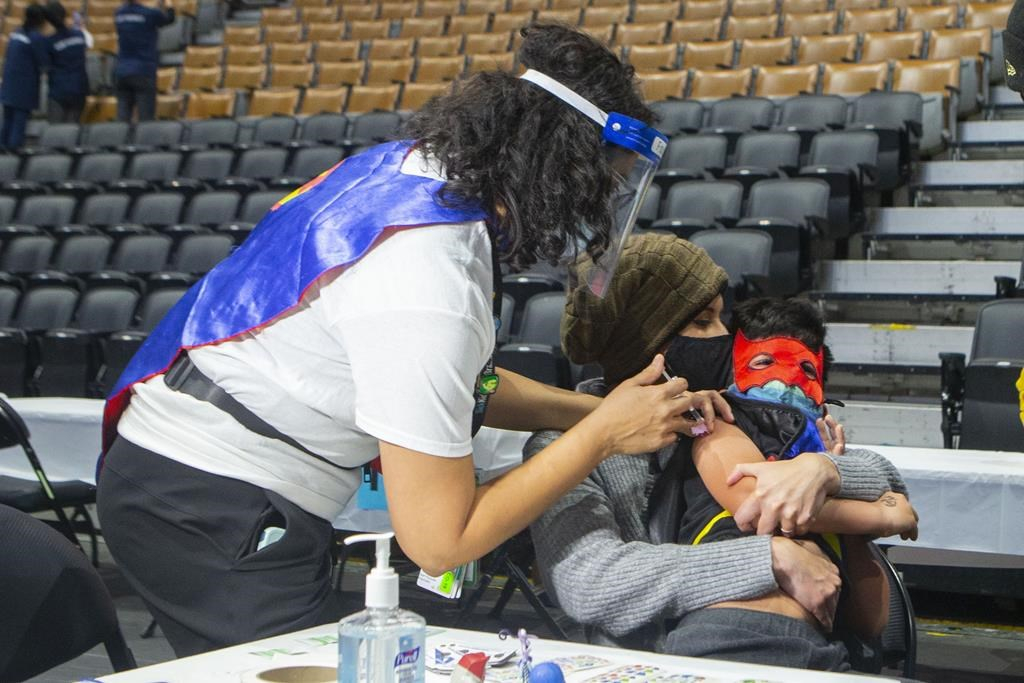 The threat of the Omicron variant has fuelled a surge in people looking to get COVID-19 vaccines. Photo by The Canadian Press
Previous story

Tougher public health restrictions came into effect Monday in many parts of Canada as some regions continue to deal with concerning COVID-19 case counts and rising rates of hospitalizations.

In Quebec, the province announced 4,571 COVID-19 infections — a new single-day record. The province said there were 21 more people in hospital, bringing the total hospitalizations to 397.

Bars, movie theatres and entertainment venues were to close as of 5 p.m., while restaurants must operate at reduced capacity and close at 10 p.m.

New capacity restrictions are also in place in British Columbia and Newfoundland and Labrador to help curb the spread of COVID-19 and the Omicron variant.

B.C. has limited capacity to 50 per cent at venues that hold more than 1,000 people, including those that hold sporting events, theatre performances and music concerts.

Newfoundland and Labrador has limited bars to 50 per cent capacity and restaurants to 75 per cent with physical distancing. The province sent kids home Monday as schools closed early in response to rising caseloads.

While theatres are allowed to keep their doors open, some production companies in Ontario cancelled shows to contend with the rise in cases.

In Ottawa, plans to bring the acclaimed "Hamilton" musical to the National Arts Centre's Southam Hall next month have been postponed until July.

New capacity restrictions are now in place today for residents of British Columbia, Quebec and Newfoundland and Labrador to help curb the spread of #COVID19 and the threat of the #Omicron variant.

And plans to première the eagerly anticipated Tom Stoppard play "Leopoldstadt" in North America in early 2022 were cancelled.

Theatre producer David Mirvish issued a statement saying the "sudden arrival" of the variant made it impossible to move forward. "I'm not giving up on 'Leopoldstadt.' I'm determined to present this magnificent play in Toronto sometime in the future when it is safe to do so," he said.

The implementation of capacity limits had some small business owners lamenting how the "most wonderful time of year" has become a nightmare for a sector still struggling to recover from previous waves of the pandemic.

"There's been a few dark moments through the pandemic, and that one really felt like one of the darker, even though we've been dealing with this for two years," said Brendan Doherty, an owner of the Old Triangle Irish alehouses across the Maritimes.

Dan Kelly of the Canadian Federation of Independent Business said the organization surveyed 4,514 small business owners last month before Omicron reached its peak and found 36 per cent were back to normal sales.

"Any little glimmer of hope that many businesses saw at the end of this two-year tunnel are quickly being extinguished," Kelly said.

Pharmacies in Montreal had long lineups as the province provided free rapid tests to residents, but many people walked away empty-handed.

Some experts are calling on provincial and federal governments to educate the public on using rapid tests as they become more readily available.

"Rapid testing seems to be becoming more available almost overnight and the rapid tests are getting into people's hands faster than the messaging is coming out," said Dr. Dalia Hasan, a physician and founder of COVID Test Finders, an advocacy group for the availability of rapid tests.

"People need to know the intended purpose of the tests, when to use them and how to use them if they're going to be effective," she said.

Appointments for booster shots were also snapped up in Ontario as millions of residents became eligible for third doses.

Clement Law in Ottawa said he logged onto the provincial website shortly before bookings were supposed to open and was placed in a virtual lineup that lasted more than an hour. When he got access to the booking system, Law said there were no appointments available in his area.

— With files from Laura Osman in Ottawa

Note to readers: This is a corrected story. A previous version said B.C. has limited capacity for bars and restaurants at 50 per cent.

If Jason Kenney wants a $32B subsidy for Big Oil, he should pay for it