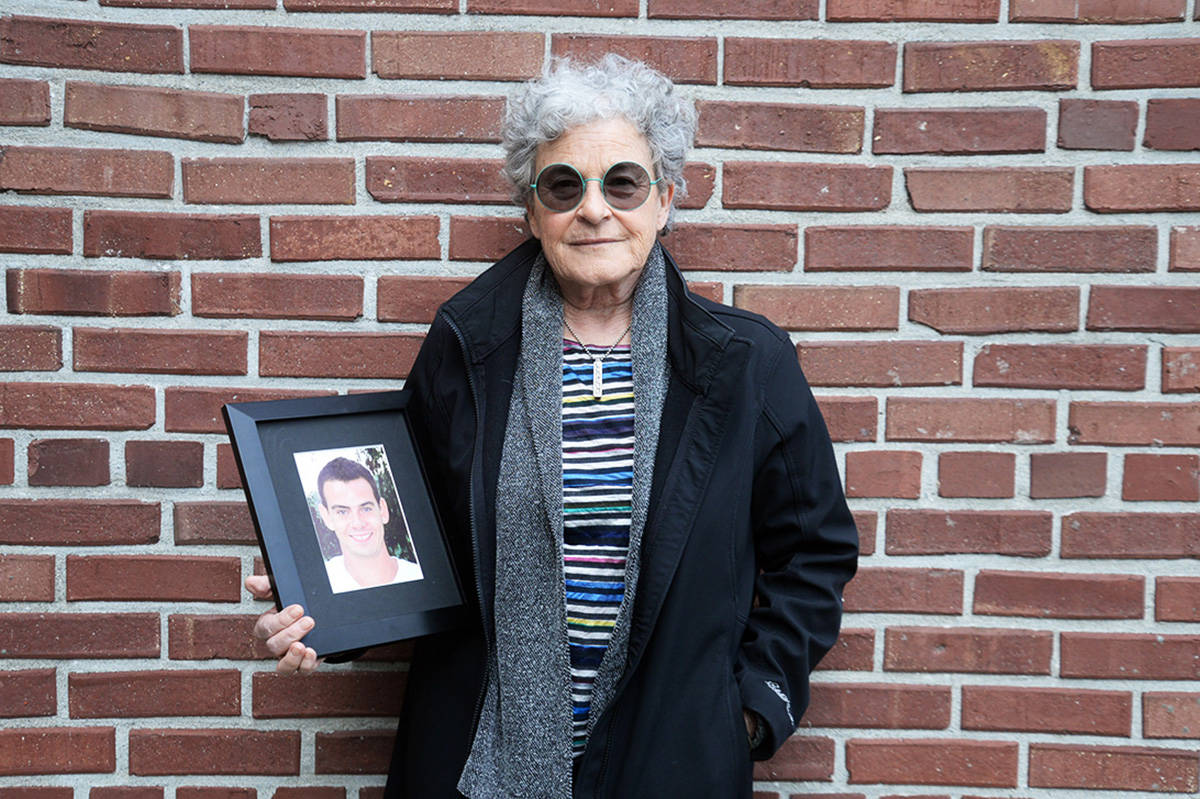 Leslie McBain of Moms Stop the Harm says the federal government's failure to mandate concrete action on the overdose crisis is unbelievable. Photo courtesy of MSTH
Previous story
Next story

A day after Canada’s public health officer suggested as many as 4,000 people could die from toxic street drugs by June, the federal government’s marching orders for the newly created Minister of Mental Health and Addictions hardly mentions the nation’s overdose crisis, critics say.

It’s not that the language or lack of clear deliverables is inadequate, said Leslie McBain of Moms Stop the Harm, an advocacy group of thousands of mothers who have lost children to toxic drugs.

It’s that the public health crisis barely gets a mention at all.

“With the number of deaths we’ve seen, how can the prime minister, our leader, avoid mentioning it? It’s almost unbelievable.”

In his letter, the prime minister does not reference the thousands of drug toxicity deaths or the ongoing overdose crisis, which has killed 24,626 people since January 2016.

Nor does Trudeau mention safe supply or the decriminalization of drug use — the two measures drug policy analysts, public health experts and activists have repeatedly identified as vital to separating drug users from the deadly street supply and reducing shame, stigma and social isolation.

“The depth of the problem and the possible solutions are all in front of them. They are just choosing to say, 'We don’t give a shit,'" says activist Garth Mullins of Ottawa's failure to mandate concrete action to tackle the toxic drug death crisis.

The only reference to the crisis is a paragraph that calls on the minister to “advance a comprehensive strategy to address problematic substance use in Canada.”

The paragraph does call on the minister to support efforts to improve public education to reduce stigma, as well as support and work with various stakeholders to provide access to a range of evidence-based treatment and harm reduction measures and to create standards for treatment programs.

But Bennett’s mandate does not set out any specific mechanisms, goals or timelines for those objectives, nor does it acknowledge the reforms advocates are calling for, McBain said.

She originally had high hopes after the new ministry had been formed — presumably created in part to deal with the crisis — and after recently meeting Bennett, who seemed to comprehend the gravity of the issue, McBain added.

But failure to acknowledge the scope and urgency of the crisis and the lack of tangible commitments by the Prime Minister’s Office to address it was shocking, she said, especially after B.C. saw 1,782 toxic drug deaths by the end of October, making 2021 the deadliest year on record.

“It’s a gut punch and demoralizing and all those things,” McBain said.

“But this is a whole different level of stigma and blindness.

“We want them to see all the families that are struggling with grief because their kids or loved ones have died. But this, this is just tone-deaf and blind.”

Government don't need another study. They aren't missing the evidence. There's no magical number of corpses that will unlock their hearts. They aren't ignorant. They know (see graph). They choose social murder (see mandate letter). It's necropolitics. pic.twitter.com/PrDLJuJSmf

It’s ironic that Bennett’s social media blurb on Twitter about her mandate letter makes more explicit reference to the toxic drug crisis than the letter does itself, said Garth Mullins, a Vancouver-based peer activist and broadcaster.

“Typically, with this government, you’re used to getting some symbolic, sympathetic language with no real action,” Mullins

“So, I was surprised that they didn't even bother to do that.”

The very use of the word “addictions” in the ministry’s name and the reference to “problematic substance use” in the mandate letter are misleading, Mullins said.

It’s not an addictions problem, he said.

Many of the people dying from toxic drugs — primarily middle-aged men aged 30 and 50 — are recreational rather than habitual users.

The only way to prevent deaths is to sever people from poisonous drug supply, provide regulated pharmaceutical alternatives, as is done with alcohol, and decriminalize drug use and end police enforcement.

Failing to concretely address the overdose crisis in the minister’s mandate is actually a “more honest” representation of the federal government’s position, Mullins said.

“It’s because they don’t care, and they aren’t concerned that the policies they maintain are killing people,” Mullins said.

“The depth of the problem and the possible solutions are all in front of them.

Comment from the minister's office was unavailable before the Canada’s National Observer publication deadline.

A federal Ministry of Mental

A federal Ministry of Mental health and Addictions? Just a smoke-screen very much like the same ministry we have in BC.

It is both mind boggling and

It is both mind boggling and deeply enraging for this government to turn its back entirely on the problem of deliberate toxic adulteration of the already illegal drug trade. It could be called the slow genocide of the nation's "deplorables". Government has condemned a wide swath of its citizenry to death by poison. A cynic would say that adulterated drugs at least accelerate the dragged out deaths of drug addiction and possibly will save the body politic money they don't have to spend on drug rehabilitation and may well reduce incarceration rates. Is that the cost benefit analysis behind this? Or is it simply the result of human fatigue for dealing with other peoples problems? Either is a sadly ignoble position.