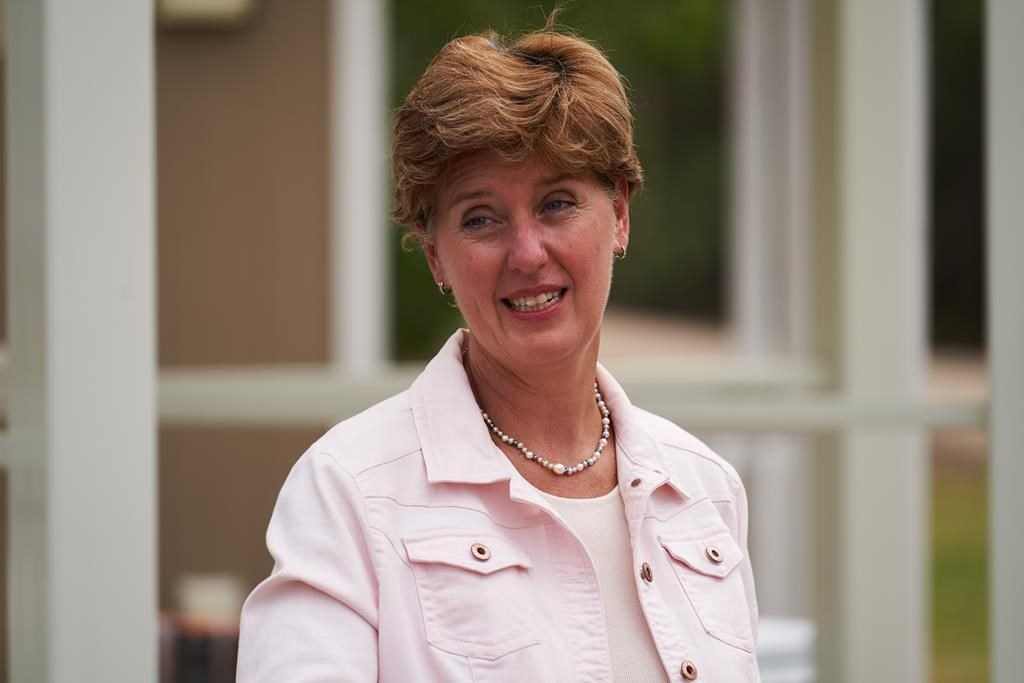 The federal government is spending another $30 million to help people at risk of going hungry.

The top-up of the Emergency Food Security Fund will provide more money to the charitable sector to help Canadians access needed food services.

Agriculture Minister Marie-Claude Bibeau says the move is a response to increased demand for food banks and programs by Canadians across the country during the COVID-19 pandemic.

The government has provided hundreds of millions of dollars to the fund since the beginning of the pandemic.

The latest federal money will be distributed among several food banks and programs, including Food Banks Canada, Second Harvest, Breakfast Club of Canada and The Salvation Army.

Fund recipients will use part of the money to buy surplus Prince Edward Island potatoes and distribute them to local food organizations in need, a product that Bibeau said was of "excellent quality."

Fresh potatoes from P.E.I. currently face an almost month-long export ban to the United States after the discovery of a fungus, called potato wart, growing on two potato farms.

Kirstin Beardsley, chief network services officer of Food Banks Canada, said the extra money "could not have come at a better time" because of increased demand for help over the last few months.

Beardsley said that in some weeks the demand has doubled compared to the same period last year, but the average has been 67 per cent higher, a trend she said is "concerning to say the least."

Tommy Kulczyk, general manager of the Breakfast Club, says it has seen a "dramatic increase" in demand for breakfast programs in the last year, with over 600 schools on a waiting list to benefit from its help.

Lori Nikkel, CEO of Second Harvest, said its latest research shows over six million Canadians have visited one of more than 60,000 charities, schools, non-profits and food hubs to get food since the outset of the pandemic.

Nikkel said that groceries are becoming further out of reach for families as a result of rising food costs fuelled by inflation, leading many Canadians to seek help for the first time.

A drop in salaries, along with a rise in utility costs, means The Salvation Army is seeing more first-time users, not just in urban settings but also rural and smaller communities, said Lt.-Col. John Murray, a spokesman for the organization.

Meredith Hayes, senior manager of Community Food Services Canada, expressed her appreciation for the added support as solutions are sought for the systemic causes that lead people to go hungry.

This report by The Canadian Press was first published Dec. 22, 2021.

Re: as solutions are sought

Re: as solutions are sought for the systemic causes that lead people to go hungry

In an attempt to restrain the economy and dampen inflation, the Bank of Canada could raise rates as early as January and might not wait for "a full labour recovery". According to mainstream definition, even a full labour recovery entails about 5.5% unemployment which translates to over one million Canadians remaining idle.

By entrenching joblessness that largely affects the vulnerable bottom of the workforce, conventional economic policies cause much personal suffering - lack of income, loss of self-esteem, degradation of skills, more addictions, and more family breakdowns.

During the Great Depression, governments organized programs that provided work to those willing and able. This is possible today. Will policymakers prioritize this, or concern themselves mainly with whether banks, corporations, and their elite shareholders are prospering enough?

1. The desperate need for a paradigm shift in establishment macroeconomics, Mario Seccareccia
policyalternatives

"How can central bankers morally justify raising the income of one group, the rentiers, in order to constrain the growth of another social group, the wage earners, in the name of combatting inflation? This begs the obvious question of “combatting inflation for whom?” Because of its contradictory nature, a monetary policy instituted by central banks that is concerned uniquely with fighting inflation has a permanent bias against wage growth."

“The Conservative belief that there is some law of nature which prevents men from being employed, that it is “rash” to employ men, and that it is financially ‘sound’ to maintain a tenth of the population in idleness for an indefinite period, is crazily improbable – the sort of thing which no man could believe who had not had his head fuddled with nonsense for years and years…

Our main task, therefore, will be to confirm the reader’s instinct that what seems sensible is sensible, and what seems nonsense is nonsense. We shall try to show him that the conclusion, that if new forms of employment are offered more men will be employed, is as obvious as it sounds and contains no hidden snags; that to set unemployed men to work on useful tasks does what it appears to do, namely, increases the national wealth; and that the notion, that we shall, for intricate reasons, ruin ourselves financially if we use this means to increase our well-being, is what it looks like – a bogy.”

3. What is a Job Guarantee?

"..the Job Guarantee is actually a macroeconomic policy framework designed to ensure full employment and price stability is maintained over the private sector business cycle.

The Job Guarantee jobs would ‘hire off the bottom’, in the sense that minimum wages are not in competition with the market-sector wage structure.

By not competing with the private market, the Job Guarantee would avoid the inflationary tendencies of old-fashioned Keynesianism, which attempted to maintain full capacity utilisation by ‘hiring off the top’ (i.e. making purchases at market prices and competing for resources with all other demand elements).

Job Guarantee workers would enjoy stable incomes, and their increased spending would boost confidence throughout the economy and underpin a private-spending recovery."

4. William Mitchell is Professor in Economics and Director of the Centre of Full Employment and Equity (CofFEE), University of Newcastle, NSW, Australia http://bilbo.economicoutlook.net/blog/?p=30994

"At the time of the 2001 crisis, the Argentinean government realised it had to adopt a domestically-oriented growth strategy. One of the first policy initiatives taken by newly elected President Kirchner was a massive job creation program that guaranteed employment for poor heads of households.

Within four months, the Plan Jefes y Jefas de Hogar (Head of Households Plan) had created jobs for 2 million participants which was around 13 per cent of the labour force. This not only helped to quell social unrest by providing income to Argentina’s poorest families, but it also put the economy on the road to recovery.
***
Without the flexibility provided by a sovereign, floating, currency, the government would not have been able to promise such a job guarantee."

"Elites obviously don't want to completely tank the economy. But it certainly works for them if it stays modestly stagnant, maximizing the growth of the pie while minimizing worker bargaining power."
_______