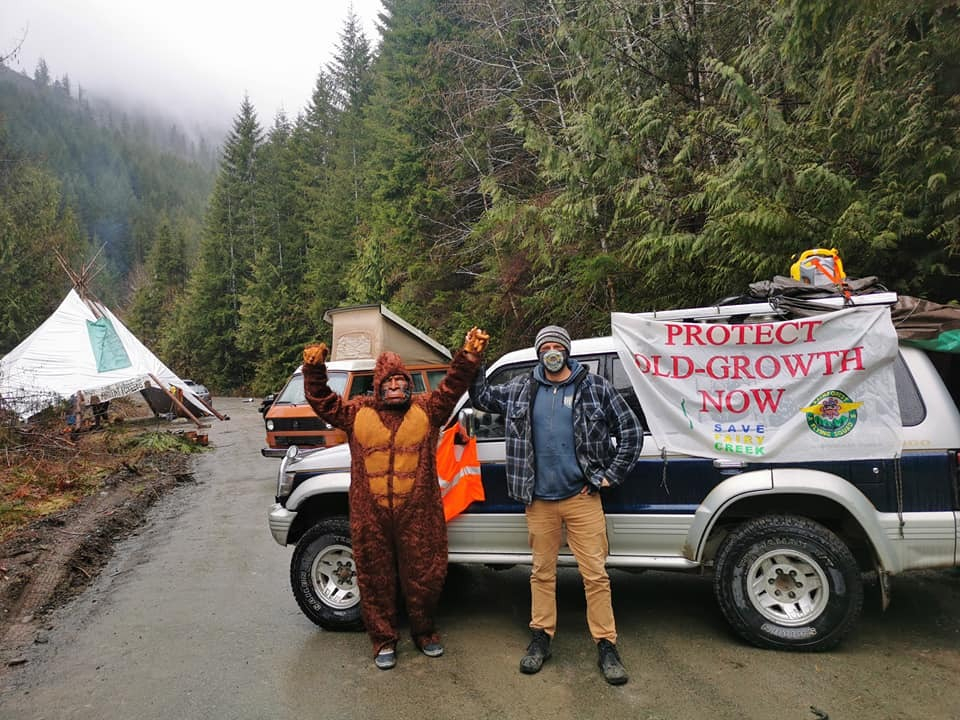 At Fairy Creek on southern Vancouver Island, the Canadian Association of Journalists and a consortium of news organizations, including Canada’s National Observer, won in court to more freely cover the protest. Photo courtesy of Rainforest Flying Squad
Previous story

Earlier this month, Maria Ressa of the Philippines and Dmitri A. Muratov of Russia became the first working journalists to be awarded the Nobel Peace Prize since German Carl von Ossietzky in 1936.

In their acceptance speeches, Ressa and Muratov spotlighted the critical, symbiotic role a free press plays in nurturing a democratic culture predicated on accountability, transparency, and a respect for basic human rights.

Juxtaposed against the vivid hope of this not-unrealistic “democratic vision,” however, both laureates’ remarks also shined a light on a much darker and sobering cloud that hangs over the heads of many professional reporters, editors, and photographers, especially in today’s so-called “post truth” world: that in serving the public good, journalists have unwittingly put themselves in the line of fire.

Don’t believe being a journalist is a hazardous occupation?

Consider then the 2021 statistics recently released by the U.S.-based Committee to Protect Journalists. In its recent annual report, the non-governmental press freedom organization said 293 journalists around the world were imprisoned this year, which is up 13 from the year before. Twenty-four journalists have been killed this year, while 18 others died in circumstances deemed “too murky to determine whether they were specific targets.”

While international human rights pariahs such as China, Myanmar, Egypt, and Russia dominate the list of countries jockeying for the infamous title of “world’s most repressive regime,” oceans away, concerns about press freedom have begun to wash ashore on Canada’s West Coast.

Just weeks before Ressa and Muratov sounded alarms about the global press freedom’s disarray in Oslo, two Canadian journalists were obstructed, interfered with and criminalized for the simple act of doing their jobs by the RCMP in Wet’suwet’en territory in the northwestern-central Interior of British Columbia.

As you might have already read in Canada’s National Observer, journalists Amber Bracken and Michael Toledano were arrested on Nov. 19 for, according to the RCMP, violating the terms of a court injunction by “embedding” with people opposing the construction of a contentious natural gas pipeline. Both Bracken and Toledano remained in police custody for three days and are due to appear in court, again on Feb. 14 as their erroneous charges have not yet been dropped.

Their arrests are not only complete and utter miscarriages of justice, they also represent a touchstone moment in the escalation in attacks on press freedom by law enforcement, which have acted as burrs under the saddles of journalists for many years.

Far from a rhetorical flourish, the recent evidence is overwhelming. Just this past summer, for example, photojournalists Ian Willms and Chris Young were detained by law enforcement on separate occasions while covering the eviction of homeless people from encampments set up in public parks in Toronto.

Opinion: It’s time for leaders to take action to bridge the continental divide between what is so often said about journalism and how journalists are actually treated, writes @Brent_T_Jolly @CAJ. #cdnpoli #PressFreedom #RCMP

In Halifax, Global News reporter Alexa MacLean was threatened with arrest when she was documenting clashes between police and citizens during the dismantling of crisis shelters. A video she shot of officers escorting her colleague, CTV reporter Sarah Plowman, away from the enforcement was shared widely on social media.

And at Fairy Creek on southern Vancouver Island, the Canadian Association of Journalists and a consortium of news organizations, which included Canada’s National Observer, won a court challenge that affirmed media rights and the vital role journalism plays in a free and democratic society after the RCMP imposed a series of unlawful restrictions on media.

When taken together, these incidents should compel us all as Canadians to consider fundamental questions that strike at the heart of the kind of country we want to live in, both now and in the future.

What value should we place, for example, on law enforcement bodies being transparent about their operational objectives and enforcement practices? Should government agencies be able to eschew accountability and operate without oversight by withholding records from the public? And what liberties should be afforded to those who gather information, bear witness to, and report on events taking place in the public interest?

Canada is a nation of laws and the freedom for journalists to engage in these activities is a legal right enshrined in Section 2(b) of Canada’s Charter of Rights and Freedoms. While politicians rush to platitudes to affirm these rights as essential to democracy, the RCMP and other law enforcement bodies across the country appear to believe these rights are open topics subject to negotiation. They are most decidedly not.

In addition to brushing up on the charter, RCMP brass should also add a few court decisions to their list of “must reads” this holiday season.

At the top of that list should be the 2019 decision by the Newfoundland and Labrador Court of Appeal in the case involving journalist Justin Brake. In its decision, the court affirmed the protection for journalists from broad injunctions. It also clearly laid out the responsibilities for journalists and how their news-gathering activities should be accommodated.

Another one worth reviewing is the B.C. Supreme Court decision passed down this summer. With regards to press restrictions placed on journalists by the RCMP at Fairy Creek, Justice Douglas Thompson stated bluntly that the RCMP’s treatment was incompatible with the rights afforded to journalists in a free and democratic society.

So, rather than pontificating with empty rhetoric, it’s time for leaders to take action to bridge the continental divide between what is so often said about journalism and how journalists are actually treated.

It’s an exercise, in fact, where Canada’s federal government can bring some relevant experience to the table. Take, for example, Canada’s involvement with the Media Freedom Coalition or its important pledge of support towards UNESCO’s Global Media Defence Fund.

Given these commitments, failure to rein in the seemingly unchecked powers of law enforcement towards journalists smacks of Orwellian doublespeak.

Indeed, a government that allows the rights of journalists to be undermined while preaching their vital democratic function is guilty of hypocrisy that, frankly, should send a chill down the collective spines of all Canadians.

Anyone who has spent any time

Anyone who has spent any time defending BC's old growth coastal rainforest knows the score when it comes to media rights and to the right to peaceful protest. While provincial and federal governments allow much of our last west coast old growth rainforests to be clearcut, many politicians continue to criticize Brazil's President Jair Bolsonaro, rightfully I might add, for encouraging the clearcutting the Amazon Rainforest. As Aboriginal peoples knew over a century ago, Canadian politicians speak with fork tongues. The rest of us are just starting to figure this out.