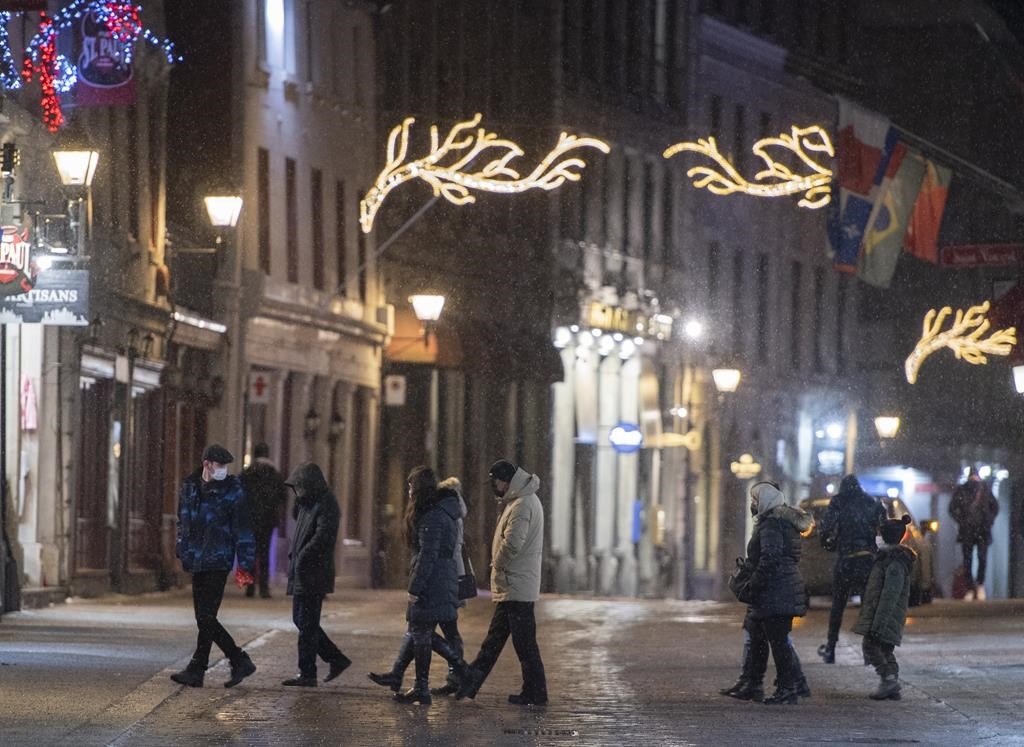 People walk along a street in Old Montreal following a news conference on Thurs., Dec. 30, 2021, by Quebec Premier Francois Legault where he announced new measures to help curb the spread of COVID-19. Photo by The Canadian Press/Graham Hughes
Previous story

With the relentless surge of the Omicron variant now pushing COVID-19 case numbers to new highs almost daily, governments across Canada are fighting back with tougher pandemic restrictions.

Quebec Premier François Legault has announced the reimposition of a 10 p.m. to 5 a.m. curfew that begins tonight, New Year's Eve, and will remain in effect indefinitely. In addition, restaurants in the province must close their dining rooms starting today and serve takeout only, while indoor private gatherings are being banned.

The fast rising tide of COVID cases has prompted some provinces to alter their back-to-school plans by extending the holiday break. In Ontario the resumption of in-person-classes is being delayed until Wednesday, in Alberta until Jan. 10, and in Quebec until at least Jan. 17.

Nova Scotia has announced that beginning Monday those aged 30 and up will be eligible for booster shots, while in Ontario publicly funded PCR testing is being restricted to only high-risk individuals who are symptomatic or at risk of severe illness.

Meanwhile, a new study from Public Health Ontario suggests that those infected with the highly transmissible Omicron variant are significantly less likely to face hospitalization or death compared to those with Delta. Still, the Public Health Agency of Canada noted Thursday that an average of 1,892 people with COVID-19 were being treated in Canadian hospitals each day this week, which is 23 per cent more than last week.

This report by The Canadian Press was first published Dec. 31, 2021.