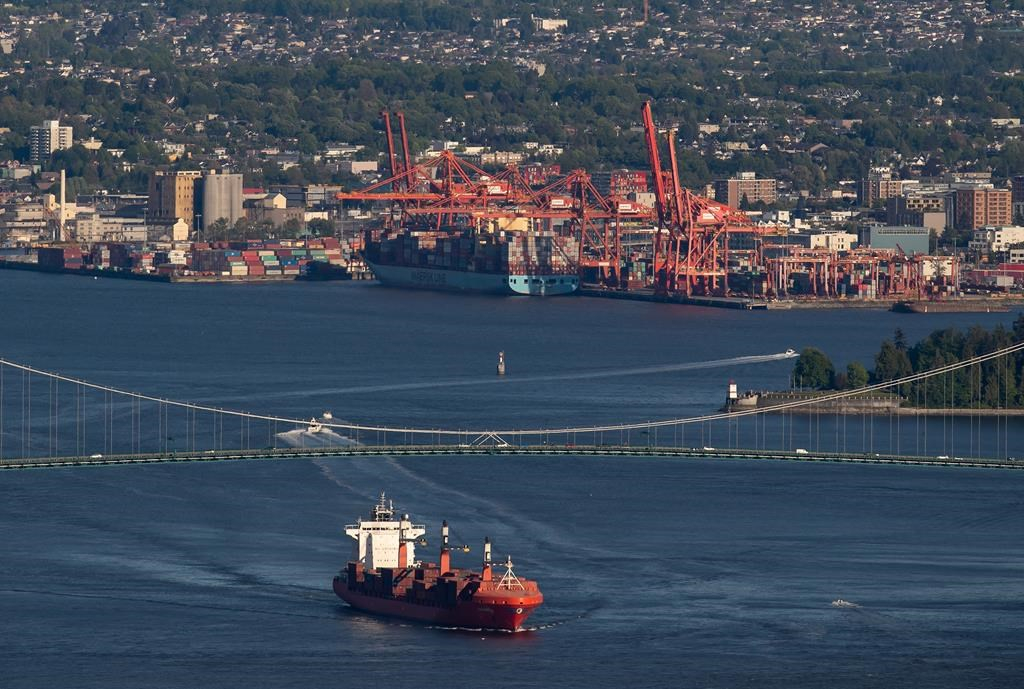 The container ship Ballenita passes under the Lions Gate Bridge after leaving port, in Vancouver, B.C., on Monday, May 18, 2020. File photo by The Canadian Press/Darryl Dyck
Previous story
Next story

Canada's largest private-sector union is calling on the federal government to push back a port plan that would impose tighter environmental restrictions on container trucks.

Amid a gnarled global supply chain, Unifor says the Port of Vancouver's long-scheduled ban on semi-trucks older than 10 years should be delayed beyond its slated date of Feb. 1.

Union president Jerry Dias said Friday the plan should go on pause for two more years and that unless Transport Minister Omar Alghabra steps in, "gridlock will overtake" the country's biggest port.

The Port of Vancouver first advised the sector of the "10-year rolling truck age program" in 2015 in line with its mandate to protect the environment and facilitate trade, the Vancouver Fraser Port Authority said in an email.

Across the region, the program will deliver an estimated 93 per cent decrease in particulate matter, "which is a known carcinogenic air pollutant," though only a 2.5 per cent drop in carbon dioxide, the port authority said.

The environmental regime, which would require container trucks with engine and exhaust systems more than a decade old to be retrofitted or upgraded, includes an exemption application process for older trucks that can meet green standards.

Unifor, which represents about 280 drivers, said that applying for a temporary exemption comes with large fees for truckers. The union said consultations should resume so as to avoid a hefty toll on big-riggers and port capacity.