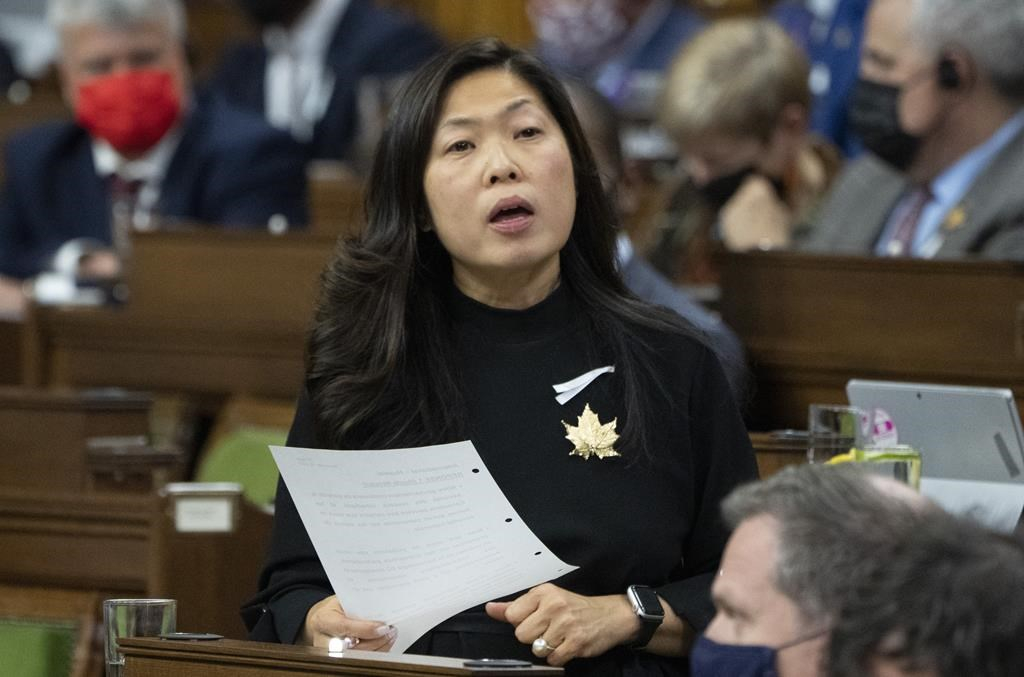 Canada's decision to pursue a foreign investment protection agreement with Taiwan, amid its ongoing tension with mainland China, was greeted Monday with widespread approval in trade and diplomatic circles.

International Trade Minister Mary Ng announced Canada's intention in a statement released by her office on Monday, that disclosed her Sunday telephone call with a Taiwanese minister. She said the island represented a key trade and investment partner as Canada tries to diversify its trade relations in the Indo-Pacific.

"The ministers discussed the need for Canada and Taiwan to continue to work together to further promote supply chain resilience and mutually beneficial commercial opportunities, as well as to increase collaboration on science, technology and innovation, education, Indigenous affairs, and the green economy," Ng's office said of her discussion with John Deng, Taiwan minister-without-portfolio.

Taiwan is self-governing but the Chinese government claims it as part of China and has raised the threat of possible annexation by staging military manoeuvres near the island and buzzing it with war planes.

China is usually critical of countries that trumpet their economic ties with Taiwan, but Meredith Lilly, a trade expert at Carleton University's Norman Paterson School of International Affairs, said the island is a full-fledged member of the World Trade Organization which makes it fair game for Canada to pursue deeper trade.

"Canada is launching an Indo-Pacific strategy that looks at trade prospects in the region that are beyond China and Taiwan is an important part of that," said Lilly. "Part of this is an important sovereignty issue for both Taiwan and Canada."

Lilly said last year's resolution of the Meng Wanzhou-two Michaels affairs reinforces the need for Canada to pursue other trading relationships beyond China. Meng was arrested on a United States extradition request in Vancouver in 2018. Her arrest was followed days later by China's imprisonment of Michael Kovrig and Michael Spavor on charges of espionage, which Canada and many allies dismissed as nothing more than trumped-up retaliation.

The matter plunged Sino-Canadian relations to an all-time low. The Trudeau Liberals have joined other allies in speaking out against Chinese sabre rattling towards Taiwan, as well as human-rights clampdowns in Hong Kong and against the Muslim Uyghur population in China's western Xinjiang province.

Since September, when Meng returned to China and Kovrig and Spavor were freed and returned to Canada, the federal government has been continuing work on a new "Indo-Pacific" strategy — a moniker that is commonly viewed in foreign-policy circles as shorthand for a regional approach that excludes China.

"It's very encouraging that Canada is choosing to enhance its relations with Taiwan while that country is facing economic and military threats from their neighbour, China," said Margaret McCuaig-Johnston, a University of Ottawa China expert, who spent more than three decades in the federal public service working on China issues.

McCuaig-Johnston and Lilly say Canada's trade overture to Taiwan is long overdue and could have important economic benefits. In particular, Taiwan is one of the world's leading producers of semiconductors, chips that power computers and mobile devices, and that have been in short supply for the past year and a half.

"While China may protest as it is trying to cut oxygen to Taiwan, I have advocated for a while that we have to take steps to show more support to Taiwan, which is home to a vibrant democracy, this despite China's interference activities," he said.

Mark Warner, a Toronto-based international trade lawyer, said China may not be pleased with Canada pursuing a deeper bilateral trade arrangement with Taiwan, but Beijing would be far angrier if Canada supported Taiwan joining the Pacific Rim trade pact known as the Comprehensive and Progressive Agreement for Trans-Pacific Partnership (CPTPP).

"That would really be a shot across the bow."

Neither Taiwan nor China are members of the CPTPP, but they applied separately to join in September. Canada, a member of the pact along with several other countries including Japan, Mexico and Australia, has not publicly endorsed the candidacy of new applicants.

Global Affairs says Taiwan is Canada's six-largest trading partner in Asia with two-way investment between them totalling $813 million in 2020.