Canada stocking up on Pfizer, Moderna doses for 2022 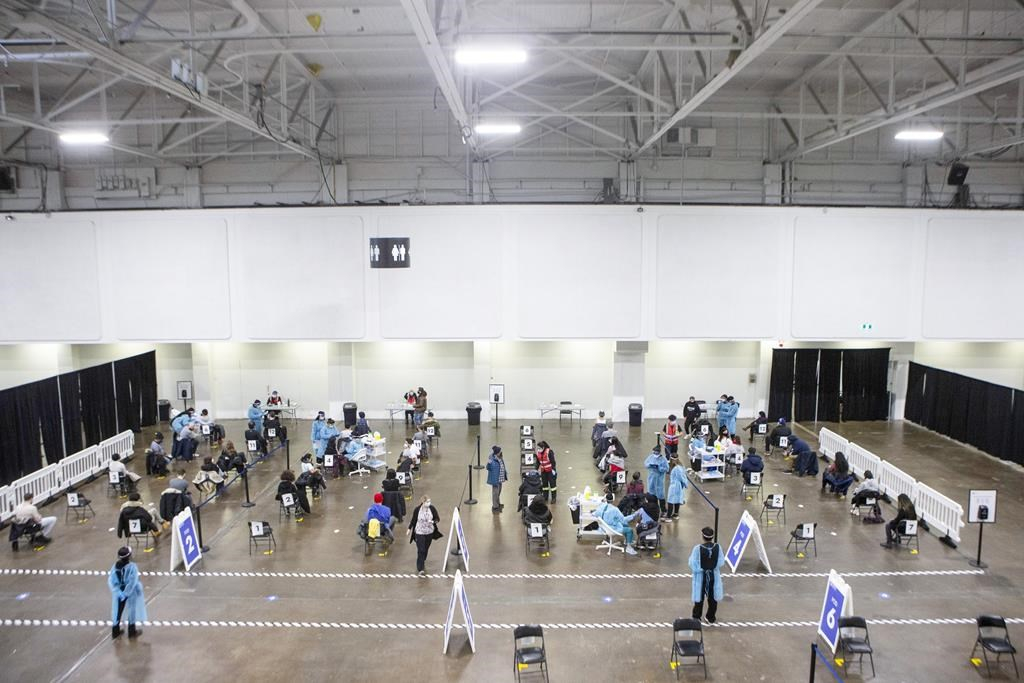 Federal COVID-19 vaccine contracts mean Canada should get enough doses to give two or three more mRNA shots to every Canadian, every year until at least 2024.

But even as the National Advisory Committee on Immunization is now suggesting some Canadians get in line for the fourth dose of vaccine, the World Health Organization is warning "repeated booster doses of the original vaccine composition" are not a sustainable plan to end the pandemic.

The contracts back up Prime Minister Justin Trudeau's statements Monday that Canada will have enough doses for third and even fourth shots if they become necessary.

With a population of 38 million people, that is more than two doses per person, per year, for a country where 77 per cent of the population already has the two doses required, and 27 per cent have now received a third dose.

Most provinces moved to start swiftly offering boosters to adults in December as the Omicron variant was breaking through vaccine barriers, even though it is proving to do well at keeping most vaccinated patients with COVID-19 out of hospital.

Dr. Srinivas Murthy, a British Columbia pediatrician and co-chair of the WHO's clinical research committee on COVID-19, said the booster response is panicky politics not public health.

Murthy said with Omicron there is some data that suggests a third dose is doing better at preventing infection outright than the original two doses, but he said there is no evidence a fourth dose is helping at all.

In early December, Canada's National Advisory Committee on Immunization recommended that moderately or severely immune compromised people may need a fourth dose. For many of those people, whose immune systems are weakened and didn't mount the same robust reaction to the vaccines as fully healthy individuals, the third dose was seen not as a booster, but as the completion of the vaccines needed to be considered fully vaccinated.

Several provinces are already offering those fourth doses, including Ontario where fourth dose campaigns in long-term care and retirement homes are underway.

The WHO's vaccine technical committee Tuesday said vaccines need to become more effective at keeping up with emerging variants and there are some in development. But the committee said in the absence of those vaccines for now, and the need for vaccine equity, "a vaccination strategy based on repeated booster doses of the original vaccine composition is unlikely to be appropriate or sustainable."

Murthy said if the goal is just to get movie theatres and restaurants open temporarily until the next variant hits, then a booster strategy might work.

"If your goal is to save lives, and to have a durable, sustainable pandemic closure, then getting vaccine to places that need it the most, to develop at least some immunity in those populations, is going to be the most useful way of using a vaccine."

Canada has donated about 12.7 million doses, and administered almost 72 million. It hasn't made a new donation since Dec. 21, but since that time 5.2 million booster shots were given in Canada.

Canada says it will donate 200 million doses by the end of the year, including 50 million directly and the rest from cash given to the COVAX vaccine sharing alliance. But it's not clear how many doses are even available for COVAX to purchase, while countries like Canada continue to snap up more and more of the available supply.

Globally, the wealthiest countries in the world have boosted about one-fourth of their populations, while in the poorest countries more than five in every six people are still waiting even for their first dose.