North Sea a ‘cash machine’ for oil and gas barons 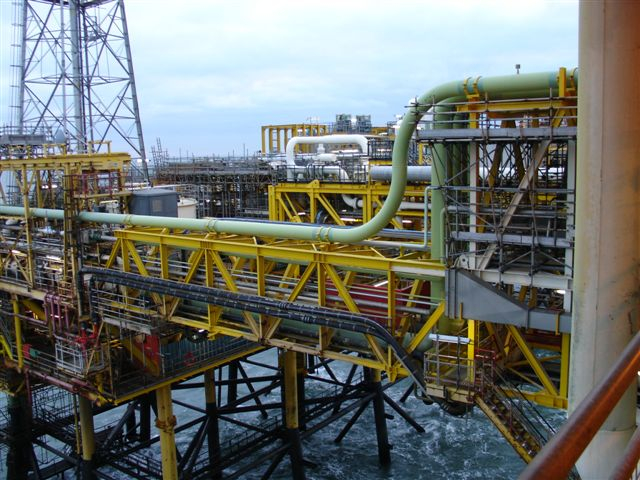 Bumper shareholder payouts, soaring profits, booming asset valuations: the oil and gas industry has bounced back from the depths of the pandemic with a vengeance.

After a difficult 2020, when plunging demand led at one point to negative prices, crude recovered in 2021 and wholesale gas prices have soared in Europe and the U.K. Gas has risen as much as tenfold to new all-time highs due to factors including low storage capacity, strong Chinese demand and low wind generation during the summer.

BP boss Bernard Looney illustrated this bonanza when he said the oil and gas giant had become a “cash machine.” North Sea oil and gas companies are expected to report near-record cashflows of almost $20 billion for the current financial year, according to industry experts at Wood MacKenzie.

The revival of the industry’s fortunes has spurred calls for a windfall tax on North Sea producers, with the proceeds used to subsidize energy bills for households facing a cost-of-living crisis. The Liberal Democrats first made the suggestion last week, and Labour took up the call on the weekend. Rachel Reeves, shadow chancellor of the exchequer, said: “There is a global gas price crisis, but 10 years of the Conservatives’ failed energy policy and dither and delay has created a price crisis that’s being felt by everyone. We want to stop bills going up.”

The Conservative former energy minister Chris Skidmore has also publicly backed the idea, which has been rejected by the government.

Shell, the world’s largest producer and trader of liquefied natural gas (LNG), said last week that profits would be higher than expected thanks to the elevated prices. Unlike gas that arrives via pipelines from fields in the North Sea, LNG is shipped across oceans to the highest bidder, meaning companies like Shell benefit from surging global prices.

Shell was already planning to hand investors a $7-billion bonus by offering to buy shares back from them, but has now said this will happen “at pace.”

The largest North Sea explorer is not BP or Shell, but Harbour Energy, created via the merger of Premier Oil and Chrysaor earlier this year. In a recent update, Harbour said it expected “materially higher free cashflow at current commodity prices” and announced a $200-millio-a-year dividend for investors.

Many firms that drill for oil and gas in the North Sea are private companies, not listed on the stock market, meaning they do not have to publish accounts as promptly as companies such as BP, Shell or Harbour.

The revival of the industry’s fortunes has spurred calls for a windfall tax on North Sea producers, with the proceeds used to subsidize energy bills for households facing a cost-of-living crisis. #ClimateCrisis

But some have provided insight into how high gas prices are working in their favour.

Rising oil prices have been good news for chemical group Ineos, which is owned by Monaco-based British multibillionaire Jim Racliffe and has drilling licences in fields including Breagh and the West of Shetlands area.

Revenues increased by 87 per cent, or €2.4 billion, to €5.1 billion in the three-month period ending on Sept. 30, 2021. This was “driven primarily by higher prices and increased volumes,” the company said.

“The increase in selling prices followed the increase in crude oil prices, which increased to an average of $73 [per barrel] as compared to $43 in the same period in 2020.”

In a recent update on trading, Ithaca, owned by the Israeli group Delek, said rising prices meant gas revenue per barrel from its North Sea assets, which include the Alba and Alder gas fields, nearly doubled in the third quarter, from $49 last year to $97.

As it boosted production to meet demand and cash in on strong prices, revenues from gas more than tripled from $59 million to $180 million over the three-month period.

The industry has warned against a windfall tax and points out that its own improved fortunes mean a multibillion-pound tax uplift.

“[The Treasury] will get an additional £3.5 billion taxes in the two years from last April — making a total of more than £5 billion,” said Oil & Gas U.K. spokesperson Jenny Stanning. “We already pay up to 40 per cent corporation tax — roughly double any other sector.”

Graham Kellas, senior vice-president of global fiscal research at Wood Mackenzie, said a windfall tax might be counterproductive. “Higher taxes generally dampen investment and the upstream industry is currently under pressure to reduce activity, so this could be exacerbated,” he said. “Some companies may not pay any more tax even if the rate increases.

“If they are investing in new projects, or involved in significant decommissioning operations, the deduction of these costs could absorb most of their revenue. For others, it will reduce their profit margin.

“This may not have an immediate impact on activity but will reduce enthusiasm for future investment. Reduced investment will accelerate the decline in North Sea production and this will need to be replaced by imports unless demand for oil products decreases at a similar rate.”

Malcolm Graham-Wood, founding partner of Hydrocarbon Capital, said: “Those suggesting a windfall tax have very short memories. Not only did chancellor Osborne have to rescind a windfall owing to a massive drop in activity in the North Sea, but it was only two years ago that oil was trading at a negative number as demand was so weak.

“The bottom line is that it has been proved to be counterproductive to windfall-tax the oil companies operating in the North Sea.”

Green campaigners have also argued strongly that the answer to high energy prices is to generate more green power, and criticized ministers for their lack of action. Tessa Khan, director of Uplift, which campaigns for a fossil-free U.K., told The Guardian: “This government has abdicated responsibility for securing affordable energy to profit-driven oil and gas companies, with disastrous results for households. As long the government fails to plan for and support renewable energy at the scale we need, we’ll continue to be reliant on expensive gas imports in this country. Opening up new oil and gas fields in the U.K. won’t change energy bills and will only lock us into long-term dependency on fossil fuels.”

She added: “If you want to know why the government has ceded control to the industry, just look at the generous oil and gas company donations the Conservative party receives, or the dozens of Lords and MPs that are employed by or have shares in the industry. But really it’s a lack of vision, planning and investment in the U.K.’s massive renewables potential.”