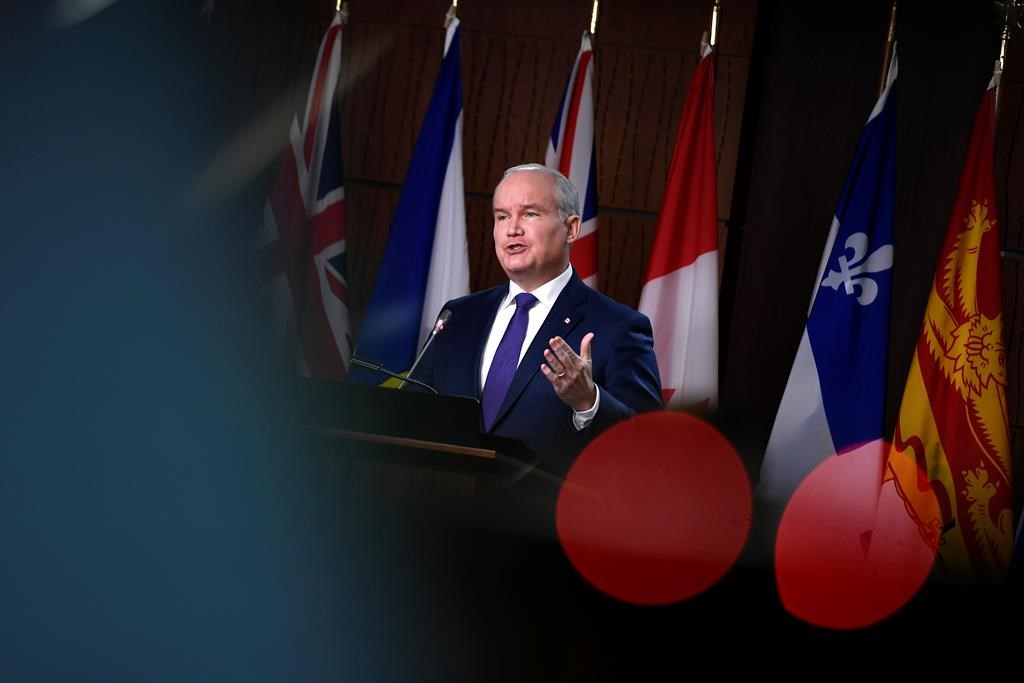 Conservative Leader Erin O'Toole says while he respects provincial jurisdiction, he opposes Quebec's plan "to tax and target" those who are unvaccinated against COVID-19.

The Tory leader made his position known on Premier François Legault's proposal during a Facebook Liveevent late Thursday. Some of his MPs had already taken to social media to condemn the proposal as discriminatory, unethical and punishing to low-income earners.

Earlier in the week Legault announced that unvaccinated adult Quebecers who don't have a medical exemption can expect to start paying a "significant” financial penalty.

The premier said legislation to introduce the measure is coming in February. He argued it's needed because around half of the patients in intensive care are unvaccinated, even though only about 10 per cent of adult Quebecers are not immunized against COVID-19.

Other provinces report similar trends as officials warn health-system capacity is fragile in the face of the lightning-fast spread of the more transmissible Omicron variant of COVID-19.

O'Toole,who encourages vaccinations but opposes vaccine mandates, called Quebec's proposal unfair, predicting that it won't persuade those who are hesitant to get a shot to finally roll up their sleeves.

Prime Minister Justin Trudeau said Wednesday that he needed more details about Quebec's plan before he could say whether he supports it.The federal New Democrats also haven't taken a stance on the plan.

Trudeau said the province has signalled it will follow the Canada Health Act, which governs the country's universally funded health-care system that provinces deliver.

"Vaccinated people get frustrated with what they perceive as a small group of people holding back the country," O'Toole said.

Trudeau, for his part, has criticized O'Toole for saying those who remain unvaccinated should be allowed to take rapid tests, rather than lose their jobs or be put on leave under mandatory vaccination policies.

O'Toole isn't the first conservative leader to express disapproval of Quebec's plan. Saskatchewan Premier Scott Moe and Alberta Premier Jason Kenney did so earlier this week, with both ruling out the possibility of introducing a similar punishment for unvaccinated residents in their provinces.