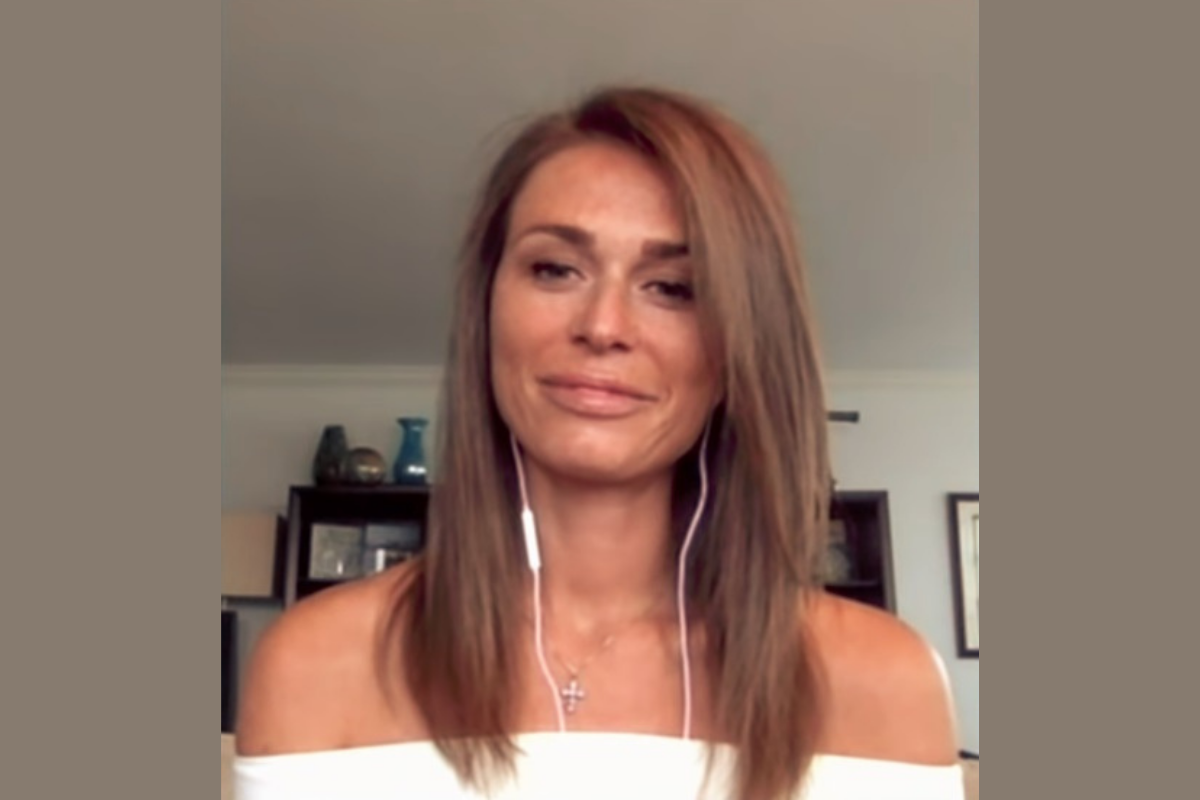 Toronto extreme right figure Faith Goldy has a new title to add to her laundry list of descriptors. Along with “white nationalist,” “neo-Nazi podcast guest,” and “fired from Rebel News for being too far-right,” Goldy can now claim to have breached mayoral election spending laws in Canada’s most populous city.

The Toronto Star reported today that an audit by a third-party accountant concluded Goldy broke a number of terms in the Municipal Elections Act during her failed bid to become mayor of Toronto. The review was triggered by a complaint from Canadian Anti-Hate Network executive director Evan Balgord and carried out by chartered accountant William Molson who audited the failed 2018 candidate’s expenses. At a hearing in April 2019 related to the audit, Goldy accused the review of being driven by “politics and money.”

The breaches stem in part from Goldy’s attempts to raise money for a legal challenge after a Bell Media station refused to air her campaign ads. Molson’s report also noted that Goldy was unco-operative in providing information for the audit.

Back in 2019, PressProgress combed through Goldy’s campaign finances to determine who was propping up her mayoral run. They found that despite Goldy’s rants against “establishment elites,” nearly $40,000 came from fewer than 20 rich donors in the Toronto area, including real estate developers, enterprise architects, and mutual fund investors. This came just months after they found Russian disinformation networks pushing Goldy’s campaign.

Despite all of this, Goldy placed third in the election, getting more than 25,000 votes. For Canadians in general and Torontonians in particular, the votes she garnered confirmed that white supremacist, white nationalist far-right support is not a uniquely American phenomenon. Even in Canada’s most diverse city, Goldy’s messaging had found a substantial base. For progressives, the campaign and results also reaffirmed the importance of the city’s anti-fascist organizing.

Given the resistance of far-right bases to logic, morality, and reason, however, it seems unlikely that Goldy’s financial wrongdoings will do much, if anything, to alienate her supporters. This prompts a nagging question: how do we deal with Canada’s far-right?

OMG she’s so hot I’d vote for her.

Hey, people said that about Justin, too.

The smug self satisfaction of

The smug self satisfaction of so many far right extremists, their bellicose, inflammatory lies and their persistent law breaking around election and campaign rules and regulations is part and parcel of their obsessive insanity over fears of manufactured "racial" issues.

Uncontrolled Fear is the operative word. It is the signal of a disordered mind. It is one of the mal-adaptations crippling the possibility of human race (species) survival.

Certain charlatans have adopted the camouflage of racial hatred as a mechanism for attracting attention, for leveraging one's "hotness", and monetizing it. Evidently it is a rewarding disguise that the fundamentally disordered/disturbed finds empowering and that snares and deludes followers by validating their own fear.

Excellent observation on uncontrolled fear. After years of watching the 'human condition' I've come to the conclusion that most of our negative emotions generally stem from fear. We all experience fear in one way or another and if one takes the time to analyze the 'Seven deadly sins', they all have a basis in fear which unfortunately can and does lead some people to perform all manner of acts to appease that fear. There are people who have learned how to use fear to manipulate others into doing things they normally would not do. History is full of these stories. The old metaphor, 'the sky is falling', exists because it happened. Then there are those who are practiced at perverting or twisting those fears into something totally different to rationalize their deplorable actions. Human nature is a complex issue but unfortunately, with all the history and medical knowledge we have gained, there is nothing to show us how to help these people and so, we malign to make sure they do not gain power. For we all know what happens when these people do gain power. The results are all too obvious - look all around you, at other countries, cities, communities who are caught in the grips of people tortured by their fears. And yet, they would never admit that fear is the basis for their actions. That in itself is the saddest legacy of all.