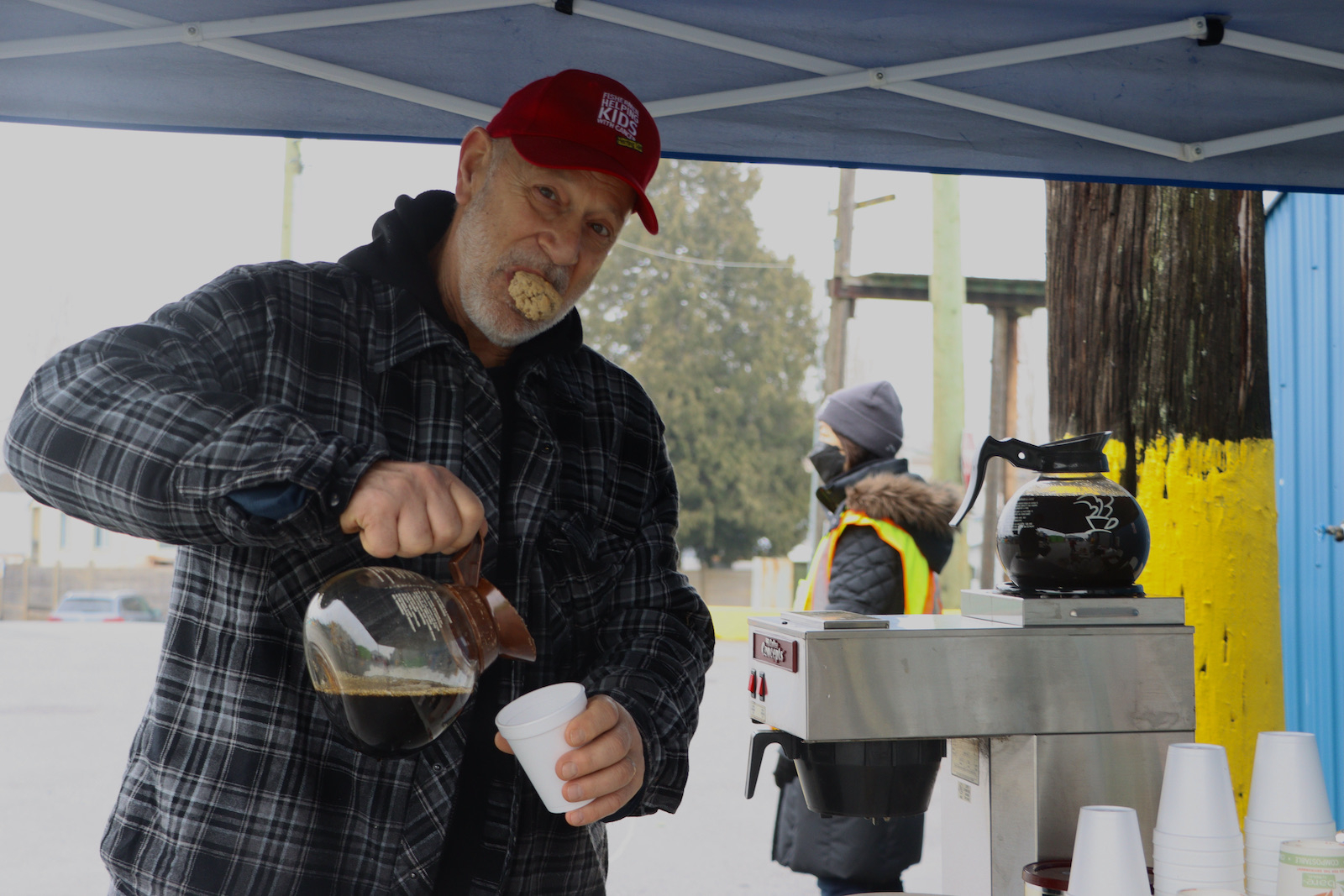 Morning fog still cloaked the fishing docks in Steveston, B.C. when Amy Xiang and her parents pulled up next to a big plastic tub filled with 20-pound bags of herring and started loading their car with fish.

"We're giving them to our friends," she said after quickly consulting with her mother who was sitting in the back seat. "We're (also) going to fry them, and bake them, and put them in sauces."

The family was among hundreds of people who flocked Saturday to Steveston for one of B.C.'s few dockside herring sales. Founded in 2011, the unique charity event for children with cancer attracts seafood lovers from across the region drawn by the prospect of a fish that's nearly impossible to buy in supermarkets.

Herring are among the world's most common fish, making them a staple in cuisines from Sri Lanka to Scandinavia. While they are commercially fished on Canada's Atlantic and Pacific coasts, most of these catches are exported or processed into animal feed. Finding fresh unprocessed herring is difficult, even in coastal cities like Vancouver.

Except for one day each January when the Fishermen Helping Kids with Cancer (FHKC) charity has several tons of herring for sale.

"We kind of fumbled through it" the first year, said Glen Budden as he poured himself another coffee at a table laden with cookies, chili, and coffee for the roughly dozen volunteers helping out at the event.

The first year, the volunteer team running the event plastered ads and posters across the Lower Mainland, worried no one would show up. They had no need to panic: People started lining up in front of the large dockside warehouse that hosted the event pre-pandemic hours before the doors even opened.

"It was pitch black, it was windy, it was raining, and they were all lined up for fresh herring."

The group refined the event in subsequent years. They implemented a formal queuing system, invited chefs and bands to the event, and organized an army of volunteers — fish harvesters, people affiliated with the fishing industry, curious onlookers — to keep everything running smoothly.

Herring are among the world's most common fish, making them a staple in cuisines from Sri Lanka to Scandinavia. Though they're fished in B.C., finding fresh unprocessed herring is difficult.

"It was a real party atmosphere … you would start to recognize people year after year after year, the same people showing up," explained Budden, a former fisher. "There was a huge lineup because people couldn't bag (herring) fast enough. By 10 o'clock in the morning, they were completely exhausted."

But the pandemic has drastically transformed the event. All the sales are now online, with customers reserving a time slot to come pick up their fish. A local fish processing company volunteered to bag most of the fish, removing a Herculean task tackled by dozens of volunteers in previous years. The warehouse where hundreds of people patiently waited to pick up their fish was filled with machinery and huge bags of salt.

"We've taken away a bit of the social aspect of it," Budden reflected. "But for efficiency and raising money for kids with cancer, it doesn't get any better."

The pandemic's uncertain future isn't the group's only challenge. Herring, and fish harvesters who can catch them, are in increasingly short supply. Recent years have seen heated debate over the fate of B.C.'s last commercial roe herring fishery in the Salish Sea in light of fluctuating fish populations. In response, federal Fisheries Minister Joyce Murray last year roughly halved the commercial fishery's herring allocation for the 2022 season to about 7 850 tonnes.

While charities like FHKC are granted separate quotas than those used by the commercial fishery, these reductions will undeniably impact their ability to find enough fish. Not only is the total harvest smaller — it was around 23 tonnes this year, down from around 80 tonnes in other years, said Budden — fewer fish harvesters have the boats, gear or money to go fishing.

While the group has no intention of ending the event, many of the changes implemented during the pandemic will probably become permanent, Budden said. That could make it easier to help sustain common bonds binding the Lower Mainland's community of herring aficionados and harvesters.

"With the fishing industry the way it is now, and with everybody having to have second jobs, it's getting harder and harder to pull people together," said Budden. "But so far, so good — people love a good cause, and this definitely is one."

Why are fish, all kinds of

Why are fish, all kinds of fish, prime fish, not fish injured during catch, being ground up for pet food?
Why are "we" exporting, when there isn't "enough" for the domestic market?

Very simple problem. Too much

Very simple problem. Too much demand for a product that is not limitless. We are destroying that resource by over use. How to stop the overuse is more of a problem. How to increase the supply is an even bigger and more complex one. We are not yet willing to address either one seriously.
The same thing with salmon, in fact everything touched and used by man. Have to cut back all along the line if we want to persist much longer. Nature has an answer for species that do not adapt to reality. All written in the geological record or elsewhere. Hard to pay attention and do the necessary things to persist. Perhaps we think and do the wrong things and wonder why our environment is getting more harsh. Maybe the UN IPCC and COC will point us in a more sustainable way? Will our leaders lead that way, or do they have another agenda?? In Canada our votes still might have an effect. Interesting time it is!

I would have liked to know

I would have liked to know the story of the fishers who started fundraising for children with cancer. Many parents start fundraising as a way to give back. I spent 14 months in the BC Children’s hospital oncology ward with my daughter and I am inspired by this story. I will plan to have an event once a year where my farmers market sales will go to the BCCH oncology ward. Thanks for a truly uplifting story.