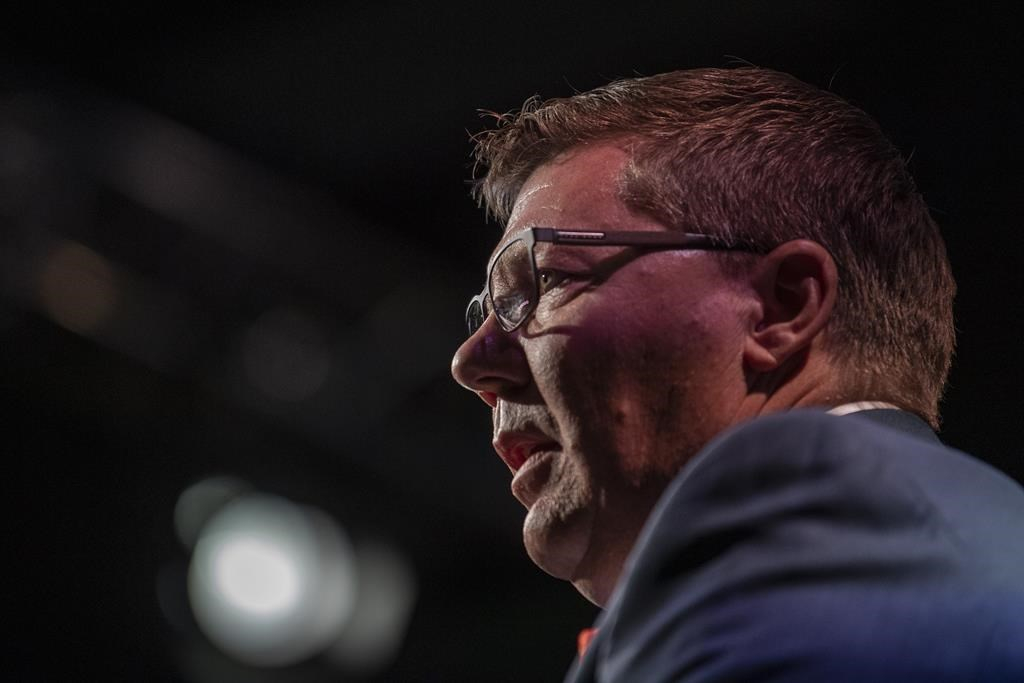 REGINA — Premier Scott Moe says Saskatchewan will submit another carbon pricing plan to the federal government in the coming months.

The province's first proposal was rejected by Ottawa last July.

Moe said in a statement Wednesday that Saskatchewan is committed to replacing the federal carbon tax with its own.

The province wants regulatory control over the carbon tax on fuel consumption, as well as over pricing of industrial emissions from electricity generation and natural gas transmission pipelines, so that it can invest in reducing emissions and work toward carbon capture storage.

That would include collaborating with heavy-emitting industries to drive greenhouse gas emissions down.

"Canada will not reach net-zero without working closely without industries and the provinces," Moe said earlier this week during a news conference.

The Saskatchewan Party government doesn't define it as a "carbon tax" because it gives larger industries three options to reduce emissions. They can pay into a technology fund for projects that reduce greenhouse gas emissions, purchase offset credits through a cap-and-trade system or meet performance standards.

What the province lacks is a program that regulates emissions from electricity generation and natural gas transmission, which currently fall under the federal pricing plan.

The federal government has stated it won't look at new submissions until 2023, but Saskatchewan Environment Minister Warren Kaeding said he wants that moved up.

"We're in constant communication with the federal ministers to see if they can expedite that time frame," Kaeding said Wednesday.

"The sooner we can get control of that federally imposed carbon tax ... the better it will be for our residents and our businesses."

On Monday, Moe said it's key for provinces to control carbon pricing so the money it raises can be directed back to industries to invest in technologies that reduce emissions.

Ottawa does return some carbon tax paid on fuel, but not all of it, said Kaeding.

The federal Ministry of Environment and Climate Change was unable to respond by deadline.

Last June, legislation was passed enshrining the country's commitment to net-zero emissions by 2050. That would mean not emitting greenhouse gases or offsetting them by actions, such as tree planting, or with technologies capturing carbon before it was released into the air.

Kaeding said many large industries in Saskatchewan have plans in place to reach net-zero.

"In a lot of cases they just need some financial push or support to move to that next level of development," he said.

"A lot of times it's just good for government to get out of the way and ... support them in whatever way we can to ensure that innovation continues."

In 2019, the latest year for which data is available, Saskatchewan emitted nearly 75 megatonnes of carbon dioxide equivalent, said a report from Environment and Climate Change Canada.

Saskatchewan is among the top emitters in Canada along with Alberta, Ontario, Quebec and British Columbia.

"We're submitting a plan that will ultimately look similar to what other jurisdictions have submitted and had approved," he said.

"We have expectations it will be approved by the federal government, but we have been disappointed before."

This report by The Canadian Press was first published Jan. 19, 2022.