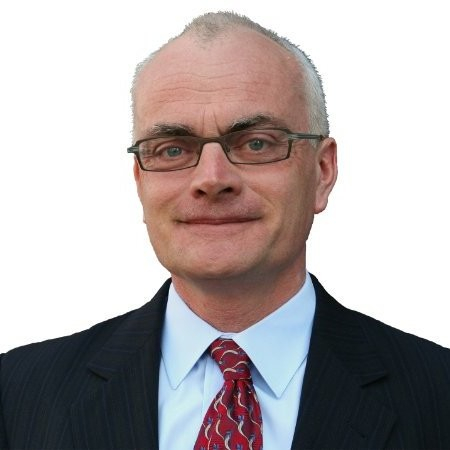 Despite pleas from 32 municipalities to phase out gas-fired electricity generation, the Ontario government is doubling down on the role of natural gas in keeping the province’s lights on.

The provincial government plans to ramp up gas-fired generation to meet new demand and replace electricity from the Pickering nuclear station when it closes in 2024.

Provincial Energy Minister Todd Smith declined an interview request, but a ministry spokesperson pointed to an October report by Ontario’s Independent Electricity System Operator (IESO), a Crown corporation that oversees the province’s power system. According to the report, phasing out gas-fired generation by 2030 would cause blackouts and add $100 to monthly residential electricity bills.

“The significant impacts to affordability and reliability are unacceptable to our government as it would not only impact current consumers but would hinder other progressive actions to reduce emissions such as decarbonization and electrification,” said Palmer Lockridge, spokesperson for the Minister of Energy, in a written statement.

The minister has instructed the IESO to evaluate a moratorium on new natural gas generation, but the results aren’t due until November.

Since late 2020, municipalities across Ontario, including Toronto, Peel Region, Hamilton and Kingston, have called on Premier Doug Ford to phase out the province’s gas plants, saying they can’t meet their own goals to fight climate change unless Ontario stops using fossil fuels for electricity.

As municipalities work to reduce greenhouse gas emissions, the way electricity is generated becomes important. The main source of emissions in municipalities is fossil fuels burned for transportation and energy use in buildings. To lower those emissions, many cities plan to rely more on electricity, such as buying electric buses for public transit and promoting electric vehicle use, as they upgrade their infrastructure.

In Ottawa, the latest municipality to call for a phaseout, Coun. Shawn Menard said the phaseout of natural gas plants is going to happen at some point, and the city needs to be on board even if there’s pushback on the timing.

According to a new report by the Ontario Clean Air Alliance, which launched the gas phaseout campaign, the IESO analysis is based on faulty assumptions.

“They ignored some of our lowest cost options to phase out the gas-fired power plants,” said Jack Gibbons, chair of the Ontario Clean Air Alliance. He also said the IESO report ignored the full carbon tax savings that would come from phasing out gas-fired generation and included a $3-billion price tag for a nuclear reactor.

Gibbons, a former Toronto Hydro commissioner, maintains Ontario can phase out gas-fired electricity by 2030 using a combination of methods, including importing more hydro power from Quebec and investing in renewable energy projects in Ontario.

“Virtually everyone in Ontario realizes there’s a climate crisis and that a key to reducing emissions is to create a 100 per cent carbon-free electricity grid,” Gibbons said. “It doesn’t make sense for Doug Ford to be promoting the electric vehicle industry here in Ontario if we’re creating a dirty power grid to power our electric vehicles.”

Ontario used to get 25 per cent of its electricity from coal-fired power plants. After the last coal plant closed in 2014, Ontario’s greenhouse gas emissions from electricity dropped from a high of 43 megatonnes in 2000 to just two in 2017. That drop made Ontario’s electricity system one of the greenest in Canada — 11 years after then-premier Dalton McGuinty promised to replace coal with cleaner electricity sources.

Ontario now gets its electricity from a mix of nuclear, gas, hydro, biomass, wind and solar power. Just seven per cent of the province’s electricity came from Ontario gas plants in 2020, but the IESO estimates that greenhouse gas emissions from electricity generation will more than quadruple to nearly 11 megatonnes by 2030. If that happens, Ontario will lose 30 per cent of the progress made by phasing out coal.

Marianne Ariganello from the advocacy group For Our Kids Ottawa-Gatineau said it’s time for leaders to prioritize the shift away from fossil fuels.

“We really need our leaders to step up because there are only so many things we can do individually,” Ariganello told Canada’s National Observer. “They need to hear from people that we need to move to net-zero and this is important. They can’t just be hearing from fossil fuel companies that want to keep using natural gas.”

This story has been corrected to reflect that Palmer Lockridge is a spokesperson for the Minister of Energy.

Even in Canada we have enough

Even in Canada we have enough solar exposure to make solar power an adequate substitute for our aging nuclear power plants. As an Individual I would dearly like to have individual (off grid) solar power installed. If enough of us did so it would ease the burden on the power grid and possibly reduce the need for long distance power transmission lines with their massive inefficiencies. We are in desperate need of small scale, user friendly localized wind/solar power generation - either supplied by built in solar panels for every home, or community scaled solar farms. Save the grid and the large generation schemes to power industry.