NDP calls on U.S. to account for American funding of Ottawa trucker protest 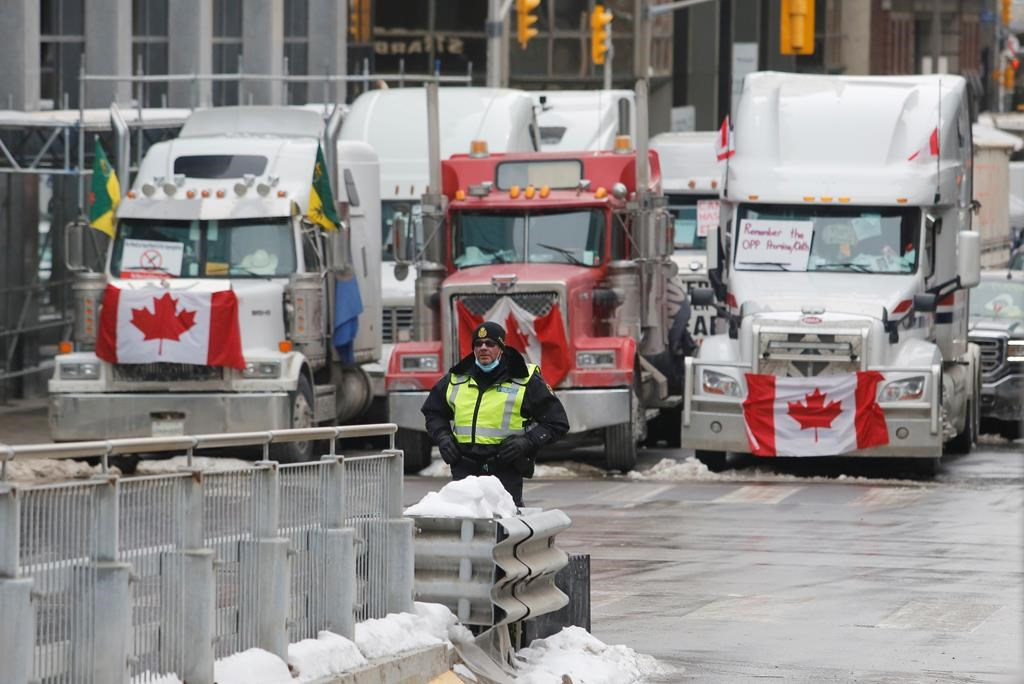 A police member stands in front of trucks blocking downtown streets as a rally against COVID-19 restrictions, on Feb. 9, 2022. Photo by The Canadian Press/ Patrick Doyle
Previous story
Next story

The NDP is calling on the U.S. ambassador to testify before the House of Commons foreign affairs committee, saying American funding of the nearly two-week-long anti-vaccine mandate protest in Ottawa is an attack on Canada's democracy.

A significant amount of the more than $10 million in donations to the demonstration came from U.S. donors.

The Commons committee meets today and would need unanimous consent of all parties to issue an invitation to Ambassador David Cohen.

Protesters have been warned by police that if they continue blocking streets they could be charged with mischief to property, have their vehicles and other property seized and possibly forfeited, and that charges or convictions may lead to them being barred from travelling to the United States.

The declaration from police comes after municipal officials in Ottawa spoke with the federal government to find solutions to end the protest that has sparked solidarity rallies, some of which have blocked traffic at border crossings in Coutts, Alta., and the busy Windsor-Detroit Ambassador Bridge crossing.

Emergency Preparedness Minister Bill Blair says Ottawa residents have been subjected to "acts of thuggery and disrespect" by demonstrators, and the government is working to ensure Ottawa police have the "resources that they need to enforce the law to restore public order and to bring this unlawful protest to an end.''