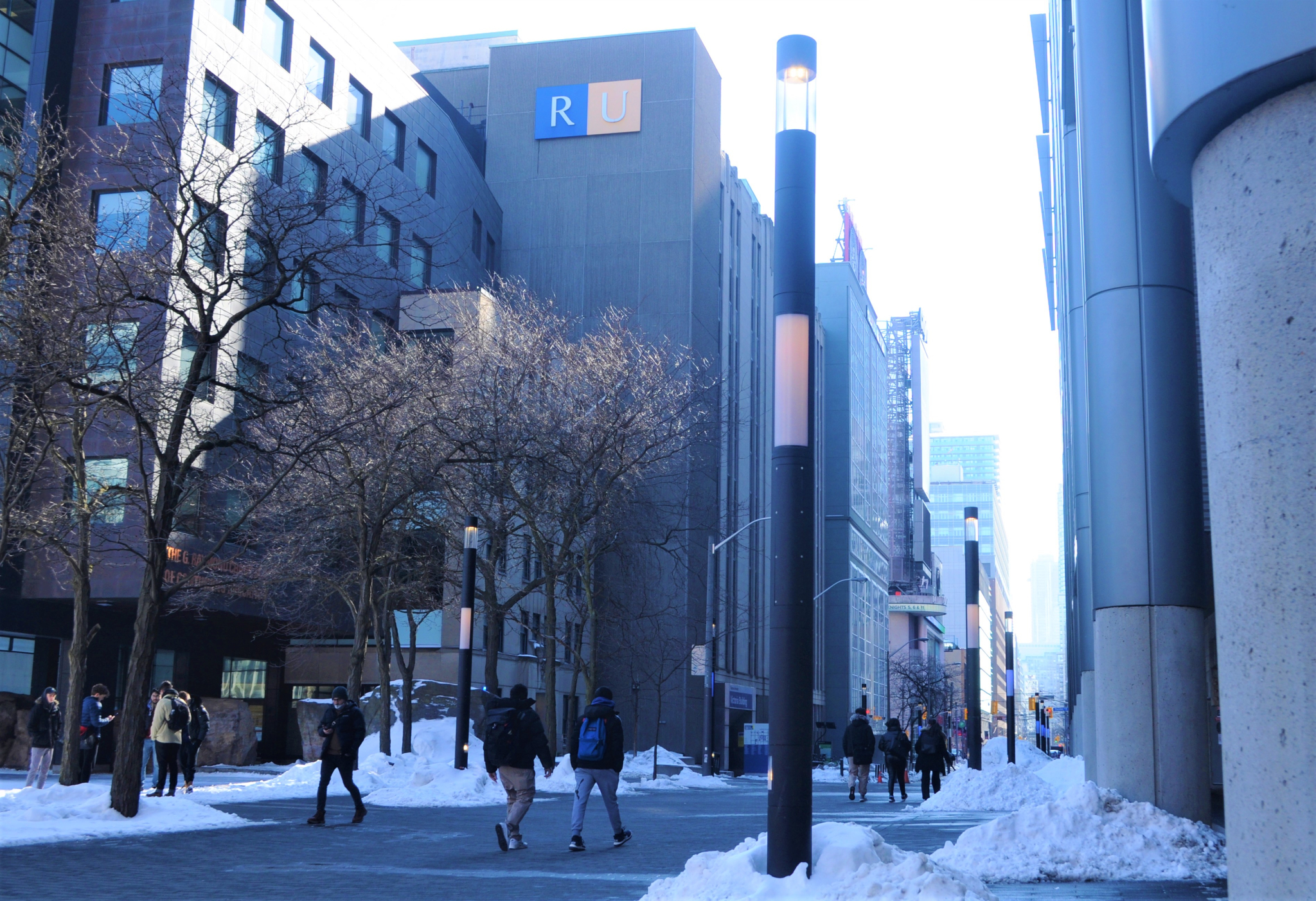 Soon to be renamed Ryerson University has so far refused to divest from fossil fuels. Photo by Matteo Cimerallo
Previous story
Next story

University of Toronto, Harvard, University of Guelph, and Simon Fraser University have one thing in common: they have all committed to total divestment of fossil fuels.

But Ryerson University, which holds $8.9 million (or five per cent of its total endowment) in fossil fuels is absent from the list. Ryerson is widely referred to as X University since announcing plans to change its name due to Egerton Ryerson’s role in creating Canada’s residential school system.

The university has no plans to divest, and now, with a pandemic restricting student organizing, actions and recruitment, there is little pressure on the administration to do so, says Evelyn Austin, former U of T student activist and co-ordinator for Divest Canada Coalition.

Critics of the ESG model, including Austin, argue that ethical considerations of ESG are insufficient to combat the climate crisis. The model has no regulated, measured standards, she said. ESG ratings simply compare companies within sectors, for example measuring the impact of Suncor’s operations to say, BP oil.

Ryerson reportedly invests in Suncor, which operates in the tar sands and Chemical Valley, says Fossil Free Ryerson, the university’s most recent divestment organization, according to The Eyeopener. Ryerson did not answer questions from Canada’s National Observer about specific holdings.

Divest Canada considers ESG a false solution: “You just have to be not the worst fossil fuel company to be given a decent rating,” Austin says.

Austin also criticizes the depoliticization effect of ESG, where fossil fuel investments become a numbers game. For example, a university may pledge to lower greenhouse gas emissions of a portfolio by 10 per cent, as the University of Guelph did before committing to total divestment. Student divestment movements push for a bolder target of total divestment from fossil fuels.

Ryerson president Mohamed Lachemi told the Eyeopener the university currently has no tangible plans to divest, adding many universities with divestment plans “have multiple investment managers with committees who actively make decisions about asset mix strategies.” Ryerson, meanwhile, has a single fund manager handling its endowment, and the university “does not engage in active investment decision-making,” a spokesperson told Canada’s National Observer.

Both Lachemi and chief financial officer Joanna McKee, who oversees Ryerson’s financial planning, reporting, and investing, declined to be interviewed directly for this story.

#Ryerson has its reasons for refusing to divest from fossil fuels, but at least some students believe the #university is wrong. #FossilFuels #divest #climate

Ryerson has made some shifts to monetarily address climate change. Since 2019, its investments in fossil fuel have shrunk by seven per cent, compared to the now inactive student group Fossil Free Ryerson’s initial campaign number of Ryerson’s $17.5 million in fossil fuel investments.

Ryerson also says it will be joining the University Network for Investor Engagement, a climate-aligned portfolio engagement program for universities. The website supports an ESG and reform approach to sustainability rather than divestment.

The urgency to divest has only come after years of student-led campaigns. U of T’s divestment movement, for example, campaigned for nearly a decade before it succeeded.

Student pressure is still working to some degree, as evidenced by the pending name change and other structural shifts to combat colonialism.

But Austin asserts it is hypocritical for Ryerson University to decolonize its namesake and still invest in fossil fuels.

“These companies continue to be responsible for so much colonial violence in so-called Canada, and across the world,” she says.

This article has been updated to clarify remarks made by Ryerson president Mohamed Lachemi to the Eyeopener and to correctly attribute those comments. Lachemi told the news outlet Ryerson does not regularly engage in active investment decision-making.