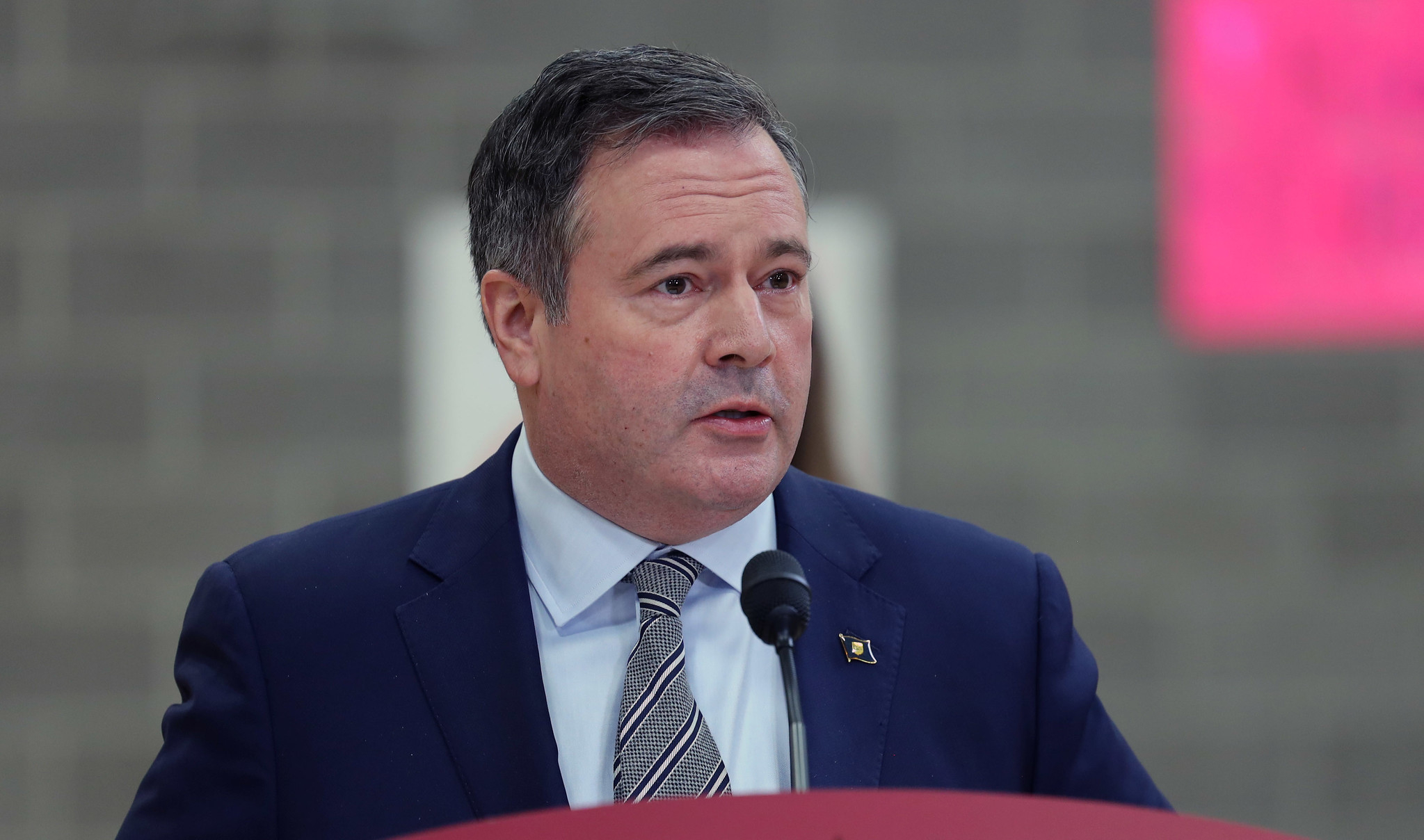 It’s been clear for some time now that Canadian oil and gas advocates will do almost anything to get new pipelines built, from spinning stories about the “ethics” of our oil to weaponizing the economic insecurity of Indigenous communities. But they plumbed new depths of depravity with their willingness to treat the crisis in Ukraine as an opportunity to push, yet again, for projects like Keystone XL and Energy East.

Not surprisingly, it’s been Jason Kenney’s UCP government in Alberta at the forefront of those efforts. Last week, Energy Minister Sonya Savage retweeted an op-ed from her government’s war room that argued “the humanitarian approach to global peace and security is to produce more oil and gas, not persecute it.”

Commodities can’t be “persecuted,” of course, but the Kenney government is all-in on the idea that Russia’s war of aggression against Ukraine is a perfect opportunity for them to press their own campaign against environmentalists. As he tweeted, “ending global dependence on conflict oil is essential for international peace and security.”

This argument has more holes in it than a block of Swiss cheese. First, it seems to imply that pipelines can be built in days rather than years, and that Canadian oil companies would be able and willing to increase their production to fill them. Neither is even remotely close to true, especially as investors continue to push for a return of their capital in the form of dividends and stock buybacks rather than growth. That’s not just a Canada thing, either. As Pioneer Resources CEO Scott Sheffield told Bloomberg Television last month, “whether it’s $150 oil, $200 oil, or $100 oil, we’re not going to change our growth plans.”

Even if people like Kenney and Pierre Poilievre could somehow convince Quebecers to let new pipelines run through their province, there’s no evidence they would actually increase global peace and security. After all, those pipelines still wouldn’t carry nearly enough oil to push Russia’s five million barrels per day of exports out of the market, never mind Saudi Arabia’s contribution. And even if they could, it would take the better part of a decade before it happened. Can we really afford to wait that long?

Europe doesn’t intend to find out. They’re expected to release an updated strategy that includes a 40 per cent reduction in fossil fuel usage by 2030, with most of that coming from an increase in renewable energy development and imports. In the process, they’ll help wean the continent off its dangerous dependence on Russian natural gas. “We are doubling down on renewables,” European Commission President Ursula von der Leyen said.

Even in the United States military, hardly a bastion of woke environmentalism, there’s a growing faction that understands the best way to increase energy security is to reduce fossil fuel consumption. “Passing a bold and far-reaching domestic clean energy policy may be the greatest step we can take right now to ensure both our national and energy security in this time of uncertainty,” Admiral Dennis McGinn wrote in a piece for The Hill. “Rapidly expanding our American and allied renewable energy portfolios protects us from dictators, price swings and a continuing fossil fuel driven threat of geopolitical chaos. That is the 21st-century definition of true energy and national security.”

That surely isn’t Kenney’s definition, but then he’s not really that interested in increasing anyone’s national security. He’s interested, first and foremost, in expanding Alberta’s oil and gas industry by almost any means necessary. Using the deaths of thousands of Ukranians to advance an economic agenda wouldn’t meet any normal person’s definition of “ethical,” of course, but his desperate political times clearly call for desperate measures.

If Canada really wants to help Europe defend itself from Russian aggression in the future, we should find ways to ship them as much green hydrogen and other low-carbon energy imports as possible. Our extremely ethical oil companies could invest their billions in new renewable projects in western Europe. And Alberta’s political leaders ought to focus more on building the energy system of the future than reinforcing the extractive industries of the past.

But the hard truth here is that when it comes to climate change and fossil fuels, Kenney has more in common with Vladimir Putin than Volodymyr Zelensky. Both see their oil and gas industries as tools of their own interests, and both believe the best way forward is by expanding the old rather than transitioning to the new. It’s up to the rest of the world now to show them they’re wrong.

The "Conservative Movement" is pretty much a subsidiary of the Koch Network. We shouldn't be surprised when politicians like Kenney and Harper push fossil fuel development ahead of the best interests of their constituents.

We have our Trumpism in this

We have our Trumpism in this Country and it has been silently growing in the background. This is scary and people like Kenney and Poilievre are typical of this quiet build up. Its time Canadians took a deep look into this ultra right Conservatism (TRUMPISM} that is growing and coming our way.

Kenney in AB, Moe is SK,

Kenney in AB, Moe is SK, Johansson in MB and Ford in ON foment division, encourage the Alt Right, embolden the folks who led the truck convoy and this threatens our democracy. Kenney also has adopted a legislative agenda with 50 bills passed which reduce freedoms while he and his henchmen spout empty talk of more freedom. Freedom goes with Equality and Fraternity but most forget that. The Republicans in the USA adopted a neoliberal plan to make the USA an autocracy and are well on their way to succeed. This article lays it out plus Kenney's agenda looks like a direct copy
https://evonomics.com/how-to-disguise-racism-and-oligarchy-use-the-langu...

Excellent overview, appreciated; I like the phrase "marginal revolution." The scariest thing is how it feels like this complicated and horrifying message may as well be written in another language when it comes to getting it out there, even when it's so truly evil that it's shocking. Maybe it can piggyback in on the whole climate justice youth movement, especially if we have another heat dome summer?

Per Energy Minister Sonya Savages retweet “the humanitarian approach to global peace and security is to produce more oil and gas, not persecute it.” says everything one needs to know about the UCP and their worldview and political perspective (I’m actually curious as to who could write something like that). They obviously have no concept of the toll of human misery that continues to follow oil and gas production, regardless of where. We are somehow supposed to connect the dots that more Canadian oil (read Alberta oil) will somehow be good for humanity and the planet. More shameless potlicking (Jason Kenneys descriptor, not mine) by the UCP. Kenneys willingness to dish shite while stuffing relief packages for the Ukraine while seizing the moment as an Alberta oil infomercial is stunning.
Real political leadership will be examining this moment as a potential turning point for reducing global dependence on fossil fuels, as opposed to Minister Savages and the UCP aim of achieving world peace through increased Alberta oil and gas production. Clearly not a Nobel contender.

My former Federal MP Yurdiga , spouted our oil is more ethical, so often it was disturbing.
As if ethical produced oil was less polluting and it appeared to me he resolution on this, that he actually was convinced ethical oil produced less or no CO2.