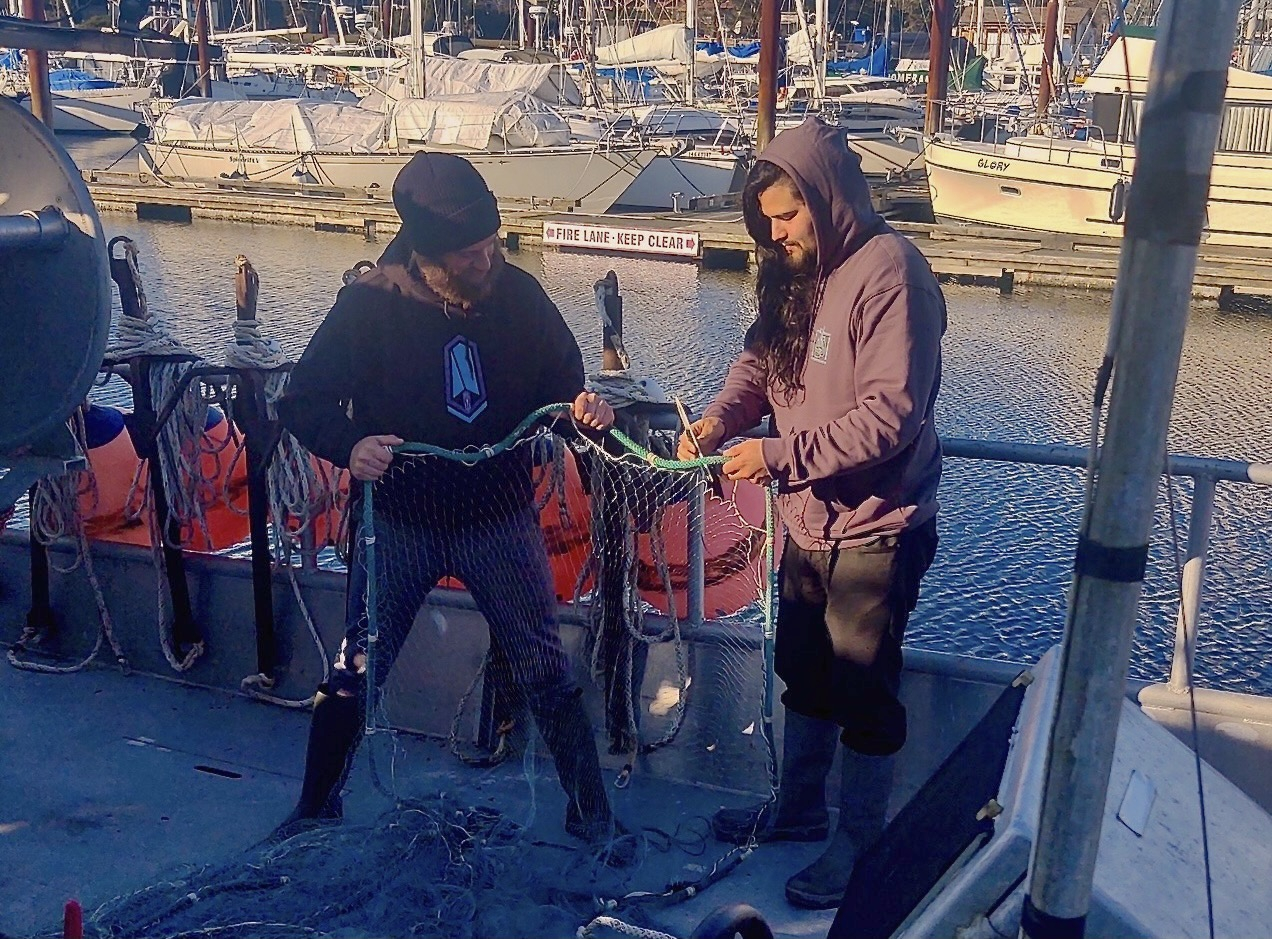 B.C. fishers like Lee Weaver and James Lawson are getting little support from government after massive closures to the salmon fishery, says the fish harvester’s union. Photo by Arend Munroe
Previous story
Next story

The West Coast fishing sector is being hung out to dry and deserves a just transition like other climate-affected industries after the federal government put in widespread closures to the salmon fishery last year, the fish harvesters union says.

Hundreds of millions of dollars have been allocated to farmers and forestry workers in B.C. to deal with the negative impacts of climate change as well as new environmental policies to help the industries adapt, Lawson said, but nothing similar is there to help commercial fishers impacted by the same issues.

It’s commendable that government is supporting sister industries, but fishing sector workers are being overlooked by the federal and provincial governments, said Lawson, a longtime fisherman and boat owner based in Campbell River.

“It’s put a lot of people in tough spots. People are defaulting on loans, losing homes, all sorts of things,” he said, adding workers in other industries are getting emergency compensation or training and retirement packages.

“I don't know why we're not seeing the same things.”

Nearly 60 per cent of B.C.’s commercial salmon fisheries were shuttered last year by the federal government in a radical bid to save salmon stocks, many on the brink of extinction.

Fish harvesters still haven’t received any concrete details on the licence buyback program or a timeline for its implementation, Lawson said.

People in B.C.'s fishing sector are defaulting on loans and losing homes after massive closures of the salmon fishery, and are getting zero supports from the federal or provincial government, says @UFAWU_Unifor president and fisher James Lawson.

Regardless, a buyback program is wholly inadequate to cover the financial devastation being experienced by thousands of workers and fishers who bring wild salmon to people’s kitchen tables, he said.

Many commercial fishing boat owners and crews don’t own salmon licences, but rather lease them or fish for licence-holders — some being large seafood processing companies.

“Me along with thousands of other people who are part of the labour force that bring seafood from the ocean to the processing plant are totally being left out of any kind of compensation package,” Lawson said.

Additionally, all commercial salmon boat owners — licence-holders or not — have invested thousands upon thousands of dollars in their vessels, equipment and gear, moorage, insurance, and maintenance and inspections, he said.

And the negative impacts of the commercial salmon closures are being compounded after new Fisheries Minister Joyce Murray recently reduced the commercial herring fishery by half, he added.

“[Minister] Joyce Murray has told us we're just going to have to transform,” Lawson said.

“The amount of investment, time and energy that goes into these sustainable fisheries operations, you can't just walk away from it. We're heavily invested.”

Federal NDP fisheries critic Lisa Marie Barron agreed that more supports are needed for both the commercial and sport salmon fishing sectors, which are experiencing drastic changes in order to conserve wild salmon.

“The licence buyback program is very limited because it doesn’t provide financial supports for people who are out of work,” Barron said, adding a wider program that includes training opportunities is necessary.

“How is this going to look moving forward? There's just not enough information being communicated for these communities and fishers to be able to make plans for the future.”

The issues fishing sector workers are grappling with are similar to those seen by aquaculture workers who are facing job losses with the pending closures of salmon farms in the Discovery Islands region and the shift to closed containment facilities, said Barron, who tabled a private member’s bill in Parliament on Friday that included a call for a transition plan for workers at fish farms.

“We need to be looking at our industries and making them more sustainable to conserve our salmon … but we can't be leaving workers behind in that process,” she said.

The impacts of the salmon fisheries closures on harvesters is not lost on the minister, said Claire Teichman, press secretary for Murray in an email on Monday.

“The protection of wild Pacific salmon is a priority for British Columbians,” Teichman said, noting climate change, the province's recent landslides and flooding, habitat loss and fishing pressures have all negatively affected endangered salmon stocks at every stage of the lifecycle.

“It is our shared responsibility to give these species a fighting chance,” she said.

DFO is engaging with commercial salmon licence-holders to collaboratively develop the buyback program, assess fair market value for the licences and design the initiative, Teichman said.

“License holders will be given an opportunity to relinquish their licenses this year,” she said.

“As well, supports will be offered to dispose of vessels and non-selective fishing gear.”

Concrete details and timelines are thin on the ground, Lawson said.

After repeated engagement sessions with the ministry, it’s still not clear what, if anything, will come down the pipeline for the sector, Lawson said.

“We're all kind of in the lurch here waiting to see what's going to happen,” he said.

Meanwhile, the cumulative effects of shrinking fisheries across the board, and the abrupt closures of the majority of the salmon fisheries, are squeezing many harvesters to a breaking point, said Lawson.

“We thought it was going to be bad enough after just the salmon closures that we added a mental health package to our benefits for fishermen,” he said.

“Because we know a lot of people are going to be going through a tough mental and emotional time having the only livelihood they know stripped away from them.”

This article was updated to include comments from the Ministry of Fisheries and Oceans Canada.