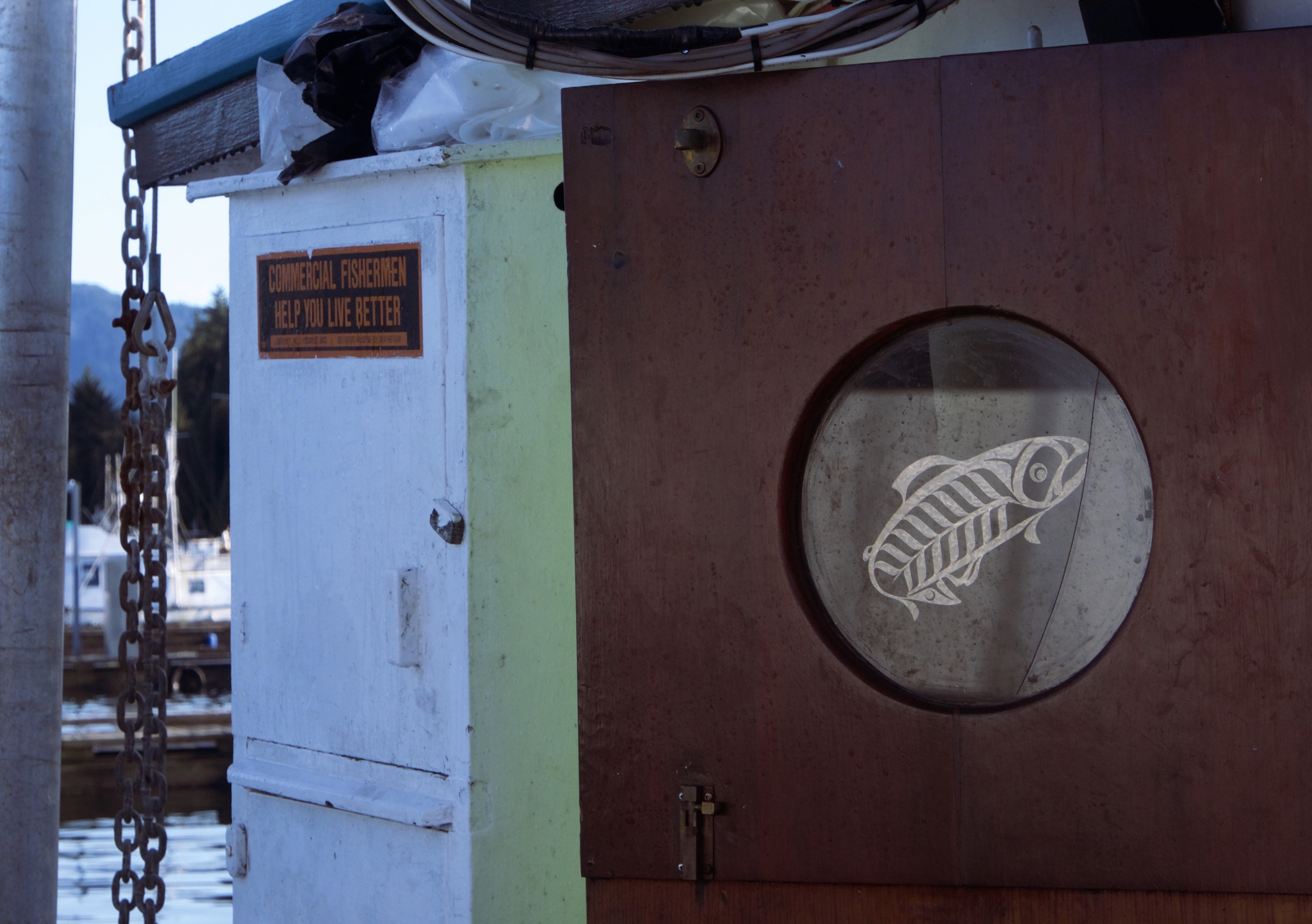 Commercial salmon fishing — once the cultural and economic backbone of coastal B.C. — will be significantly diminished to protect the salmon, the federal government announced Tuesday. Photo by Marc Fawcett-Atkinson
Previous story
Next story

Commercial salmon fishing will be closed in most of coastal B.C. this year and into the foreseeable future to save the West Coast's critically low fish stocks, the federal government announced Tuesday.

Nearly 60 per cent of the province's commercial salmon fisheries, once the economic and cultural backbone of the B.C. coast, will be forced to shutter in 2021, Fisheries and Oceans Canada (DFO) said. Yukon salmon rivers will also be closed to all commercial fishing in 2021, while recreational fisheries in both Yukon and B.C. will be restricted. Many of B.C.'s coastal fisheries will likely not reopen to commercial harvesting for years in an attempt to revive the province's dwindling salmon populations.

“No fisheries minister wants to make these kinds of decisions, because they're very difficult and impact people's livelihoods,” said federal Fisheries Minister Bernadette Jordan. “(But) no fisheries minister wants to be the minister when the stock collapses, and that's where we are right now with Pacific salmon — it's a stock on the verge of collapse. If we don't do everything we can, we won't have salmon.”

Pacific salmon are in a long-term decline, with many runs verging on collapse as they struggle to survive climate change, habitat destruction and overfishing. Last year saw the lowest global salmon catch since 1982, according to the North Pacific Anadromous Fish Commission, an international organization protecting wild salmon and other fish.

The province's salmon harvesters — many of them independent and nearing retirement — are also struggling after years of dangerously low catches, according to a report published by the United Fish and Allied Workers Union this spring.

Under the program, fish harvesters will be able to sell their licences back to the government at market value. Financially depleted after years of bad harvests, these licence buybacks will be many harvesters' main retirement income, noted Tasha Sutcliffe, senior adviser for community fisheries at Ecotrust Canada.

First Nations communities that hold one of 127 communal commercial licences will be able to shift to fishing techniques less-damaging to salmon or use the licences to catch other healthy commercial species, like halibut.

“Some First Nations do harvest commercially, but they're coming to the realization that something needs to be done to preserve our stocks,” said Chief Dalton Silver, fisheries representative for the Union of B.C. Indian Chiefs. Salmon are key to food security and cultural well-being for many Indigenous people in the province. Preserving them is essential, even if it impacts First Nations' commercial fisheries, he said.

“I think a lot of our people would feel better if there was a complete halt to the commercial aspect of the fishery (to) allow the stocks to rebuild,” he said, noting that while not all Indigenous people agree entirely with that position, it is becoming more commonplace.

Commercial salmon fishing will be closed in most of coastal B.C., the federal government announced Tuesday. #Salmon #BC

“It's incredibly sad,” said Aaron Hill, executive director of Watershed Watch, an organization working to bring back B.C.'s salmon. “When we see a fishery closure, it's a collective failure of all of us to manage our salmon and fisheries better over the last decades (to) avoid such drastic measures and their social and economic consequences.”

It is essential the licence buyback program adequately supports fish harvesters who have seen their livelihoods disappear, said Hill. Overfishing is only one of the factors driving the species' decline, with climate change, open-pen fish farms and habitat destruction also to blame.

“The salmon crisis is not the fault of working fishermen,” he explained.

Looking ahead, he hopes this decision will make a profound shift in how salmon is managed and harvested in B.C. That means moving to fishing techniques that increase the market value of each fish while reducing the overall environmental impact of commercial fishing.

For example, fishing by troll — a technique that relies on hooks and line — or harvesting fish once they reach their spawning river can send higher-quality fish to market with less ecological impact. Techniques that help harvesters only retain fish from the healthiest runs, like genetic testing, could also help make any future fisheries more sustainable, he said.

“I've always said that if (Indigenous people) were involved from the very beginning, upon contact, with the management of our resources, we'd all be in a lot better place today,” he said. It's an approach that has gained significant attention recently thanks to several researchers and its adoption by global seafood ranking organization Ocean Wise this spring.

DFO has committed to working with First Nations to revive the salmon, said Jordan, Canada's fisheries minister. The ministry will also work with fish harvesters, environmental groups and other organizations to bring the fish back.

“There's no one thing that's going to solve the problem, but if we don't start taking these measures now, there's going to be no salmon to protect,” she said. “I think we have a moment in time, and that window is closing. I think if we don't do this now, it will be too late — but I still think we have the ability to make a difference.”

I recall my first year (1982) in Johnstone Straight with my new sailboat. I encountered the fishing fleet that August in the straight and could not believe that any fish would pass through the wall of huge purse seine nets set there. You could still easily catch coho in the channels of the Broughton Archipelago. Returning in 2016 it was not the same in the Archipelago and I wondered where did all the fish go? Aside from rather obvious overfishing the only change that I could witness was the many fish farms in the area. If we are finally going to shut down commercial fishing we best also shut down the fish farms as well.

I agree, this is another one

I agree, this is another one of those non-linear problems, like COVID, that we can't solve using linear thinking. For instance, reducing pressure on the stocks by 50% will not soon result in 50% more fish. If they want the salmon to recover quickly they need to look at the whole picture and that clearly includes fish farms and where evidence is incomplete, employ a precautionary principle. I'm fairly confident that the DFO scientists would have done this, but I'm less confident that DFO ministry have the political will to treat this as a non-linear problem, a problem that can't be negotiated, a recovery strategy that can't be watered down.

I believe this Minister is

I believe this Minister is shutting down the fish farms at least in the Broughton Archipelago at the request of Indigenous communities there. She has used the word "reconciliation" and has taken appropriate action in its name. She has refused permits for the farms to replenish their stocks this fall. The solution is, of course, to move their operations to land in closed containment environments. It's obvious that the farms have been operating without accounting for the effects of the waste, pests and disease they have dumped into marine ecosystems free of cost for decades.

These acts together make this the best and most courageous Minister of Fisheries during my 42 years on the coast.

This is not the first

This is not the first Canadian fishery to collapse. If First Nations had a co-management role in the fishery the collapse of the B.C. salmon fishery could have been averted.

Is it just me, or does DFO

Is it just me, or does DFO always seem to be the last ones to the resuscitation of a fishery? I've been reading about the salmon fishery being in desperate peril for several years. I'm old enough to remember the collapse of the cod fishery on the other coast.

I think it's just another

I think it's just another example of applying linear thinking to a non-linear problem. Kind of like the early attempts by some to sort of negotiate with the COVID-19 virus. What if we only do half of what is needed? Will we get half the benefit? It didn't work for the cod, it didn't work for COVID and it certainly hasn't worked for the salmon. The recipe for disaster? Take a clear cut problem and then dilute down the fix by 50%. A concrete example: Just got bitten by a rattlesnake? How about taking a half dose of anti-venom and expecting to get half-better? Most things in the natural world do not work that way - are not even aware of our good intentions, in order to respect our compromises and half-measures.

At least that's my best guess.

I'd say yes and no. The linear thinking happens, but it's not really a cause. The cause is that there are interest groups with political muscle and money that really don't want to make less profit next quarter (few of these have ever actually seen a fishing boat--it's not ordinary fishers making the profits). They lean on government departments such as DFO, and the government departments look for whatever kind of thinking will let them pretend to themselves that they are managing the fishery well, while simultaneously giving the profiteers what they want.
Until disaster stares them in the face and they realize if they don't do something fast the party is over and there won't be any more next quarters. Then maybe they let the scientists do some of the stuff they've been saying all along should be done.