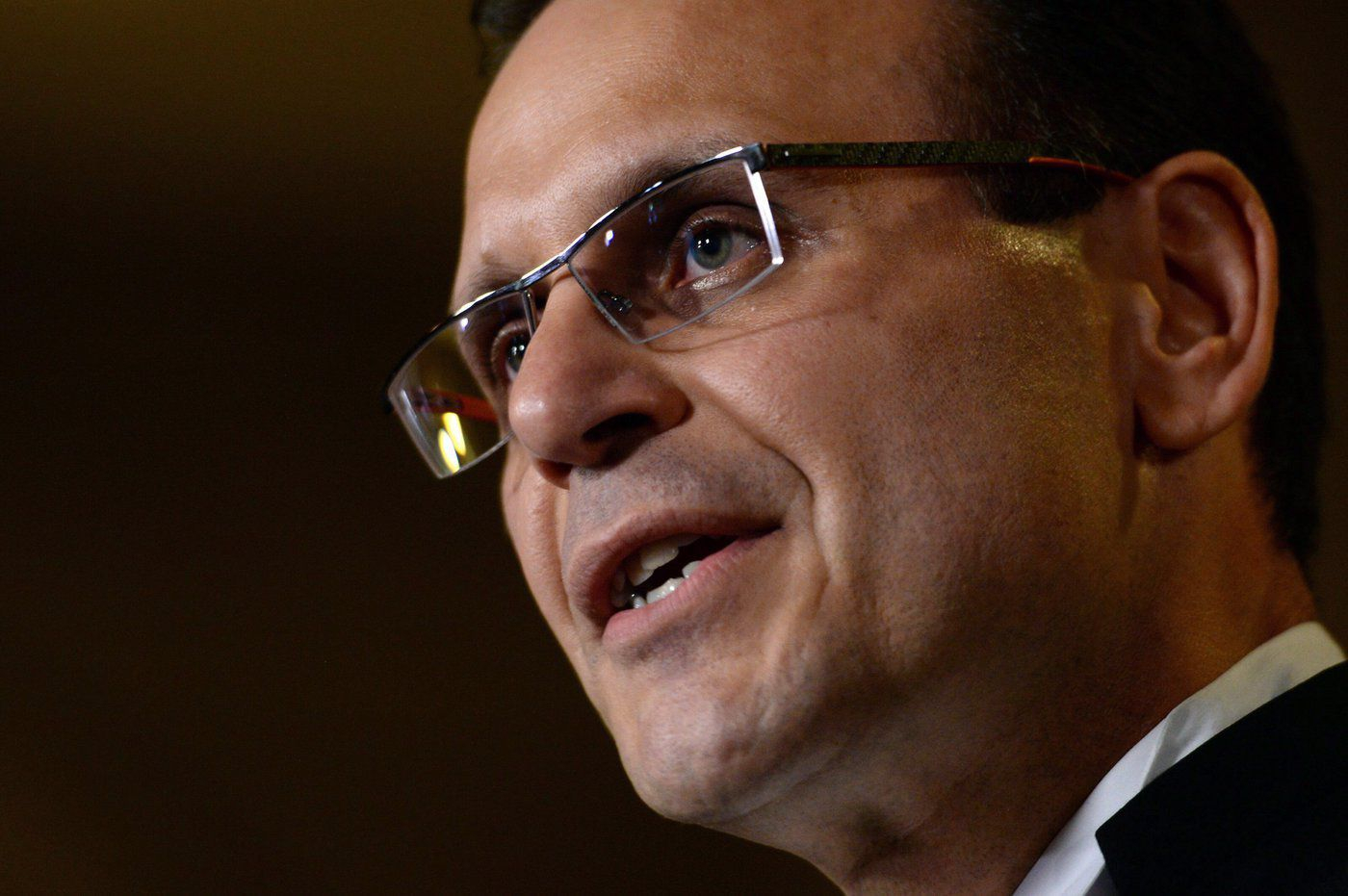 Speaker of the Senate Leo Housakos speaks at a news conference in the Senate foyer on Parliament Hill in Ottawa on Tuesday, June 9, 2015. File photo by The Canadian Press/Sean Kilpatrick
Previous story

A Conservative senator from Quebec helping Pierre Poilievre try to win leadership of the party is criticizing Jean Charest as a "Conservative of convenience," who on Monday nabbed an endorsement from another potential contender.

Leo Housakos, a co-chair on Poilievre's campaign, worked as a field organizer for Jean Charest in Montreal back when he ran for leadership in 1993. He says the former federal Progressive Conservative leader and Quebec premier is a blast from the past and has not stayed active in the modern version of the party.

"He wants to relive a missed opportunity," Housakos said Monday.

The efforts by Poilievre's campaign to dismiss the potential rival's Conservative credentials to party members are happening even before Charest, 63, has officially entered the race.

Charest is planning to launch his campaign in Calgary Thursday, which comes more than a month after Poilievre, who has begun fundraising and hosting events, declared he wanted to be the next Conservative leader.

"There is significant momentum building towards a launch on Thursday. Calgary will be the first stop on his tour," Michelle Coates Mather, the campaign's director of communications, wrote in an email to the Canadian Press.

When it comes to Charest, he met last week at a reception with some 40 senators and MPs about the possibility of running and told reporters before the party's race rules came out that he was waiting for those details before making a final decision.

Candidates have until April 19 to declare their intention and June 3 to submit membership applications. Charest supporters are already working to get a campaign in place in the event he chooses to run.

Copies of the emails, which were obtained by The Canadian Press, show Rayes says he wants to be sure plans are in place that can be mobilized quickly to support Charest's campaign, if he chooses to run.

With the House of Commons on a two-week break, other prospective candidates are reading through race rules, assembling their teams and discussing details around potential launches.

The list of prospective names grew shorter by one on Monday when political commentator Tasha Kheiriddin revealed that after considering a bid for the party's leadership, she decided against doing so and would instead back Charest, all but confirming his impending candidacy.

"I wish to announce that I will not be seeking the leadership of the Conservative Party of Canada. I sincerely thank all my supporters and ask them to join me in supporting the candidate that I believe can best unify the party and win the next election, the Hon. Jean J. Charest," Kheiriddin wrote on Twitter.

I wish to announce that I will not be seeking the leadership of the Conservative Party of Canada. I sincerely thank all my supporters and ask them to join me in supporting the candidate that I believe can best unify the party and win the next election, the Hon. Jean J. Charest.

"Mr. Charest shares my vision of a united party that speaks to every region of the country ... I look forward to contributing my ideas and effort to Jean Charest's campaign."

Poilievre, who remains the only declared candidate in the race, took to social media earlier in the day to slam Charest as being in favour of Prime Minister Justin Trudeau's federal carbon price.

Charest, who ushered in a cap-and-trade system in Quebec while he was premier, has not directly responded to the criticism from Poilievre's campaign.

Quebec MP Gerard Deltell, who wants Charest to enter the race, has dismissed it as political gamesmanship.

Housakos said Monday what he and others are saying is simply a matter of public record.

Last week in Regina, Poilievre, for his part, characterized these attacks as "honest disagreements" about policy and not being personal.

Poilievre is set to head to Toronto this week to meet members of cultural communities who are among the groups the Conservative party needs to grow its support in if it hopes to win more seats around the major city and one day form government.