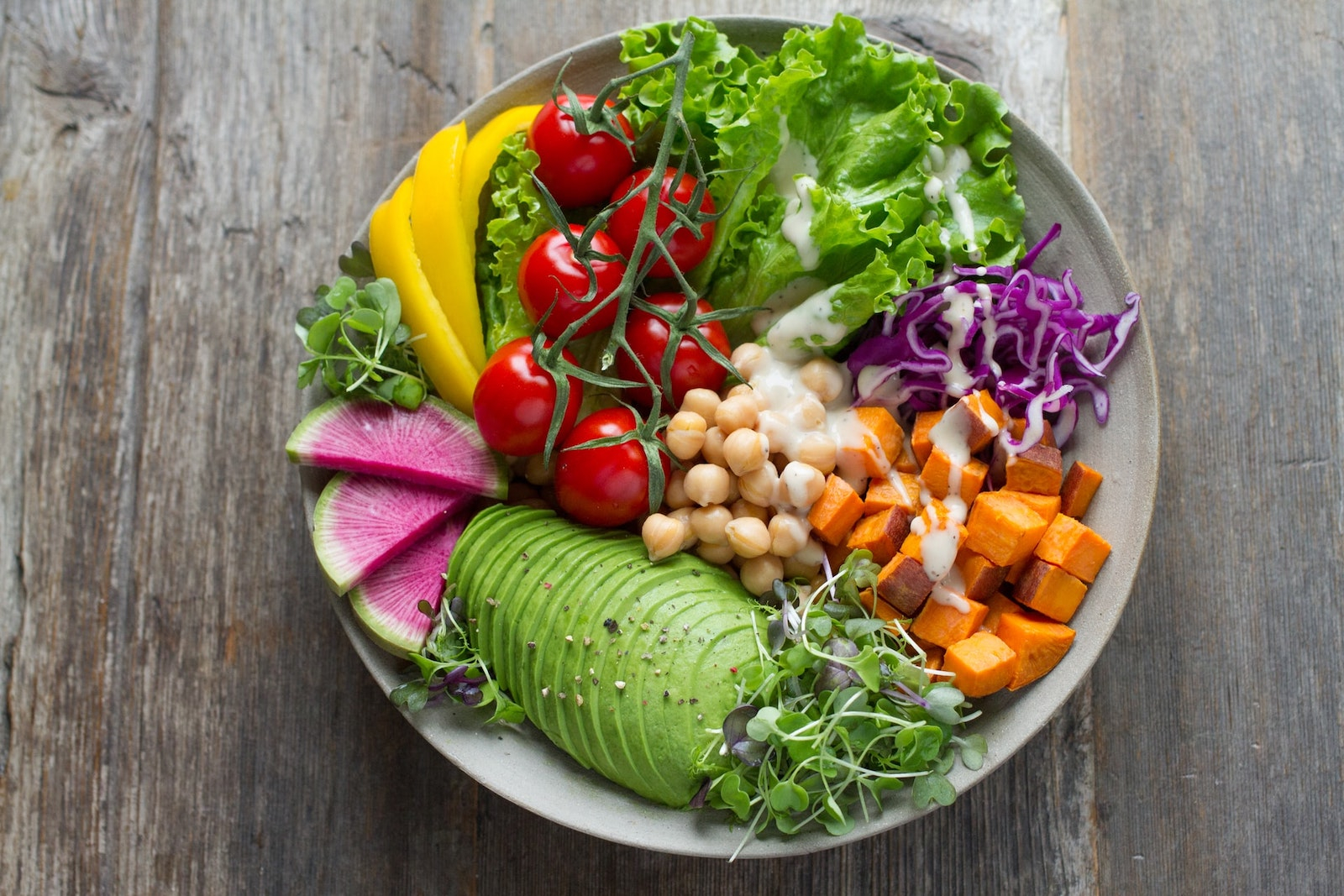 One of the six key lifestyle changes that can help avert the climate crisis, is eatting a largely plant-based diet, with healthy portions and no waste: The Jump campaign. Photo by Anna Pelzer / Unsplash
Previous story
Next story

The study found that sticking to six specific commitments – from flying no more than once every three years to only buying three new items of clothing a year – could rein in the runaway consumption that is partially driving the climate crisis.

The research carried out by academics at Leeds University and analysed by experts at the global engineering firm Arup and the C40 group of world cities, found that making the six commitments could account for a quarter of the emissions reductions required to keep the global heating down to 1.5C.

The study was published on Monday alongside the launch of a new climate movement to persuade and support relatively well off people to make “The Jump” and sign up to the six pledges.

Tom Bailey, co-founder of the campaign said: “This ends once and for all the debate about whether citizens can have a role in protecting our earth. We don’t have time to wait for one group to act, we need ‘all action from all actors now’.”

Last week the Intergovernmental Panel on Climate Change (IPCC) issued its “bleakest warning yet”, saying the climate crisis was accelerating rapidly with only a narrow chance left of avoiding its worst ravages.

Bailey said as the world reaches the edge of ecological collapse, it needed a workable alternative to this ‘universal consumer society’ in the next decade.

“The research is clear that governments and the private sector have the largest role to play but it is also equally clear from our analysis that individuals and communities can make a huge difference.”

The Jump campaign asks people to sign up to take the following six “shifts” for one, three or six months:

Wondering what YOU can do individually to prevent #climatebreakdown? According to research conducted by Leeds University professors, the global engineering firm Arup and @c40cities, these 6 simple habits can effectively help! Join @taketheJUMPnow! https://t.co/Rax63RTOg6 pic.twitter.com/2h6CEjzpYz

The campaign was officially kicked off on Saturday and Bailey said there was already a growing movement emerging in response to the evidence with Jump groups up and running around the country.

“This is not just new information, or a normal behaviour change ‘campaign’, but a fun movement that is working to go way beyond the usual ‘greenie’ suspects,” said Bailey. “A movement that is able to engage all types of people … engaging and being led by communities of colour and the economically excluded.”

Bailey said there has been a widespread belief in climate circles in recent years that individual action was relatively ineffective and the only option was to get out on the streets and demand system change from governments and corporations.

“Obviously this is still hugely important but what this research shows is that there is a role for a new joyful climate movement which can help lead the way to less stuff and more joy.”

Some of the shifts the campaign calls for are, at least partially, dependent on systemic change – the prohibitive cost of train fares might leave individuals with little choice but to use short haul flights for essential journeys; public transport maybe expensive or nonexistent in areas of the country, leaving people with no choice but to use their car.

Bailey was the lead author of Labour’s plan to decarbonise the UK’s energy sector at the last election. He has worked in the green energy sector in the UK, US and China for the past 15 years, and said individual actions could have a cascade effect, leading to community level action and ultimately contributing to systemic change.

Although not everyone would be able to commit to all the pledges, just “making a start” could have a big impact, he said.

“This isn’t going back to the stone age, it’s just finding a balance. Less consuming in relatively rich western countries can mean more creativity, comedy, connection … Live for joy, not for stuff.”

The research is based on a study by academics at Leeds University, Arup and the C40 group of leading cities which assesses the impact of consumption by people in the world’s leading cities.

Analysis of that data has found that six steps set out above could cut global emissions by between 25% and 27%.

Ben Smith, director of climate change at Arup, who led the analysis said that as scientific evidence mounts, it was clear that all sections of society had to act.

“Our research shows that all of us, from politicians, city and business leaders to individual citizens, have important roles to play. And it is clear there’s lots that we can do as individuals, and that this is one of the easiest and quickest places to start”.

So I should commit "for six

So I should commit "for six months" to only long-haul flying once in eight years? Sure, I can do that.