Rethinking your ink in service of the planet

By Becky Rynor | Opinion | March 10th 2022
#1 of 7 articles from the Special Report: One small thing: Taking action in the climate crisis 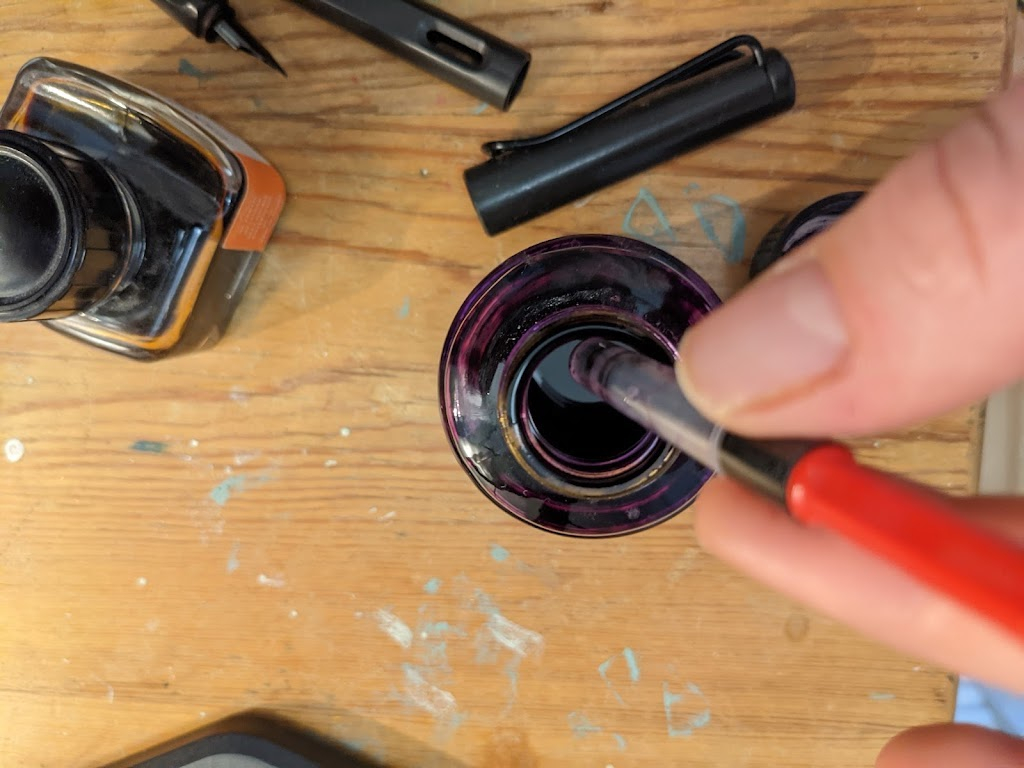 Adelle Farrelly never has to scrabble through drawers, handbags or backpacks looking for a pen. She always knows where to find one because she has just one. One refillable, reusable, go-to pen she has been using for about 12 years.

“I am sure I have saved a lot of disposable pens by having this one,” she says.

While she was originally more inspired by her pen’s esthetics — a modern take on the old-fashioned fountain pen — it has since become a small environmental action, buying ink by the bottle, then using a small siphon to refill the reservoir. The metal nib can also be replaced.

“I don’t like disposable things,” she says. “It was about $40 when I bought it, which sounds like a lot, but if you wanted to have just the one pen, it’s low effort and any stationery store has them.”

It’s a small action, done individually. But when you consider how many pens get chucked in the garbage every year, it starts to look bigger. Waste management expert and co-founder of Waste Watch Ottawa, Duncan Bury estimates Canadians throw away at least 354 million plastic pens annually, based on the number of households and businesses in Canada at a replacement rate of two a year. He says the real figure would be much higher. The U.S. Environmental Protection Agency puts that number at 1.6 billion pens annually.

Weaning ourselves off single-use plastic products such as disposable pens or straws may seem small or insignificant, but it’s a good place to start.

If you could do one thing right now to help save the environment, what would that be?

This monthly column will explore those small, individual actions. Could you give up or use fewer paper towels? Use your clothes dryer less or not at all? Maybe you are already doing something small — or big — that is environmentally friendly that you are proud of and could share.

Farrelly also says it has to be something that fits your life. For her, that means “buying once instead of buying several times.”

“If you find a long-lasting product that you know you’re going to keep for years and years and years, that ends up being greener,” she says. “It can be trendy to buy certain eco-friendly products, but if those things just end up in your closet, you end up with too many reusable water bottles, for example.”

Opinion: Adelle Farrelly never has to scrabble through drawers, handbags or backpacks looking for a pen — because she has just one, writes Becky Rynor. #OneSmallThing #ClimateAction

In that case, your first action could be to stop buying bottled water, start using one of those reusable bottles and give the others to friends and family to start using.

There — you have just taken your first step to a greener life. What could you do next?

Comment below to let us know what small things you’re doing to protect the planet! We would like to hear how you are trying to be kinder to the environment.

Get a mechanical pencil!

Get a mechanical pencil!
Go digital!

How many people nowadays use

How many people nowadays use pens enough that they finish the ink in an ordinary disposable-ish pen before several years pass? "Disposable" pens are hardly in the same category as straws; the article actually refers to them as "single use" at one point--what on earth?
It's not a terrible idea, but first, it's not in the top 1000 things a person might do for the environment even thinking in terms of individual consumption, and second, individual consumption is a terrible frame for thinking about the environment. If you're going to talk about individual consumption, you better have a really solid angle on stuff that will make a big difference or you're doing more harm than good.

In fact, we know that oil and plastic sector corporate PR produces many articles along precisely these lines, to try to get people to think in this frame instead of thinking about group action to influence public policies that would make real differences (to the environment and to their corporate bottom lines). While the author of this article is probably not a corporate PR person, they should perhaps take a step back and wonder if writing articles indistinguishable from corporate spin is really the direction they should be going if they want the environment to get protected.