Security Council will hear Russian claim of US labs in Ukraine 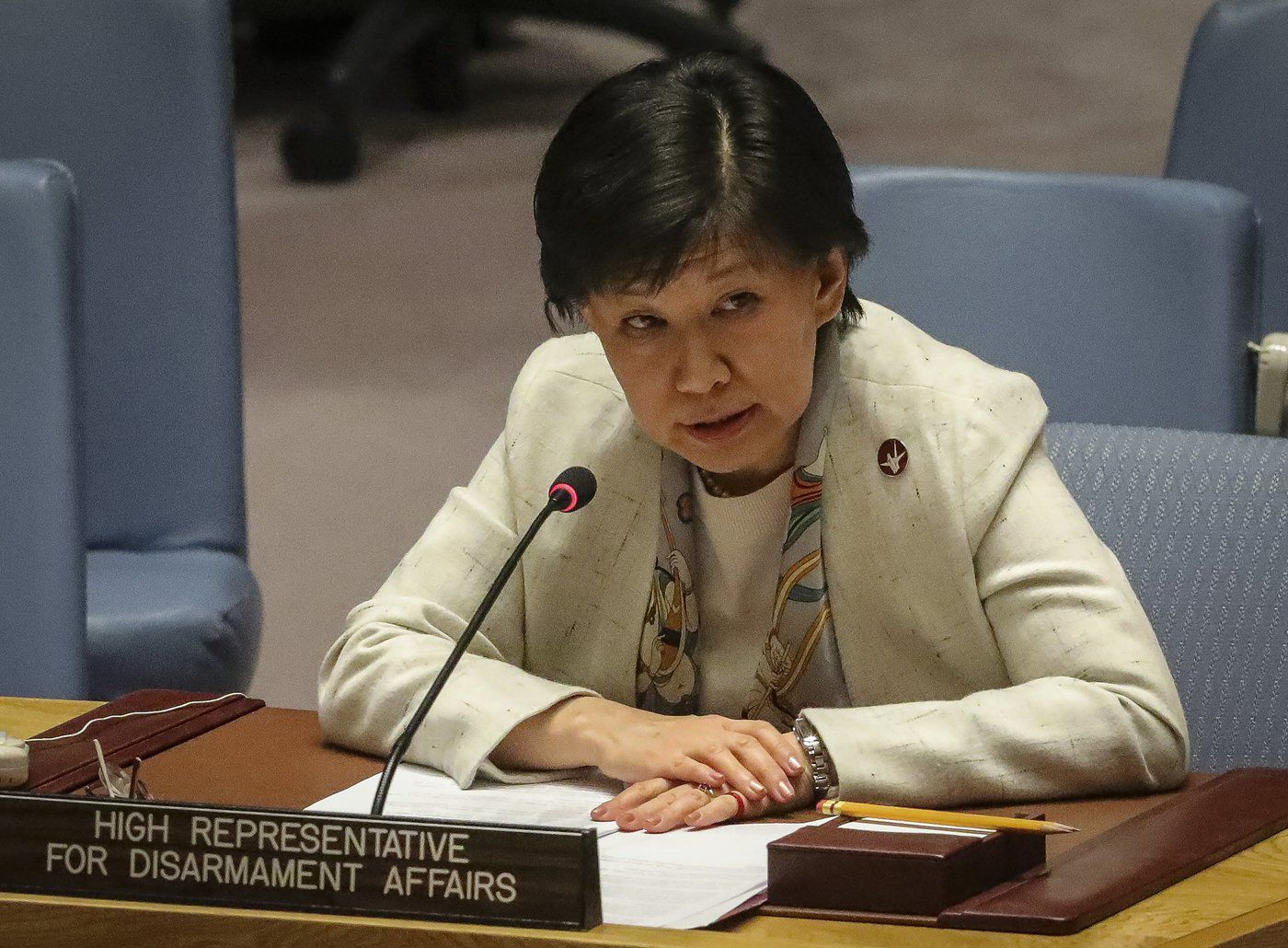 The U.N. Security Council scheduled a meeting Friday at Russia’s request to discuss what Moscow claims are “the military biological activities of the U.S. on the territory of Ukraine,” allegations vehemently denied by Ukraine's leader and the Biden administration.

“This is exactly the kind of false flag effort we have warned Russia might initiate to justify a biological or chemical weapons attack," Olivia Dalton, spokesperson for the U.S. Mission to the United Nations, said late Thursday. “We’re not going to let Russia gaslight the world or use the U.N. Security Council as a venue for promoting their disinformation.“

The Russian request, announced in a tweet Thursday afternoon from its first deputy U.N. ambassador, Dmitry Polyansky, follows the U.S. rejection of Russian accusations that Ukraine is running chemical and biological labs with U.S. support.

In response to this week’s accusations by Russian Foreign Ministry spokeswoman Maria Zakharova — made without evidence — White House press secretary Jen Psaki warned that Russia might use chemical or biological weapons against Ukraine, the neighbor it has invaded.

Psaki called Russia’s claim “preposterous” and tweeted: “This is all an obvious ploy by Russia to try to justify its further premeditated, unprovoked, and unjustified attack on Ukraine.”

Ukrainian President Volodymyr Zelenskyy denied Russia’s accusation that Ukraine is preparing to attack with chemical or biological weapons. Like Psaki, he said the accusation itself was a bad sign.

“That worries me very much because we have often been convinced that if you want to know Russia’s plans, they are what Russia accuses others of,” he said late Thursday in his nightly address to the nation.

“I am a reasonable person. The president of a reasonable country and reasonable people. I am the father of two children,” he said. “And no chemical or any other weapon of mass destruction has been developed on my land. The whole world knows this.”

Dalton said “Russia has a well-documented history of using chemical weapons and has long maintained a biological weapons program in violation of international law" as well as “a track record of falsely accusing the West of the very violations that Russia itself is perpetrating."

A tweet from Russia’s Ministry of Defense, after Polyansky’s tweet calling for a council meeting, referred to a “briefing on the results of the analysis of documents related to the military biological activities of the United States on the territory of Ukraine.”

The U.N. announced Thursday evening that the meeting will take place at 10 a.m. but then pushed it back to 11 a.m. U.N. disarmament chief Izumi Nakamitsu and U.N. political chief Rosemary DiCarlo are scheduled to brief the council.

The United States for months has warned about Russian “false flag” operations to create a pretext for the invasion.

The White House warning, and Dalton's statement Thursday, suggested Russia might seek to create a pretense for further escalating the two-week-old conflict that has seen the Russian offensive slowed, but not stopped, by stronger-than-expected Ukrainian defenders.

The international community for years has assessed that Russia used chemical weapons in carrying out assassination attempts against Putin enemies like Alexey Navalny, now in a Russian prison, and former spy Sergei Skripal, who lives in the United Kingdom. Russia also supports the Assad government in Syria, which has used chemical weapons against its people in an 11-year civil war.

The Security Council held its monthly meeting Thursday on Syria’s chemical weapons with disarmament chief Nakamitsu criticizing the Syrian government for repeatedly refusing to answer questions about its chemical weapons program and urging the Assad government to do so.

Last June, the head of the international chemical weapons watchdog, Fernando Arias, said its experts investigated 77 allegations against Syria and concluded that in 17 cases chemical weapons were likely or definitely used.

Nakamitsu ended her statement on Thursday by saying: “The use of chemical weapons is a grave violation of international law and an affront to our shared humanity.”

“We need to remain vigilant to ensure that those awful weapons are never used again, and are eliminated, not only in Syria, but everywhere,” she said.

U.S. deputy ambassador Richard Mills said that unfortunately Syria has help on the council from its ally Russia, which he said “has repeatedly spread disinformation regarding Syria’s repeated use of chemical weapons.”

“The recent web of lies that Russia has cast in an attempt to justify the premeditated and unjustified war it has undertaken against Ukraine, should make clear, once and for all, that Russia also cannot be trusted when it talks about chemical weapon use in Syria,” Mills said.

Britain’s deputy ambassador, James Kariuki, told the council that “the parallels” between Russia’s action in Ukraine — “besieging cities, killing civilians indiscriminately, forcing millions to flee in search of safety” — and its actions in Syria “are clear.”

“Regrettably, the comparison also extends to chemical weapons, as we see the familiar specter of Russian chemical weapons disinformation raising its head in Ukraine,” he said.