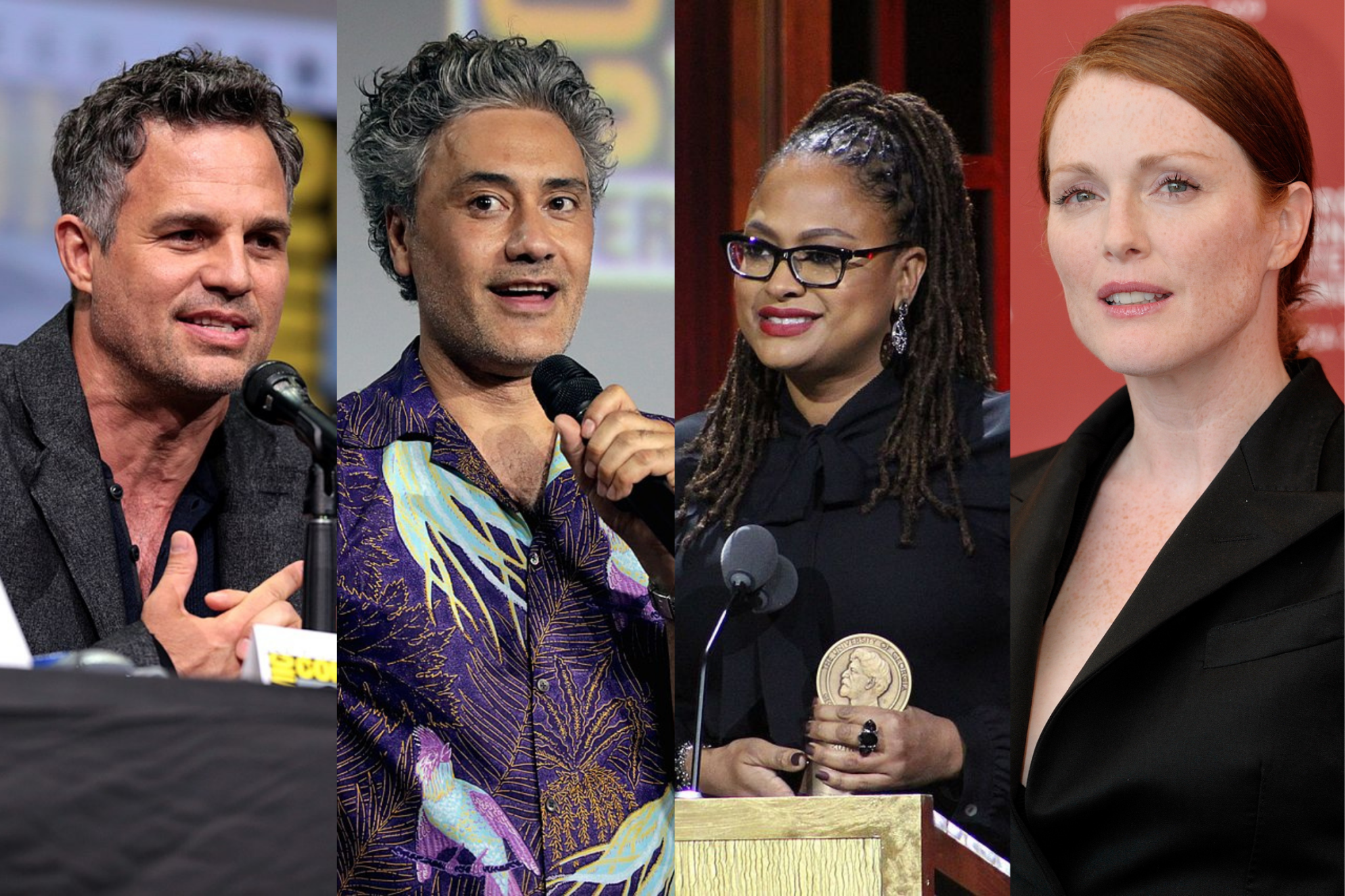 Dozens of celebrities are voicing their opposition to the Coastal GasLink pipeline slated to run through unceded Wet’suwet’en territory in northern B.C. by demanding the Royal Bank of Canada divest its financial support from the project.

RBC is the parent company of City National Bank, sometimes referred to as the “Bank to the Stars” for its relations with Hollywood. On Wednesday, an open letter was posted on nomoredirtybanks.com signed by celebrities such as Mark Ruffalo, Taika Waititi, Ava DuVernay and Julianne Moore.

“In bolstering RBC’s portfolio, valuation, and reserve capacity, our ‘bank to the stars’ is aiding projects that violate Indigenous rights as stated by the UN High Commissioner’s Office on Human Rights. We refuse to allow our industry’s bank of choice to be unethical at any level, to accelerate the climate crisis, or to facilitate the abuse (of) the rights of Indigenous Peoples,” reads part of the letter.

The letter notes RBC’s sizable stake in the pipeline — the bank tops the list of financiers for the $6.6-billion project by co-financing a $6.5-billion loan, a $40-million corporate loan and $200 million in co-financed working capital.

The callout comes after Wet’suwet’en leadership’s promise to take the fight against Coastal GasLink to the banks. In December, Wet’suwet’en hereditary Chief Woos urged National Australia Bank to drop the pipeline.

At an online press conference launching the letter, Gidimt’en Checkpoint spokesperson Sleydo’ spoke about the “reoccupation” she and others have been undertaking for the past few years on Wet’suwet’en territory in an effort to stop pipeline construction, which has been met with militarized police raids and numerous arrests. The event was moderated by Melina Laboucan-Massimo, senior director of Indigenous Climate Action.

Sleydo’ said, although this campaign is about the Coastal GasLink pipeline, it speaks to a much larger issue of violence — the Canadian government and corporations are undermining Indigenous sovereignty and Wet’suwet’en law by enforcing an injunction granted to Coastal GasLink.

“Most recently, in November of 2021, we experienced one of the most violent raids yet on Wet’suwet’en territory. This was just months after a letter was sent to RBC asking them to meet with us to talk about the atrocities that were happening on our territory, where we got a generic response talking about how RBC respects Indigenous people and respects Indigenous rights and believed that Coastal GasLink had done the proper consultation and due diligence to go ahead with this project,” Sleydo’ said.

“And meanwhile, within months of that response, I was surrounded in my home on the territory with Indigenous youth and other land defenders while they pointed assault rifles in my face.”

The parent company of City National Bank, sometimes referred to as the “Bank to the Stars,” is facing pressure from high-profile Hollywood stars like @MarkRuffalo over its financing of the #CoastalGasLink pipeline in northern B.C.

Wet'suwet'en Hereditary Chief Na’Moks was also present and stressed the importance of putting pressure on financial institutions like RBC, noting: “It is time to make choices and make those choices for the better of everybody.”

In response to next steps following the letter, Ruffalo said if RBC doesn’t take its money out of Coastal GasLink, the signatories will withdraw their business from City National Bank and post the alternative financial institutions they go with on their campaign site.

go stars go! we appreciate your profile raising comments and support. Maybe come to the Wetsueten site? film the destruction to post on your media sites? interview the local rcmp about how they enjoy attacking first nations’ grandmas with rifles pointed at them? axing down cabin doors , dragging women by the hair?. big men need publicity for their pov!!!

"We refuse to allow our

"We refuse to allow our industry’s bank of choice to be unethical at any level"--Oh c'mon, they're a BANK. Can they even operate without being unethical?

I wondered how many of the

I wondered how many of the signatories hold no "unethical" investments, keep all their money in domestic banks, and pay their fair share of taxes.
Or are they asking a bank to "be a better person" than they themselves are.

I wonder if they wrote to an individual in charge of an area of investment, or just generally to RBC. Or if they pointed out in reply the complete inanity of the likes of this:
"how RBC respects Indigenous people and respects Indigenous rights and believed that Coastal GasLink had done the proper consultation and due diligence" ...
Good grief. As though facts are a matter of belief!!! The truth of the matter is that corporations don't have beliefs. They cannot. Banks, like governments, take decisions, have policies, etc. etc. And banks, unlike governments, do not *make* the law. They are required to follow them.
The truth of the matter is that if they had actually exercised due diligence (which they are required by law to do), they would have found that (as we all know) appropriate consent had not been obtained by CGL. Not because I say so, or First Nations say so, but because the Courts have said so. The highest court in Canada said so. So they should probably apply corrective measures.
Apparently CGL said so: but then they couldn't, either, have exercised due diligence.
In any event, CGL has through its RCMP proxy broken the law, and ignored court decisions. RCMP has ignored court decisions.
I worked in law for 3 decades. Most contracts have provisions around criminal or other illegal activity, providing that the party putting up the money, property, or other resources does not have to perform if the other party commits criminal or illegal activity in relation to the deal. I'm not allowed to use my home as a grow op, because if I do, the bank can call in my mortgage. Tenants can be evicted. Otherwise, they could be implicated.
And both CGL and RBC know that. If they don't, they should fire the head ofs their respective legal departments, because it's not a matter of belief or opinion: it's a matter of fact, a matter of law, and court decisions are included in that.